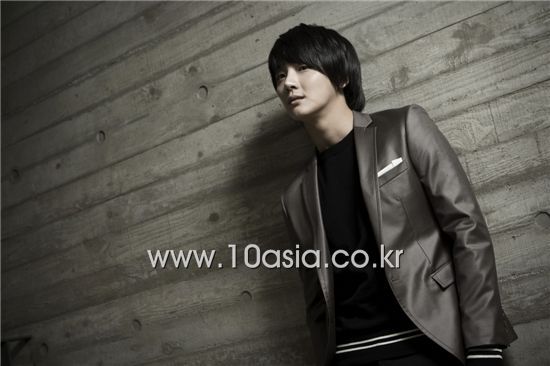 10: Is that why then? Some people make those around them feel uncomfortable while they're working hard but that's doesn't seem like what Tak-goo was like.
Yoon Si-yoon: He's someone that's just happy to do what he does. I never had to act the emotion of him being nervous when he gets results. He just did what he did, he got the results, and 'wow, I'm done', is what it was for him. And he only feels happiness because he enjoyed the process of what he did. The reason he smiled and jumped about after the competition wasn't because he won but because he could make bread out of boiled barley that the child who helped him gave him. That's why Tak-goo isn't a hero. He's just a kid who likes normalities.

10: That's why he's quite an amazing character as well. He himself says that he has been through hardships that are so severe that he has "done everything except for killing someone", but there's such an innocent side to him.
Yoon Si-yoon: The similarity between me and Tak-goo aren't the fact that we are both men of high caliber or are nice. Tak-goo has a short temper and is simple-minded. So I interpreted the power of positive thinking he has based on such simple-mindedness. There are people who can't contain their sadness when they feel it. Not because they're kind-hearted but because it feels uncomfortable. So Tak-goo says he's done everything in the past except for kill someone but he doesn't dwell on it. So I focused on expressing him as he is in his present state. Of course it's impossible for him not to miss his parents. It's just that he focuses on what he's doing in the state he is in -- the process of making bread. Because it's hard to handle pain that is so immense.

10: But Tak-goo matures through the process of focusing on his present. He vows he will not use get into fist fights and forgives Jin-goo.
Yoon Si-yoon: It's the factors around him which makes him mature rather than him maturing by himself. Tak-goo has actually never forgiven anyone before. He just accepts fate. 'Yes, okay, that can happen'. It's the people around him that help him mature in the process of him learning to accept them. The master at Palbong bakery teaches him about bread and Jin-goo becomes a friend that Tak-goo can rely on.

10: In that sense, I'm curious to know in what way you matured as an actor while meeting various people through your roles.
Yoon Si-yoon: I would be acknowledging how weak I am if there was a drastic change I went through that made me develop the most. So before, I was afraid of my weaknesses. I was thinking that since I'm playing the lead role, I need to take responsibility, I can't led the drama flop, and I can't become a burden on my senior actors. But I was wrong. I realized that acknowledging my weaknesses and telling people that I'm having a hard time was the right thing to do. I think that's how I've changed. That's also why I showed tears at the event held after the airing of the finale episode. I had felt that I was listening only to the echos of my own words when we had held a press conference announcing that the drama would be produced. And this was basically the essence of what every media outlet was asking. Do you know that your rival broadcasters are going to have major dramas coming out? How are you going to win them? And I had responded, 'Please keep an eye out for us since Tak-goo is a kid with the appeal that he will never lose'. But those were empty echos. And such thoughts that I had back then overlapped with when we had our wrap-up party. I didn't know there were so many actors in our drama. I had said 'Please believe in us' with almost no confidence at the press conference but it turns out that we achieved a myth thanks to all of these great people who helped and led the drama on. So I wanted to show everybody who had those questions. That they might have been looking only at me but that they now finally probably notice all these other people as well. "Bread, Love and Dreams" may have done well but I don't think anyone would regard me as the main character of a drama which reached viewership ratings of 50 percent. I'm still an actor with room for risk. But I think that because I'm that weak, the characters who support me can stand out more. I think it serves as the motivation for me to keep moving forward with them. So I like having that weakness about me. 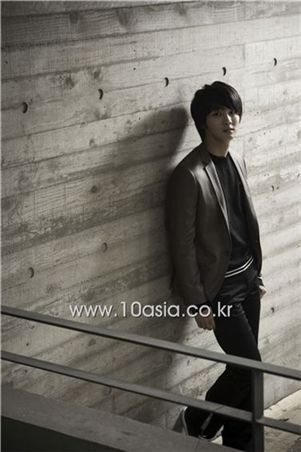 10: Well you said you received a lot of help from people around you but I wonder whether there has been a newcomer actor who clashes and conflicts so violently against seniors like Jun Kwang-ryul and Jeon In-hwa like you have done?
Yoon Si-yoon: I'm very positive-minded and also clueless. When we first tried reading our scripts together, the director and writer said they were surprised because I sat between the two (actors) and started acting between them. I didn't think much about it but it turns out they were thinking, 'He must not be afraid'. But I didn't feel any pressure from them. I just wanted to learn.

10: And how did they respond to that?
Yoon Si-yoon: Jeon said he thought, "Ah, this kid is really a hard worker". I lost my voice after we rehearsed that day. So he told me, "I know you're trying hard but what you need to do is loosen up". It was the same with Jeon. Her character always clashes so much with Tak-goo. But even right after she says mean lines to me while she's acting, she'd say, "Oh, good job good job" right after the director gives the cut sign so there was no reason I'd be nervous. She treated me so well.

10: What sort of influence do you think your experience on working on this drama have on your next role?
Yoon Si-yoon: Like I said before, the heart to love even my own weaknesses. I not have even more of the confidence to admit to who I am and be more of a team player. Because I know I can't make it alone.

10: It seems like you'll maintain that attitude even when you become a star.
Yoon Si-yoon: Of course. They say that the smartest people are the ones that know they are dumb. And I definitely want to become a strong person so that's even more of why I want to become someone who humbly acknowledges his weaknesses and utilizes them. I'm not the type of person who is good at looking out for others nor with the appeal to draw in people. The one thing -- that I won't lie and ask for help sincerely. And people will be helping me because they know how I feel so I can't become arrogant. They're coming to me not because I'm a great person but because they love my heart so I can't let my heart change.

"[INTERVIEW] Actor Yoon Si-yoon - Part 2"
by HanCinema is licensed under a Creative Commons Attribution-Share Alike 3.0 Unported License.
Based on a work from this source