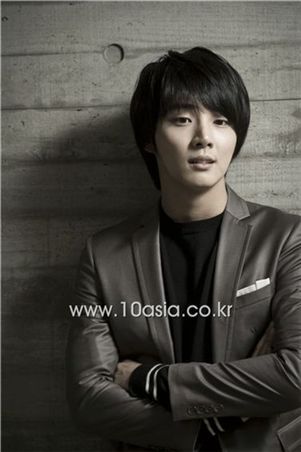 10: But you sometimes play your roles with an appeal of a main character at star level.
Yoon Si-yoon: I think roles are about harmonizing. And I actually still don't know that well so I'm telling you based on the fact that I think my senior actors are the answer. Everything needs to harmonize. I sometimes need to let go of what's my own. Of course I could raise ratings by having me stand out in a certain way. But when a drama's over, I think there's nothing worse than when all people remember is the main character, if after a movie you say 'Oh, it was a Yoon Si-yoon film'. That means that person is a celebrity not an actor. I could have gotten into shape by working out and showing a more sophisticated Tak-goo but that's not him. Harmonizing with other is who Tak-goo is. Of all the fine array of actors who appeared in our drama, not once did one of them try to stand out. I need to learn that. There are so many people out there who try much harder than I do, yet walk to places because they can't make enough money even for transportation. I'm being rude to them if I obsess over acting that makes me look cool.

10: It seems like you are quite the unpretentious person.
Yoon Si-yoon: I've only played two roles so far but have had so many mentors. There are many people who tell me how I should live as an actor. Nobody tries to put false ideas into my head.

10: I think that could only be possible if you loving living an ordinary life.
Yoon Si-yoon: I really do spend my time ordinarily. I'm a very boring person. I like meeting up with people around me to talk with them. Right now as well, I'm not happy because I've been receiving so much love but because people around me can happily enjoy themselves through this. Can it get any better? I can ride in a large and comfortable car, talk about my schedule and talk about my work. And while papers on self-development say that one should have big dreams, I think I must be someone who doesn't have the capacity to because after working hard, I like to spend at least an hour drinking beer with my friends. And I'm working hard because that's what I'm trying to protect.

10: I think that's why you're particularly thankful of your fans. You write on your fan cafe as well.
Yoon Si-yoon: I'm very sorry. I haven't been able to do that these days because I've been so busy. I should have written to them after "Bread, Love and Dreams" ended its run but I haven't been able to do that. I think I'll get to only by the time I'm done with these interviews.

10: You said you live an ordinary life but not everyone likes to write.
Yoon Si-yoon: I think I live my life doing all the boring things. I really do. Like I like watching sports rather than playing them. 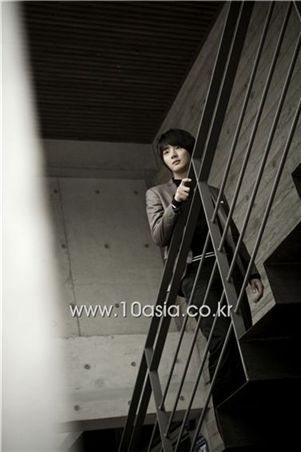 10: I heard you like baseball.
Yoon Si-yoon: I'm a huge fan of baseball. If you like baseball, you're automatically on my side and my person. That's how much I love it. The one day of the year that I have severe depression is the day baseball ends, the day of the finals for the Korean series. I feel very empty. I truly think, 'How do I live?' And then I feel like I can breathe again when it's April.

10: What is it about baseball that you like so much?
Yoon Si-yoon: Baseball is about defense. That's why I like it. Defense plays a much larger role in baseball, about 90 to 10. And they say while offense may be innate, defense is all about how much training you do. That's why I feel much more affinity to people who are good at defense.

10: Would you call yourself a hard worker as well?
Yoon Si-yoon: I want to be. I'm not yet but I'll become one.

10: And you'll need to work hard to play roles that are heroes or villains, not characters that are close to who you are like Joon-hyuk or Tak-goo.
Yoon Si-yoon: It could come from hard work but I think what's ultimately important is your love for your character. You need to become as close as you can to the character to deliver your character to the audience persuasively. If you were a genius actor, you could create your character with perfection but I'm not, so if I like the character I'm supposed to play and feel that I want to play the role soon, then I'll gradually become that character since that's where I'll have kept on turning my attention to. I think I'd gradually become that character if I keep thinking about his characteristics and try to see how he feels.

10: Then let me change the question. Do you think you'd be able to love any sort of character?
Yoon Si-yoon: But I think that's an issue of time. I think there'll be characters that take a long time to fall in love with. Even with people, there are times when you fall in love with them immediately but also those you love after a couple of years.

10: But your work requires you to finish what you do within a limited time-frame.
Yoon Si-yoon: I think the senior actors are skilled enough to utilize that time efficiently but I don't know how to do that yet. I need to look at it more on a long-term perspective.

10: I get that you want to hold your ground, that you love ordinary things and that you want to become a good actor. But isn't there still something that you want to achieve? Outside of becoming a star.
Yoon Si-yoon: There is. And it's actually something so great that people may think it's ridiculous but I mean it. I want to become the keyword for hope. It could be about becoming the promotional ambassador of a famous volunteer group or someone who can be influential in both inside and outside Korea in good ways. And I want to act with that energy so that I could become someone whose acting can be believable and trusted. Someone who comes off as the type to take part in good deeds and give hope to people with just a few words, rather than someone who advertisers are charmed by. It's a really big dream. I really want to become that person.

"[INTERVIEW] Actor Yoon Si-yoon - Part 3"
by HanCinema is licensed under a Creative Commons Attribution-Share Alike 3.0 Unported License.
Based on a work from this source