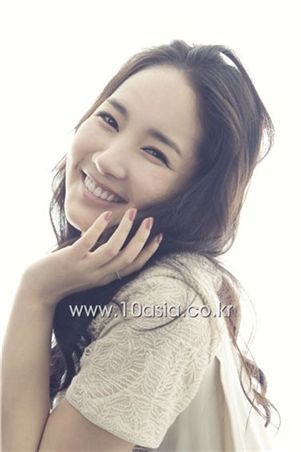 10: Does that mean you're sure you won't be swayed by how well or badly your projects do from now on?
Park Min-young: That's right. It happened when I became conceited after "High Kick!", thinking that I had become popular. But I came to realize that it was actually the show and my character that were popular, that I was nobody, and that the public will turn their backs on me if I don't try hard. So I won't think that the popularity I regained through "Sungkyunkwan Scandal" is about me. It's about the show being popular and how people loved my character Kim Yoon-hee. And if at this point, I don't put an effort into showing what kind of person I am, I'll become forgotten again. I also came to realize that not everything is in my hands, that it's not just a matter of me doing a good job with my acting. In times where the public's taste changes every second, if you keep repeating the style of acting you think they like best or stick to the image of you that you think they like the most, they will also be the first ones to notice it and get sick of it. That's why I chose to take on film "Cat" (tentative title) as my next project.

10: I heard it's a horror flick. What kind of character will you be playing?
Park Min-young: It's a psychological horror film about a murder surrounding a cat. My character comes across the lead for the case by chance and solves the case with the investigator. And she is an extremely ordinary person yet has claustrophobia. So she's basically completely the opposite from the roles I've played so far. And female characters are usually depicted as being simple-minded in horror films, just screaming away, but this character was more round, the type that is hard to see in such movies so I thought the role would be worth the challenge. I actually do have to start getting ready for it more quickly because there's only two weeks left before the movie cranks in. I don't know if it's good but my cellphone broke as well so I've lost all the contacts I had and haven't been able to respond to text messages because I don't know who the senders are. I guess I'll slowly practice to become lonely this way and then reappear in front of people all bright and cheerful in February. 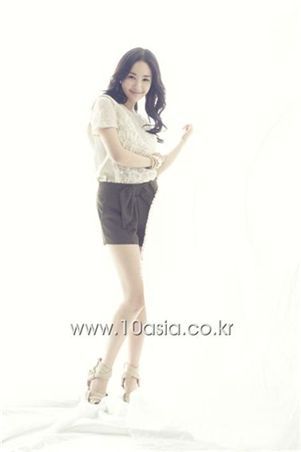 10: You took on this film because it's round as well but there have been many cases where actresses have not been consumed in such a way in Korea.
Park Min-young: What can you do. I've been born in this era and if that's what they want, all I can do is to do my best within that. Then one day I'll get to play a character like Yoon-hee. I think that these days, if I'm given one, I can only try my best with that.

10: And not ask for more?
Park Min-young: Then I should write my own projects. (laugh) All I can do is to act one thing but do a job that is good enough that the audience will notice a subtle difference because it's not like everyone is judged equally for same types of characters. Even if I may play the same character as other people, I want to hear that mine is alive and moving.

10: But what creates that is what's outside the script, isn't it? That may be the true capacity of the actor.
Park Min-young: Hmm, I think bringing the character to life is up to the actor. When I worked on "High Kick", I really didn't have a clue what I was doing so I just did everything my way. When I was told to run, I ran with all my might. But then I was told that I ran in a posture that no actress had ever run before. And the writers revised the script so that I was the fastest runner in the country. That's when I learned that it's up to the actor to take what they have and bring it to life when they're given the opportunity to. There are definitely characters I've succeeded in doing this and those that I have failed. But I think I pulled it off somewhat with Yoon-he. For example, when it was written on the script that she eats, I'd chomp away at the food. I wouldn't pretend to be pretty but instead chomp on kimchi and stuff my mouth with seaweed broth. I wanted to start with the smallest details.

10: Understanding the character ultimately means you understand people.
Park Min-young: I don't know too much about acting yet so I don't know how to calculate things beyond that, hence the best I can do is to try as much as I can to become my character. In that way, I'll actually be running instead of acting running and I'd do it frantically, even if my face may turn out all weird from it. I'd also have to eat quickly and leave -- I don't have time to eat all pretty. The way to bring out your character is to love it as much as you can. 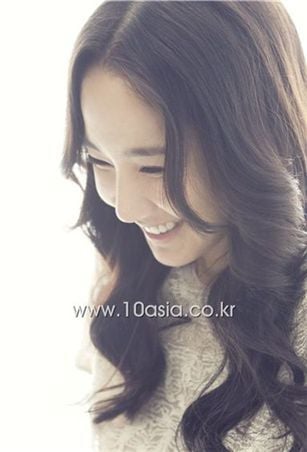 10: Are you certain you'll be able to love all the characters you play?
Park Min-young: I've loved all of them so far. I have and I will even more in the future. I can't stop anymore -- my acting has to improve a lot. I can't stay a new actress forever. Acting is about showing the end result so it's not like people are going to acknowledge me for simply putting in a lot of effort. I need to show some sort of result, like the ratings for "Sungkyunkwan Scandal" to make people think I'm improving. And it's also the only way I'll become an actor that keeps in tune with viewers.

10: Your twenties has been full of ups and downs, making a fancy debut, going through a slump, and then gaining popularity again. But this has helped you to gradually mature. What sort of actress do you want to be when you're in your thirties?
Park Min-young: I'm good at mapping out the near future but I'm not too sure about after that. When I'm 30... I just hope to be doing what I like best.

10: So it may not be acting?
Park Min-young: I don't know, how would I know. Nobody knows. Right now, I'm the happiest when I'm acting but I may be passing by a gallery one day and decide that I'm meant to be an artist. I'd feel sorry for myself if I had to press that desire down and pursue acting which I like second-best. I'm still in my twenties which gives me more than enough reason to explore more and I'm already trying my best so if I decide that I'm not a great actor, I may not stay an actor till then. If I feel the happiness that I do now, I'll probably want to become a great actress and if not, I hope I'll get to do something that'll make me happy. It may be raising a child. (laugh) Who knows.

"[INTERVIEW] Actress Park Min-young - Part 3"
by HanCinema is licensed under a Creative Commons Attribution-Share Alike 3.0 Unported License.
Based on a work from this source