[Interview] Bae Suzy, "It's not enough, I am a step closer to maturity" 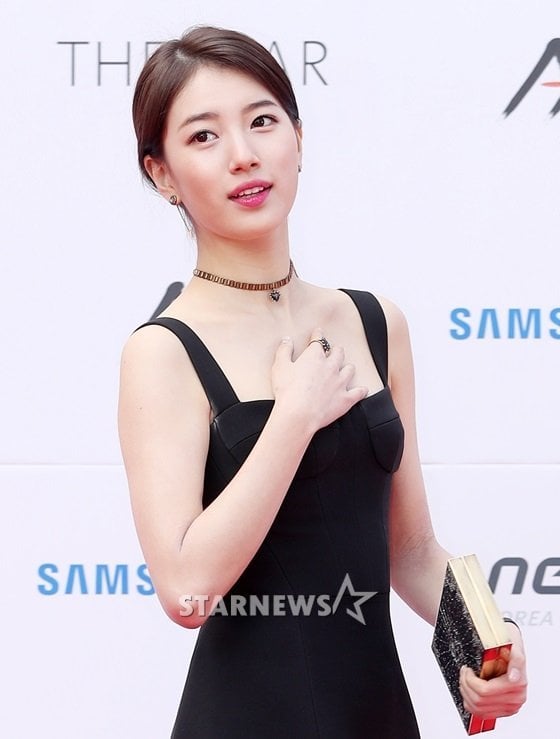 Bae Suzy is one of Hallyu's representing beauties. Her innocent and pure image earned her the name 'nation's first love' and now she's the 'nation's goddess'.

This singer and actress starred in the most recent SBS drama "While You Were Sleeping - 2017" as Nam Hong-joo, a social reporter who had postmonitions.

Her impressive performance in the drama earned her the Asian Star Award at the 2017 Asia Artist Awards on the 15th. In an interview with Star News, she mentioned the drama "While You Were Sleeping - 2017" and the 2017 AAA.

The following are questions and her answers.

▶I was so happy going to work every day. I thought a lot on my own hoping to bring out the best of Nam Hong-joo. I was happy to be a reporter and I did my best. To think about it, I was happy being Hong-joo. It was challenging playing the part of a social reporter who had postmonitions and it was a chance for me to grow. I am grateful to all the viewers of "While You Were Sleeping - 2017". 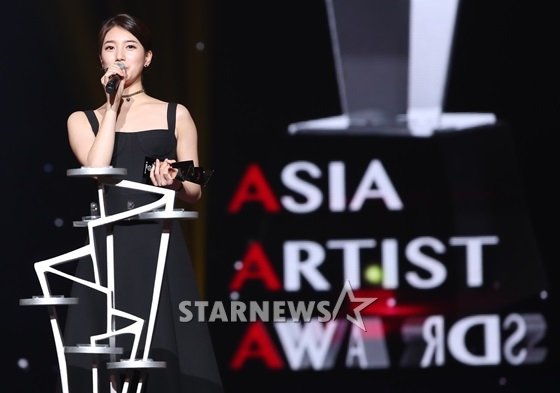 ▶First of all, thank you, director Park Jin-yeong, president Jeong Wook, vice-presidents Byeon Sang-bong, Jo Hye-seong and Pyo Jong-ro for being so nice to me. All the staff, who work so hard, thank you again. To all of Star News, thank you for giving me this award and thank you everyone involved with AAA.

It may seem cliché but I think this award was given to me on behalf of all the fans and everyone working so hard for me. I won't let anyone down and always do my best.

There's not much of the year left and I promise to be better next year.

-You were so good at being a reporter that there was word of 'stand-ins'. How did you prepare for this role?

▶I met real reporters and heard a lot of the reporting system. I learned how to read news and report them. I watched many TV news and watched dramas related to reporters. I watched movies and documentaries about them too. I was happy to be able to act out such an amazing job and I worked hard on it so I felt good when I was told I did a good job.

-How was working with Lee Jong-suk?

▶He took care of me and led me well so we got along.

-You worked with writer Park Hye-ryeon the second time on "While You Were Sleeping - 2017" after the KBS 2TV drama "Dream High", how was that?

▶I thank her for letting me work on such a good drama. I may not have not too well in "Dream High" but "While You Were Sleeping - 2017" was a chance for me to mature a little more.

-You've been acting since 2011 so how far do you think you have come? What are your thoughts on acting?

▶I feel I still have a long way to go. I need to do my best to grow bigger and become a better Bae Suzy.

-You debuted as Miss A before you started acting. What kind of singer do you want to be?

▶I want to be a singer who can be true to her emotions.

-Now we are headed toward the end of 2017, what did you achieve?

▶I was active this year, but next year I plan on doing more and getting closer to my fans.

▶Singing, acting and much more.

"[Interview] Bae Suzy, "It's not enough, I am a step closer to maturity""
by HanCinema is licensed under a Creative Commons Attribution-Share Alike 3.0 Unported License.
Based on a work from this source