[Interview] Cha Tae-hyun, "I want my son to be a TV director" 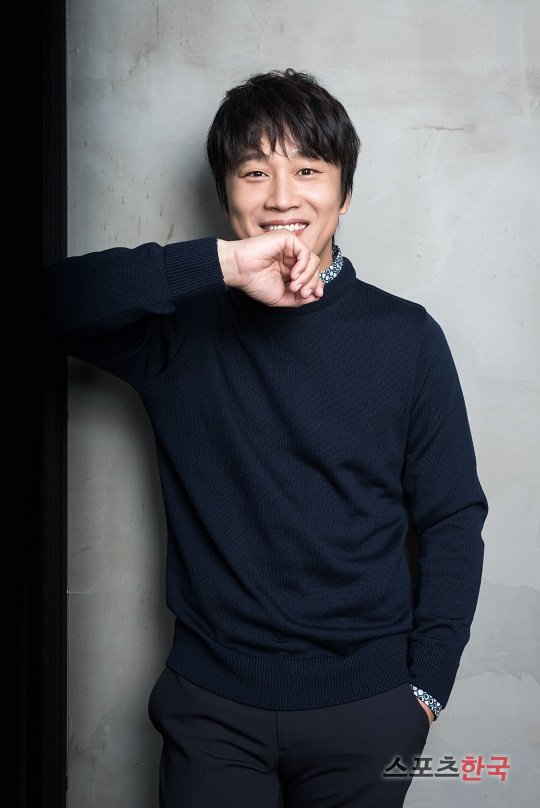 Cha Tae-hyun's path is unusual. He is attracted to works others are reluctant about and he goes beyond entertainment. He's not like other actors as he's much more casual but now it's no surprise if he says he's coming out with an album project. He's been communicating with the pubic since the day he debuted and this time he even sings the OST to his own drama "Because I Love You".

We met Cha Tae-hyun for an interview regarding the upcoming movie "Because I Love You", which is a healing comedy about a songwriter with memory loss named Lee-hyeong (Cha Tae-hyun) who goes in and out of other people's bodies. He co-stars with Kim Yoo-jung and acts as her Cupid.

"The cast were so good. I told the director from the beginning that it'd be best if the movie doesn't show too much of me. I wished for the others to fill in the space. It might even be a distraction if I show too much. I do feel though we could have used more of Yoo Jae-ha's songs and not just two throughout the movie. I feel the movie would have had a different feel if his song "In My Arms" was added in".

This time, Cha Tae-hyun participated in the OST. When he sings "Those Days" by the late Yoo Jae-ha in the movie, there's a feeling of comfort in his voice. The set-up of being 'someone else' overlapped with his concept from "Hello Ghost" at first but he felt excited at the thought of Yoo Jae-ha's music. "When I saw the finalized version of the movie, it felt good to know that all those people were following me".

"I could see that the other casts gave a lot of thought on how to be me. It also felt good when my ad-libs were being used by someone else and when it was actually funny. The scene where Bae Sung-woo stands in front of the mirror and says, "Hey, what should I do?" was actually from me. I felt bad but he pulled it off and the audience loved it".

He worked with Kim Yoo-jung in this movie and he's known for when it comes to working with young actresses. We told him he has a knack for supporting young actors and he said, "I've never thought about showing 'more' than my co-stars". Being considerate about others is in his blood as seen in TV shows as well. 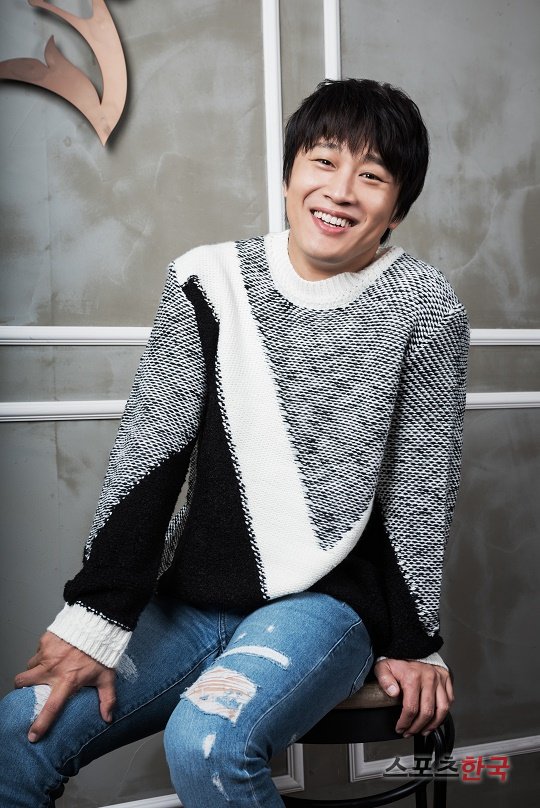 "I don't get too surprised when I'm working with another actor. I don't feel bad, either. When I was younger, I did a lot of comedies and my co-star would use a lot of ad-libs. Some would be taken by surprise and some would absorb it. I think I absorb it. When I was a supporting actor, Kim Jung-eun, Cho Jae-hyun and others almost took me by surprise, although I learned to enjoy it. I don't lead. I be led. Entertainment shows have made me that way. They're the same as movies. There are people who cut you off and try to steal your light. However, in entertainment, if everybody does that then the show will lose it's point. So I just laugh. I think about how Kim Joo-ho or Kim Jong-min will blend in and seem natural. They are the creators of laughter. That's not my character so the least I can do is support them".

We told him he almost seems like the director and he says he used to dream of becoming one when he was young. He'd wanted to be an actor, director, singer and others but he was coincidentally accepted at an acting test. We asked if he still wanted to be a director and he said, "I don't think so. I think acting is more important".

"I think I want my son Soo-chan to be like Yoo Ho-jin though. He doesn't have the face to be on TV, although I think a program director would be a good job for him. It's tough, but it brings laughter to people".

It's not usual for a father to want his child to go down the same path as him but Cha Tae-hyun simply says he would like his son to become a director. He thinks differently and he knows it.

"Look at how I did "Highway Star" and "Jeon Woochi - Drama". I do what others don't do. I am not afraid. Even "1 Night 2 Days", I wanted to be on a TV show, but I didn't want to just do it for a year. I wanted at least 3 years. That alone puts me apart from the others. Actually, I never even thought about "1 Night 2 Days". I don't even like traveling. I didn't know why that show was 'fun'. I thought I'd be in "Running Man" or "Infinite Challenge". But I wondered what it would be like if I joined "1 Night 2 Days". 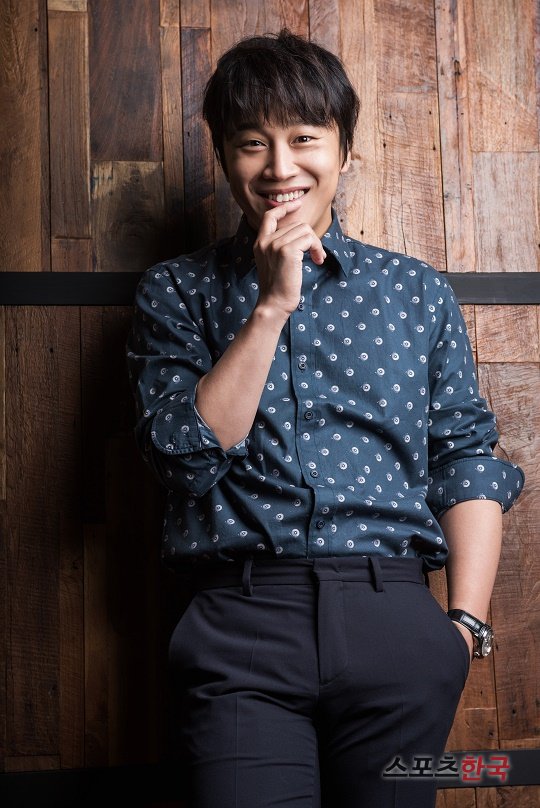 Cha Tae-hyun has been in the show for 6 years now and now he's inseparable. He says, "I think I can do this because myself in movies and on this show aren't that much different". Still, he worries that the show might have influence in his movies.

"I started the show also because I want Soo-chan to think that his father is a famous man at least until he's 20. I saw 3 years at first, but now I lost my timing to leave the show (laughs). There's no difference in my character on the TV show so that's why I can do this, but when it comes to real work, I worry a lot. Being in TV shows sores my throat and my body, and this shows in dramas. But if I'm too careful about myself then it's no fun. Now I think my bodies adjusted to the change".

He's a friendly image and has been for ages but as an actor, he wants to change. He's only got 'nice' roles as offers and he says, "I think giving myself a change will also be a good idea". He's happy with his current "With God" because the character is greatly different but the pure fact that he's in a movie like this will change his image. "I call Kim Hyang-gi 'mam'. She's amazing. She's so amazing that her causing an NG is a big deal".

""Because I Love You" is coming out in 2017 and I am excited. I wish both movies succeed. "Because I Love You" is a common kind of movie I would be in and movies like this aren't made a lot today. I wish the movie market becomes more diverse so that people can make many attempts. I enjoyed "Train to Busan". I was clapping on my way out. "Pandora" was great too".

He seemed fond of movies and TV shows. He's been on TV and movies without a break but he doesn't think about it. He says, "I'll take a break when there's no work to be done". The affection he has for his job seemed to be the source of his energy and Cha Tae-hyun will always be an actor that makes people laugh.

"People said "Because I Love You" is a 'Cha Tae-hyun genre' and that made me feel so good. But the articles these days have me feeling pressured. Me and my wife feel that way. How does Yoo Jae-suk do it?"

Meanwhile, "Because I Love You" starring Cha Tae-hyun, Kim Yoo-jung, Seo Hyun-jin, Kim Yoon-hye, Sung Dong-il, Park Geun-hyung, Sun-woo Yong-nyeo, Bae Sung-woo and others is coming out on the 4th of January.

"[Interview] Cha Tae-hyun, "I want my son to be a TV director""
by HanCinema is licensed under a Creative Commons Attribution-Share Alike 3.0 Unported License.
Based on a work from this source