[Interview] Cho Hyun-hoon: Families are not only those who are connected by blood - New York Asian Film Festival 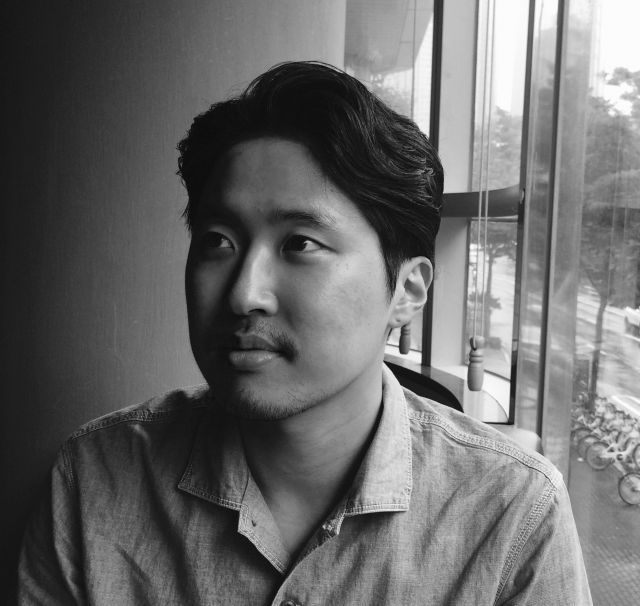 Cho Hyun-hoon started his career directing shorts, with "Metamorphosis" and "The Mother's Family" being his first works. The latter enjoyed some success, winning the Acting Award in the Busan International Short Film Festival in 2013. "Jane" is his debut feature.

On the occasion of "Jane" screening at New York Asian Film Festival (Festival entry), we speak with him about the ideas in his film, the details of its production, Korean cinema, and other topics.

Can you tell us about the path that led you to shoot "Jane"?

Throughout my 20s, I found my gaze gradually shifting from myself to the outside world. If there is one thing I have learned while making films is that I need to tell a story about a character that I truly care about and can feel affectionate towards for a long period of time. "Jane" was the outcome of structuring a story around people who are isolated, not by their own wills, but by the others. Over the past few years, I have constantly been drawn to the subject of teenagers leaving home and transgender issues, and made friends with some of them. Even though the research was part of the job, for me it was the process of taking something I had only known superficially and letting it expand into my life. Most people have hard times just dealing with their inner issues, but some people have to deal with stereotypes and discrimination on top of that. At first, I could only see pain there, including the type of pain that had already been numbed. But soon, I saw strength and courage that were so distinct that I felt the need to convey them in my work.

The narrative in the film is complex, through a surrealist approach deriving from the fact that So-hyeon, according to her own words, is a liar from birth. Why did you choose this tactic, which seems rather difficult to implement?

I chose to structure the film as two parallel scenarios. Through the contrast of these two stories, I wanted to make So-hyeon's desires and hopes all the more intriguing since we don't know for sure if they are feasible. I wanted to give the audience the space to choose which story they take in intuitively. That's why I had So-hyeon's lying as a storytelling device. The fact that So-hyeon thinks no one would listen to her unless she lies also helps in understanding her as a character.

What was the casting procedure like for the film, and why did you choose to include a transvestite in the story?

I already had Koo Kyo-hwan in mind when I was writing the script. Previous roles he chose varied from short-tempered and irritable characters to warm-hearted characters with strong beliefs and determination. He gave me a lot of creative suggestions that were reflected in "Jane". His dedication and affection towards his character was so strong that he really gave his everything, including losing 10 Kg.

I have a friend who is a transgender woman and I wanted to have someone like her to be guiding So-hyeon. I wanted someone who would walk with her rather than try to educate her.

For the role of So-hyeon, the audition process was about 6 months long, and I met a lot of actors. I thought So-hyeon's vulnerable side and the other extreme - she does not hesitate to lie for her own safety - wouldn't be easy to portray for any actor. I have watched all previous performances of Lee Min-ji and have always thought she would be the most suitable for the role, but I was worried about the age gap between her and the character. However, upon meeting Lee Min-ji, I realized her wide range as an actor would cover it. She also had a very strong interest in the role. The more conversations I had with her, the more I became convinced to cast her.

Which one of the families is actually real and why does the almost complete lack of grownups in the film signify?

This movie is about people who have escaped the world of the adults. Except Jane, I didn't see any reason to bring in another adult to cause disturbance to the firmly built world of their own.

Needless to say, families are not only those who are connected by blood. When children actively build their own communities to fill a lack of something, those communities might even be truer than blood relations, which they had no choice in getting involved. Even though there are cases like Byung-wook's family that end in ruins, this does not negate their power in coming together.

What is your opinion of Korean cinema today, and particularly the indie/art-house scene in the country?

The Korean film industry is filled with livelihood and this affects the small films too. The Korean independent films go through phases of stagnation and changes, but moving forward nonetheless. The most important thing is to have the support for young filmmakers on a national level. I believe this too will improve with the recently elected regime in Korea. Nothing is worse than blind optimism but I do think Korea is one of the few countries where the public is so passionate about cinema. It is the Korean audience that supports the Korean films and the industry.

As a filmmaker, what is your main purpose when you are shooting?

"Jane" was produced with a 1-person-production company. I definitely want to try a different system when making my next film. Ultimately, it is change that I crave. Same applies to stories. I don't think it's good for a filmmaker to stick to one subject or message all the time. I like the nervousness and the feeling of being alive when I make a new environment around me and dive into it. Even if the change frightens me, the fear only enhances the process of creativity.

I am working on a new script that I would like to finish by December. I don't have any other plans. I do try hard to stick to my determination of making films that make sense to myself.