[Interview] Clara Talks Fashion, Work Abroad, and Her Next Project 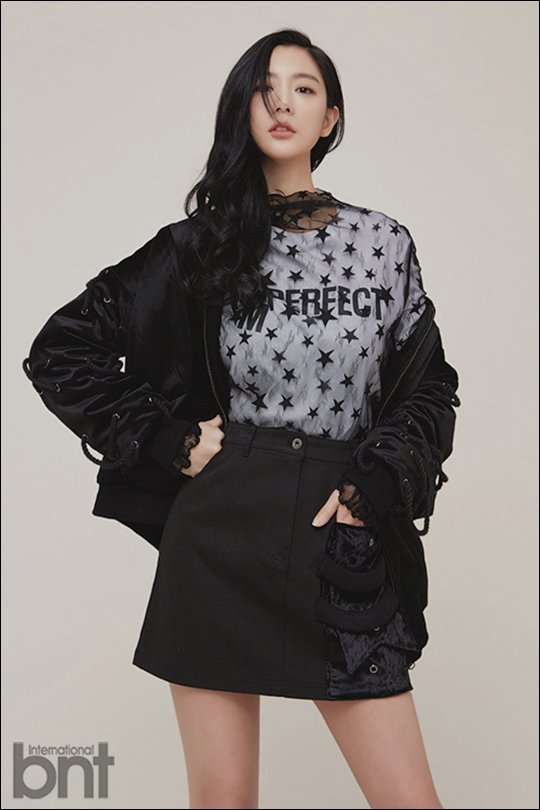 Clara modeled with bnt and is draped in various designs by Lee Chung-chung's brand LIE and the LaLa Padded Jacket, on which she collaborated.

In the following interview, Clara said, "I have always likes LIE and respected Lee Chung-chung and it was an honor to work with her".

The LaLa Padded Jacket is made of raccoon fur and Hungarian goose, resulting in high quality and luxurious design. "We concentrated on quality and luxury to stand out from the long padded jacket crisis".

Next, Clara explained her nickname and the name of the jacket. "Lee Chung-chung calls me Lala sometimes, therefore, LaLa Padded Jacket".

Having majored in fashion design, the actress has a knack for fashion and beauty. "If the opportunity presents itself, I would love to continue working in design. I also want to try jewelry design".

Clara has been active in China. She filmed seven dramas and movies in China in the last two years and she is coming out with a movie and a drama early next year. One of the movies she starred in topped the box office and she's won various awards in Australia and Japan.

Such work is exhausting and Clara says, "Whenever I have time and wherever I am I work out and do yoga so I have the physical endurance".

She is also the MC for the Donga TV show "Beauty School" with Shin So-yul, Jeong Ah, and Kim Mi-yeon, all of whom are beautiful women. Clara claims, "I can learn so much through this show and it's fun to work with other actresses my age".

All of them have great personalities and they really have a good time when they're on set. Clara keeps in touch with them.

About making a domestic comeback, Clara said, "I would love to as soon as I can. I am waiting for the right moment and reviewing my work carefully".

Clara ended the interview saying she wants to be a consistent actress who can communicate with her audience.

"[Interview] Clara Talks Fashion, Work Abroad, and Her Next Project"
by HanCinema is licensed under a Creative Commons Attribution-Share Alike 3.0 Unported License.
Based on a work from this source