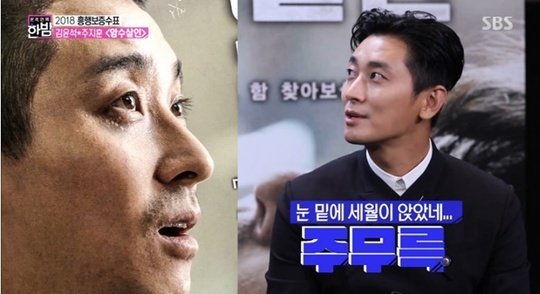 "Dark Figure of Crime" is a phrase that means murder cases that have no filed reports, no bodies, and no investigations. Ju Ji-hoon stars as a murderer and Kim Yun-seok as a detective.

For his role, Ju Ji-hoon had to use the Busan dialect. He said, "The dialect I thought was easy turned out to be a totally different language. I was really stressed. It was very stressful to know that language could become a handicap. I even had stomach seizures because of it".

Ju Ji-hoon gave up hair and make-up for this role and laughed off his unmasked physical imperfections in the poster. 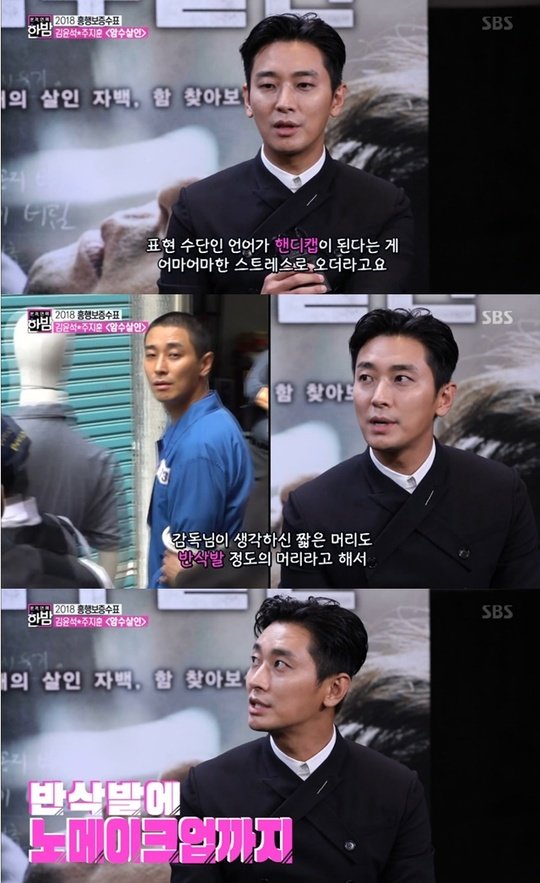 "[Interview] "Dark Figure of Crime" Ju Ji-hoon Forgoes Hair and Makeup for Latest Role"
by HanCinema is licensed under a Creative Commons Attribution-Share Alike 3.0 Unported License.
Based on a work from this source