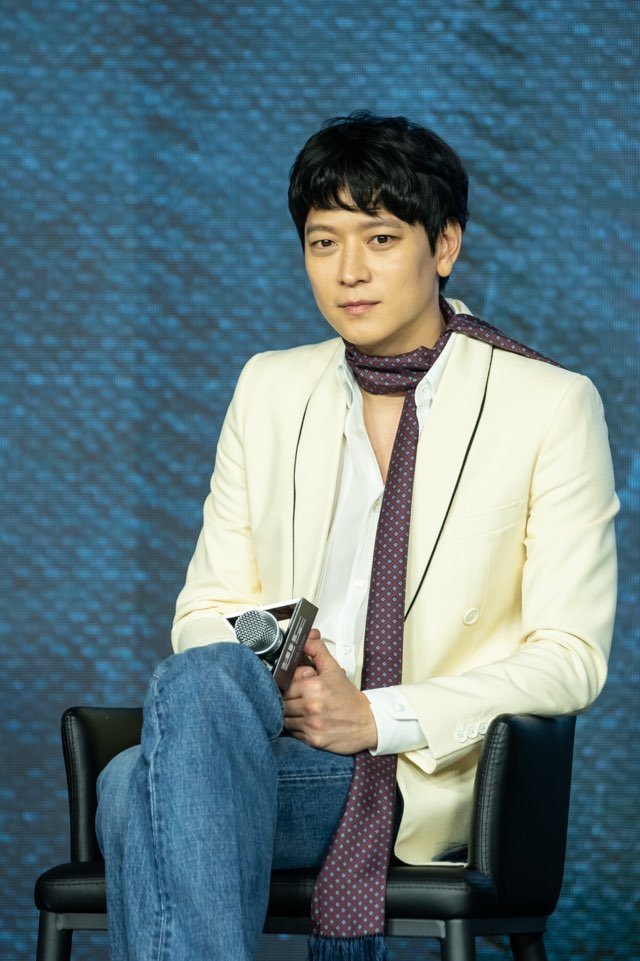 Gang Dong-won answered questions from William and Panos before the release of "Peninsula" in the USA on August 21st.

1) How was your cooperation with Yeon Sang-ho and how did he guide you for the part? Did you have to audition to get the part?

I'm not sure if it was because Director Yeon started his career with animation, but he was very skilled with visualizing things. It was very easy to work with him because he had a very clear idea of what to shoot and what was unnecessary. He only shot what was absolutely needed, so at times it was to the point where I even wondered whether we needed to be shooting more. He put forth a lot of effort to ensure others were comfortable.
Prior to shooting, I spoke with the director a lot about the scenario. Because the audience's point of view is through the character Jeong-seok, I put in more effort to help make it easier for the audience to understand.
I don't know the casting system in the U.S. or Europe, but in Korea, unless you are a new actor, it is not a system that requires you to audition for Korean films.

2) What did attract you the most in the character?

Jeong-seok is a character who undergoes trauma throughout the story. I really enjoyed the moments when Jeong-seok undergoes changes, because the audience is able to experience those emotions with him. Jeong-seok can be considered the toughest character in the movie, but on the other hand, in some ways he knows the least about his surroundings and can be the weakest character as well. Because this was different from previous characters, it was refreshing for me.
The first half of the film is through the viewpoint of Jeong-seok, but when he meets Min-jeong (played by Lee Jung-hyun) and her family, the point of view changes and then Jeong-seok becomes a supporting role. I thought that was very new. It was also nice to see the elderly, women, and children who usually play weaker roles in movies have more action in the script. In the second half of the movie, I tried very hard to play the character Jeong-seok as a supporting character.

3) How much do you feel regret shapes people?

Everyone lives with mistakes and regrets. Some people are not able to pull out of it, while others are able to successfully overcome it. I think as we do, we become better people for it.

4) It's been over fifteen years since you've appeared in a television drama. Have you given any thought to returning to the small screen, or are you determined to only star in movies going forward?

If an opportunity arises for a TV series, I have the desire to work hard to make it a good product. Right now, it may be difficult with my schedule, but if a good project is available, I would like to try it. There are many things that you are unable to convey in a two-hour movie, and I sometimes want to get rid of that stress by opening up, letting loose, and talking freely.

5) How does Peninsula compare in physical intensity to previous action movies you've appeared in?

I've done a lot of action acting in my previous films ("KUNDO : Age of the Rampant", "Master", "Illang : The Wolf Brigade"). In Korea, I am known as an actor who is good with action acting. Truthfully, the action acting in this film was not more difficult than my previous works. This is because it wasn't a setting where I was a killer who skillfully handled guns, nor was it a swordmaster character. Of course, it wasn't easy to fight in harmony with zombies, but it wasn't difficult or tiring either.