[Interview] Gong Yoo, "I suffered by myself and tried hard" 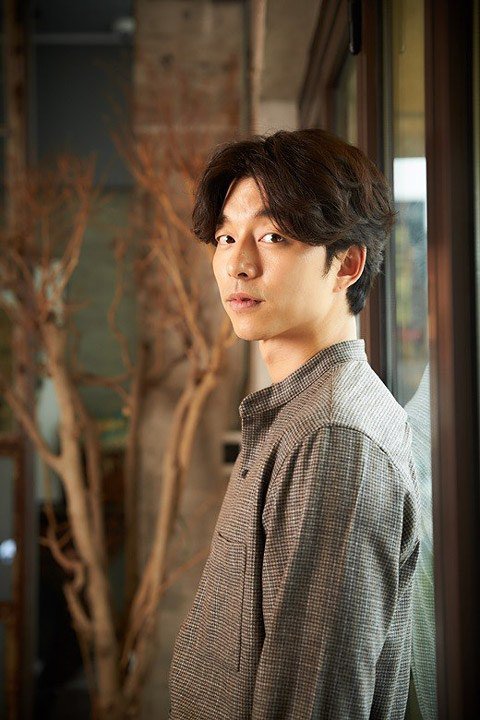 "The Age of Shadows" Song Yoo hit 10 million this summer with "Train to Busan". This time he's holding hands with producer Kim Jee-woon.

He seems like a crybaby, seeing as that he says he had to struggle to make the movie work but he was serious. He's honest and serious. In an interview, producer Kim Jee-woon had said, "Gong Yoo was good" but Gong Yoo said, "You could have told me that on site".

Gong Yoo 'struggled' to be Kim Woo-jin in "The Age of Shadows". Song Kang-ho and Gong Yoo put together made two large mountains.

- Congratulations on "Train to Busan" hitting 10 million. You seem much too calm about it though.

Honestly, there's no reason to be overexcited about it. I went straight to "The Age of Shadows" after "Train to Busan" and now I'm preparing "Goblin". I shouldn't get overworked. But the people around me are more excited than I am and I'm getting messages from friends every day.

- You were something new in "The Age of Shadows". How was the making?

It was tough. I can say it was the hardest. Working with someone I looked up to and working with such a great producer made me want to prove my value. So I had to struggle. Thankfully, the producer created Kim Woo-jin dimensionally. I really tried hard.

- Kim Jee-woon said a lot of good things about you.

- How was working with Song Kang-ho?

I didn't know Song Kang-ho was in the movie. I was surprised I was even cast for the movie. It was a good opportunity for me. I have always wanted to try a historical drama but it was hard at first. I was so stressed I didn't sleep much.

- What is the most memorable scene?

The photo studio scene taken from China. This is where Kim Woo-jin and Lee Jeong-chool meet. It was a very important scene I had to go over. I was so nervous. The producer from "The Silenced" was also in "The Age of Shadows" and he said, "Lee Byung-hun shook worse".

- The fact that Song Kang-ho, Lee Byung-hun and Gong Yoo were in a single frame was interesting.

- The costume from "The Age of Shadows" stood out a lot.

I read books about the heroes and they dressed like that. The producer put a lot of thought in the visual aspects of the movie too but the heroes were good looking like that. They didn't know when they were going to die so they always looked their best. It is sad. I wanted a sample of the outfit for myself but they wouldn't give it to me.

- It looks like Gong Yoo refuses to be content with anything. Is there a reason why you continue to make changes to yourself?

It's hard to put out a general picture but I don't like anything typical. I am not alright with it although others say it is. "Train for Busan" was a challenge for me in that way and even if it didn't succeed, it would have been a satisfaction for me.

- What are your plans for Chuseok?

I have a stage appearance on the day and I have to go back to making "Goblin". The drama requires a lot of computer graphics so it's going to take a long time.

- Introduce your movie to Chuseok goers.

There's no movie that 'must be seen'. It's your choice. However, I feel proud of this movie. I can't say it's perfect for everyone's taste but it was good for me. I want to tell you that 'it's something else'.

- How do you want to be reviewed as an actor?

I am happy with just 'good job'. It was the busiest year of my acting career. I wish people know that I worked hard.

"[Interview] Gong Yoo, "I suffered by myself and tried hard""
by HanCinema is licensed under a Creative Commons Attribution-Share Alike 3.0 Unported License.
Based on a work from this source