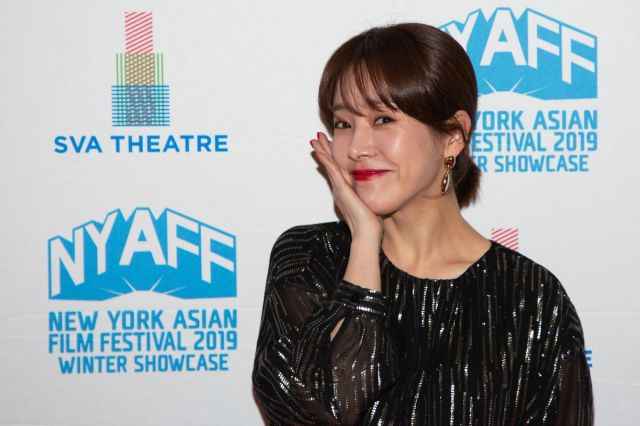 On the occasion of her being the first ambassador of the NYAFF Winter Snowcase, we asked her some questions regarding "Miss Baek", the change from the usual characters she portrayed until now, and the success it brought her .

Your previous roles were mostly in lighthearted romantic. How do you feel that you had to play an ex-convict in "Miss Baek", and was it difficult adapting to that persona?

Sang-ah is a character that may very well exist among us, but someone easy to overlook or look away from. Because of this, I really wanted to hug her. She became an ex-convict in an attempt to defend herself at an young age which results in her shutting herself off from the world. I really thought a lot about how to portray all that she's been through. Starting from the smallest gestures and expressions, I tried to approach Sang-ah by asking myself who she really was as a person.

How was the shooting of the film like? Were any memorable episodes, good or bad?

In tandem with Sang-ah's character, sometimes we would use black reflector boards (bounce cards) instead of the usual white or silver boards and dirtied up my skin with makeup. Through these processes, as time went on it felt Han Ji-min was more and more becoming Baek Sang-ah.

I kept feeling like I wanted to hold and hug Sang-ah and Ji-eun. My feelings of empathy for these characters surpassed my worries of whether I'd be able to do a good job or not, so I believe that feeling lingered after the day's shoot. 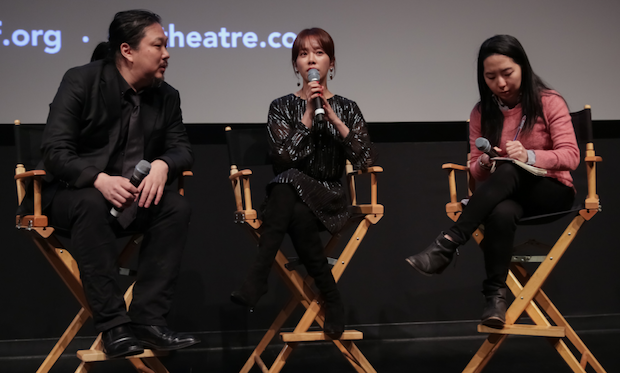 Can you give us some details about your cooperation with Kim Si-ah, and what do you think of her performance?

Despite there being many emotionally difficult scenes, and despite her young age, she really worked hard and did an amazing job so that the scenes would be rich and full of life.

For your performance you won the Best Actress Award at the 39th Blue Dragon Awards. How do you feel about this success, and do you think it will open the road for more diverse roles from now on?

The effort and time spent on creating a character is a wonderful and grateful opportunity for an actor but during the long time it took for the film to come out into the world, I also felt a great sense of responsibility and I think this was because I really wanted to communicate the heart of the film through "Miss Baek" and wanted to shed light on the reality of a dark corner in society. Whenever I feel complacent or hesitant in my acting I'd like to gather courage from this film and keep on taking risks.

What is the best result/response that you would like to happen from audiences seeing "Miss Baek"?

I would love if more meaningful films like this get made. I loved and was very grateful when audiences would say 'this is a must see film'.

"[Interview] Han Ji-min Asked Herself Who "Miss Baek" Was as a Person"
by HanCinema is licensed under a Creative Commons Attribution-Share Alike 3.0 Unported License.