[Interview] Hyun Bin, "It's a war field in front of the camera" 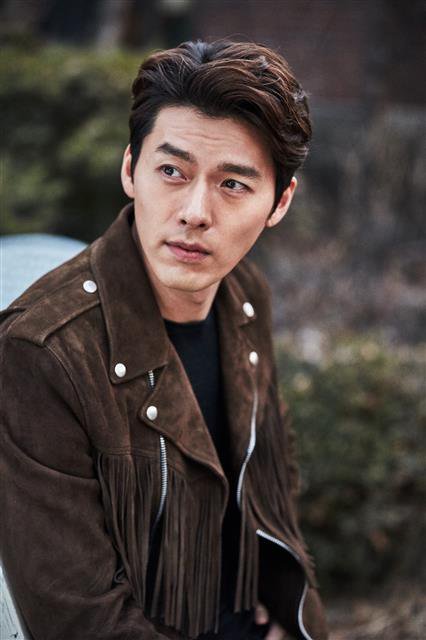 Hyun Bin is attempting at his first action movie in "Confidential Assignment" that's coming out on the 18th. He takes on the role of a North Korean detective and former Special Forces agent. He is under orders to track down his superior who disappeared with the copper plates of fake paper money and joins forces with South Korean detective Yoo Hae-jin.

Hyun Bin has the slickest driving shooting skills. He jumps down without strings from an overpass, breaks down a gun in seconds and uses wet tissue paper to make big men fall like leaves. He uses only a single rope to use centrifugal force to break into a window from the top of the building too. This is all thanks to film director Lee Seong-je and martial arts director Oh Se-yeong. We asked if his Marine training came in handy and he said, "I think the Marines have given me a strong willpower to challenge myself".

"My character is all about example rather than talk. I had a lot to prepare for that so I quickly met with the action team to train. It helped me a lot when we started filming. I was greedy about the risky scenes, but it would only seem real if I did it myself. 90% of it was done by me. It's not a secret that the other ten was stand-in".

Hyun Bin is known to be meticulously prepared for anything and his theory is interesting. "It's a war field, in front of the camera. Getting ready for a movie is like putting on your armor one by one. Sometimes they can be thick or thin. It's fun still".

"Confidential Assignment" is the typical plot movie. That's why Hyun Bin had to make his character stand out. His North Korean accent was perfect. There are lines in the movie which openly talks about how splendid Hyun Bin's character is. "I don't mind being told I'm good looking but of course, I am shy".

The chemistry between Hyun Bin and Yoo Hae-jin was great. The epilogue of the movie shows Yoo Hae-jin going to North Korea and increases anticipation for the second film. "I wouldn't mind if the scenario catches up. The circumstances may not be up for it but I wish there were more series movies in Korea".

Hyun Bin says he's always been at work without much of a break but he's only been in one movie and one drama in the last 4 years since his military discharge. The way he speaks softly shows that it's just his personality. "It takes me a while to decide between my real personality and the character in a movie or drama. However, when I have my mind set, that's it, I go for it. I also don't regret it".

Before he went off to the Marines, he starred in movies and dramas that were based on women and men but later he starred in "The Fatal Encounter" and now "Confidential Assignment". He also plans on being in a movie called "The Swindlers" as the conman himself. "I didn't anticipate for change. I usually starred in dramas with messages in my 20s. Now I am more attracted to those that can relate with the public".

He's had his rise and falls. "The Fatal Encounter" was seen by 3.84 people but it wasn't considered successful compared to the production cost of 12 billion won. Now it's his time to make a comeback. "I went through a lot during my rookie days in "My Name is Kim Sam-soon". By the time I did "Secret Garden" I got used to it. However, I still don't think popularity lasts forever".

"[Interview] Hyun Bin, "It's a war field in front of the camera" "
by HanCinema is licensed under a Creative Commons Attribution-Share Alike 3.0 Unported License.
Based on a work from this source