[Interview Issue] Ha Jung-woo, "I was stimulated by how professional Ha Ji-won was" 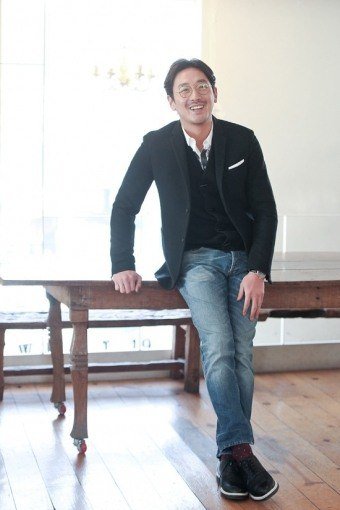 Actor Ha Jung-woo is directing his second movie, "Chronicle of a Blood Merchant" based on a best seller written by Wi Hwa. Those based on originals have much to worry about because there will be people who have read the original script and have high expectations. Ha Jung-woo didn't hesitate to list "Chronicle of a Blood Merchant" on his filmography.

"Chronicle of a Blood Merchant" is about Heo Sam-gwan, a man who has no money, no plans and nothing to lose. While he has to take care of his beautiful wife Heo Ok-ran (Ha Ji-won) and his three sons, he faces the biggest risk of his life.

Ha Jung-woo stars in the movie as an actor. It's weird being at an official event as a director.

"I was shy as there were many directors who came to the premier. They gave me good advice. We went on talking until 4AM. They encouraged me a lot". 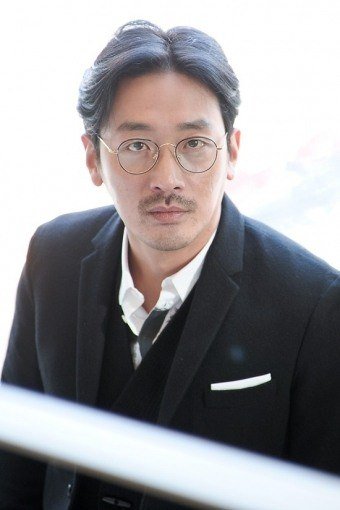 Ha Jung-woo has to be the director and the actor for this movie. It isn't easy, so why did he choose "Chronicle of a Blood Merchant"?

"I liked the character of Heo Sam-gwan a lot. It was very dimensional. He's very blunt on the outside but he's soft on the inside. He's resentful and straightforward. He writes exactly what he feels at the moment. I was attracted to him. I thought I could make him relate to the public".

"I thought about the main storyline of the novel which is conflict about blood related offspring. The drama could seem calm but it could also seem very overpowering which is why I decided to go along with the drama".

Movies with originals get the spotlight before release but they are usually not that great once the top is off. It's not easy trying to visualize what the readers would have imagined while reading the original.

"I relied on the original a lot. I wondered how to bring the novel into the movie but I thought, 'shouldn't a movie be fun?' Then I focused on fun. It could be disappointing but there are people who haven't read the novel yet so I'm going to be loyal to the function of a movie".

Ha Jung-woo seemed attached to the character of Heo Sam-gwan. He seems ungenerous but he loves his family to death. Ha Jung-woo thinks about marriage after playing the father of three.

"I liked the childish part of Heo Sam-gwan. It's easy to understand him. He's the father of three and a husband and that's what I concentrated on".

"I always thought I want to be a father like that; like a friend and without being awkward with my child. In a way, a parent and a child's relationship is like a friend but blood related. I thought of the child actors as my little friends. I realized I would like children like that if I end up having any of my own". 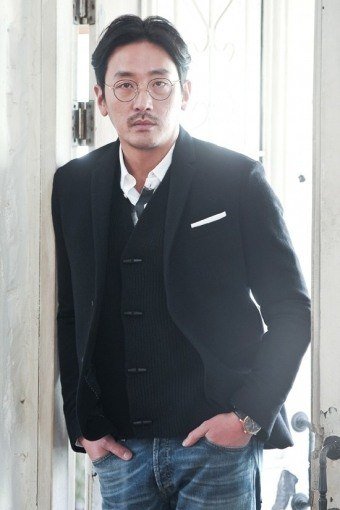 Yoon Eun-hye made a special appearance. Her transformation was enough to linger despite her short appearance. Though most actresses would have refused this role, Yoon Eun-hye was professional about it. Ha Jung-woo showed trust in her.

"I applaude the flexibility she has as an actress. I wish others were like that too. I shaved my head in "KUNDO : Age of the Rampant" and people asked how I did it. I wish actors and actresses would be given more freedom like that. We're doing this for fun. A movie is just a fantasy. I wish others would approach movies like that".

"Chronicle of a Blood Merchant" is literary which reflects on Ha Jung-woo's style of speech. It also has the seasoning of Ha Jung-woo's black comedy.

"The novel "Chronicle of a Blood Merchant" was like that. The choice of words was outstanding. I wanted to bring that all to the movie. I wanted the movie to be exactly like that. There's wit in the style of writing. There's fun in the lines although I dropped the tempo a bit from "Fasten Your Seatbelt"".

Ha Ji-won acted out as Ha Jung-woo's beautiful wife, Heo Ok-ran. Everyone knows Ha Jung-woo put in a lot of work to have her on board.

"She was very professional. She doesn't need to be told much. She's great at managing herself; she's very thorough and affectionate. She's got everything. So she's good at what she does. I learned a lot from her and it's thanks to her I could be both the actor and the director on set".

The young actors and young actresses are Nam Da-reum, No Kang-min and Jeon Hyeon-seok. They all look alike and bring smiles to everyone's faces. Il-lak, played by Nam Da-reum, brings out tears as the movie proceeds.

"We made the kids pretend like they were in an after school activity. We didn't want to pressure them. We discovered the special points of the kids as we watched them and trained them. They played very important roles so we were serious about auditioning children".

Ha Jung-woo says he is going to show his all. He's going to be diverse and won't limit his abilities as an actor.

"[Interview Issue] Ha Jung-woo, "I was stimulated by how professional Ha Ji-won was""
by HanCinema is licensed under a Creative Commons Attribution-Share Alike 3.0 Unported License.
Based on a work from this source