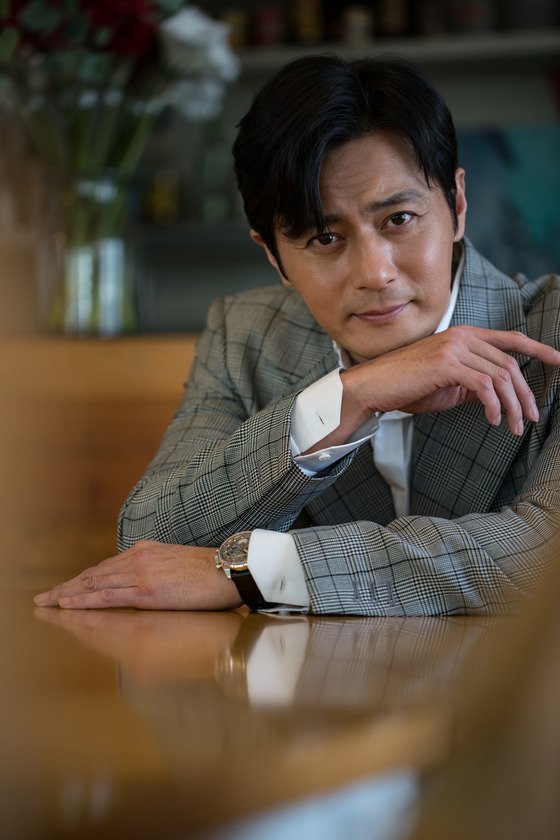 With the movie "Seven Years of Night" coming soon to theaters, Jang Dong-gun had an interview with Maeil Kyungjae on the 23rd. He said, "At first the director suggested an M hair line and I thought he was joking. I wondered if that was necessary and if it was too much for a look transformation".

"He wanted to try it out so when I did, it was awkward seeing myself like that but at the same time, I could see Oh Young-jae right away. Being comfortable acting the character just by looking like him was a first since the movie "Friends"".

"The director said I would feel more at ease about acting if I wore a mask and I related to that. I don't usually do 'transformation' but once I got into it, I felt better about the character".

He put on weight and spent 9-10 months with an M shaped hair line. "The staff were surprised at first and of course, my family too".

"Ko So-young told me not to come close. Then she got used to it and told me it was appealing in its own way".

"There was a cut from the poster making that I liked so I made it my cell-phone background. My daughter called it a "Monster". She didn't know it was her dad. I realized I had succeeded".

A man named Choi Hyun-soo (Ryu Seung-ryong) who loses everything because of a murder and a man named Oh Young-jae (Jang Dong-gun) who loses his daughter because of that plan revenge and look back on 7 years of truth in "Seven Years of Night". It is a best seller by Jeong You Jeong. Jang Dong-gun plays Oh Young-jae who plans revenge for his daughter's death and it is his most shocking transformation yet.

"[Interview] Jang Dong-gun's Shocking Transformation"
by HanCinema is licensed under a Creative Commons Attribution-Share Alike 3.0 Unported License.
Based on a work from this source