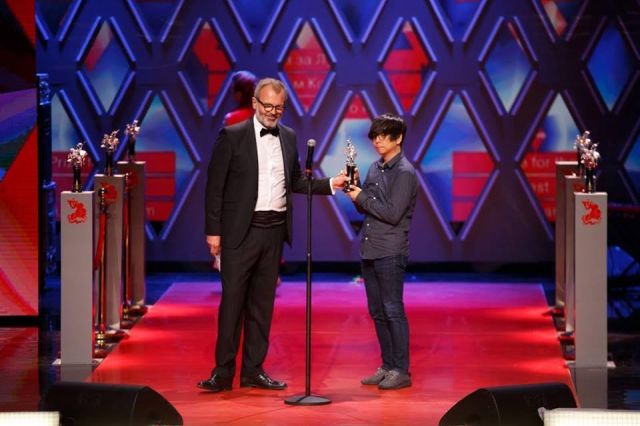 Jero Yun was born in Busan, in 1980. At the age of 13,  he entered the Atelier of drawing and painting. After studying at Busan Design High school, he began to study classic Art at the University, in 1998. In 2001, he arrived in France, continued his studies in Beaux-arts de Nancy (Fine Art school) and then  in ENSAD (Ecole Nationale Supérieure des Arts Décoratifs de Paris) where he studied classic cinema and documentary.  In 2008, he entered the Le Fresnoy, where he directed the middle-length feature film "In the Dark", which was shot in Korea, and the short film "Red Road", selected in several international festivals.

His first documentary "Looking for North Koreans" received a Special mention by the Jury in Cinema Planeta (Mexico), in 2013. His documentary "Mrs. B. A North Korean Woman" was coproduced by France and Korea, awarded Best Documentary in Moscow IFF and in Zurich Film Festival 2016, and was screened in festivals all over the world.

We talk to him about his life, his career, Mrs B, the tension in SE Asia, and many more topics.

What made you leave Korea for Europe, and become a filmmaker?

When I left my county, I had no idea what I wanted to do. I was just 20 years old and just wanted to live new experiencse. Cinema came later when was studying at Art school in Nancy (France). I met a friend from the same class, who loaned me many DVDs. They were French classic films: Godard, Truffault etc. I realized that I loved spending time watching movies. I did not know that before.

Your latest works deasl with North Korean immigrants. Why did you choose this theme?

It all started when I met a Chinese-Korean woman. I made a short film about her, called "Promesse", in 2011. She had an illegal hostel in the suburbs of Paris. She had a Northern accent (North Korean accent) that intrigued me a lot. So, I became interested in the disperse of Korean in the world, through forced separation: Japanese colonization, Korean War, the border created.

I am not working particularly on "North Korean immigrants". My work is more about "Familly". And about "the Consequences" of "the Cause", through the story of people who live near the border. 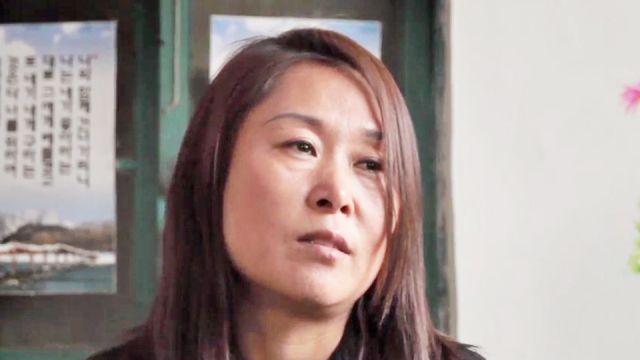 How difficult was it for you to come in contact with the smugglers, and how did you got Mrs B to open up so much about her life?

The contact with the smugglers came from my previous documentary, "Looking for North Koreans", which I spent 2 years to make it. After that, I met Mrs.B as a guide; she was supposed to introduce me to North Korean refugees in China. At the beginning, I didn't expect to make a documentary about her. I was working my script for a fiction film at the time. That is why I went to China. Finally, as I spent more time in her life, she became the main character.

Wasn't she afraid, knowing her experiences (and face) would be shown on film?

No. She wanted to talk about her life. She was very cooperative.

Can you tell us a bit about the experience you had, following the smugglers' routes?

Very intense, physically and psychologically. By bus, cars, and walking for many days. I injured my leg, was exhausted, I almost died on the mountains, because it was so slippery. Some smugglers were very humane, some were not.

Mrs B also mentions the concept of Chinese family buying wives for their sons. Can you explain a bit more about how this concept works?

In China, in isolated villages especially, you can see many old people, in majority men. So, they need women to keep what they do. 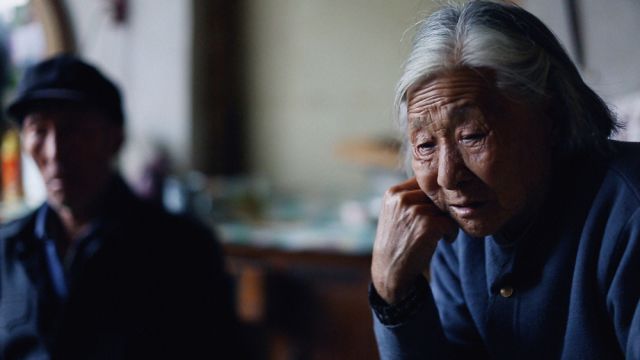 In the end, do you think that Mrs B is happy with her life?

Today, she is fine. I can't say she is happy or not. I think she is just fine.

The situation in the area, with Japan, China, North and South Korea and the US is quite tense at the moment, even more than usual. How do Koreans experience this situation, which has been going on for decades, and what is your opinion on the matter?

We are still fighting during peace in South Korea, much more than is democratically possible. I think the situation today is wrong. But believe me, many Koreans (young and old) do not want tension and war. South Korean voices are changing in this generation. And I believe things will be different.

What do you see as the advantages of documentary as opposed to making a drama on these issues? Which do you think is the one with the most impact?

In fiction, we can control the story. In documentary, we cannot (I think). That's the only difference I see. I don't think documentary has more advantages than fiction. For me, both are equally important.

Your official site (www.jeroyun.net) includes an impressive, but rather abstract image in the introductory page. What does this image show?

It is from one of of short films called "Red Road". It is ink made to look like blood for this film

Which are the filmmakers that have influenced you, and what kind of films do you like to watch?

I watch all genres, from art movies to commercial movies. For me, it's important to watch various genres. If I must choose some, I love Inarritu's films and Jacques Audiard's.

Your latest documentary is titled "Letters". Can you tell us a bit about it?

It's about two people, a woman and a man who live in Oslo and in Seoul, who talk about their ordinary lives linked by motherhood.