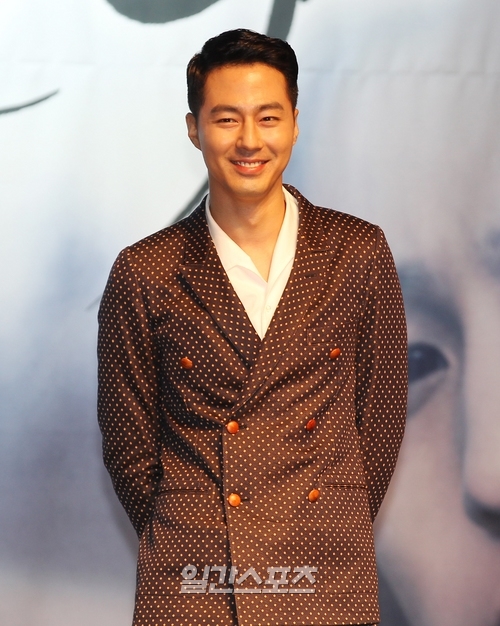 "I had nail care to express my emotions with my hands"

Jo In-sung who just finished the drama "That Winter, the Wind Blows" said, "I don't want to star in anything like that for a while". This drama was a first since the movie "A Frozen Flower" 5 years ago. He seemed sad to let Oh Soo go as he said, "The drama lingers so much that I called the writer, Noh Hee-kyeong the day after the last shoot and cried on the phone. "That Winter, the Wind Blows" is something I put more effort in than a movie". He also said, "Song Hye-kyo is beautiful enough for any man to want".

- How does it feel to finish your first come back project in 5 years?

"I called Noh in the morning after watching the final episode and cried for a while. It felt weird as feelings of sorriness and dejection co-existed. The drama took a preparation time of more than 5~6 months and it was harder than a movie. Noh listened to be quietly and then said, "Why didn't you put less effort into it"".

- Apparently you cried the most during the making

"I cried a lot in the scene where I drank Soju with Jung Eun-ji (Hee-seon). It was the scene we worked hard on the most. She said she cracked her head for two days for the line, 'You should have cheated'. The scene was shot since the morning and reading lines like, "Yeong loved you" and "She seemed bitter" made me go crazy. The scene had to be put on hold for us to go have a cigarette. The director told me it was enough for this scene and that I should read it anymore".

- What kind of advice did Go Hyun-jung give you?

"She didn't exactly say anything but she sent me a text message saying 'Noh Hee-kyeong is the best. Kim Kyoo-tae is the best. Song Hye-kyo is the best and you are the best'. It meant a lot to me".

- There were many close-up scenes.

"The director wanted many intricate scenes that even captured the movement of hands. I even had nail care for the hands. It bothered me that I had many scenes where I had to touch Song Hye-kyo's face. But it was easier to distribute my emotions to all parts of my body rather than just my face as it can sometimes seem like too much". 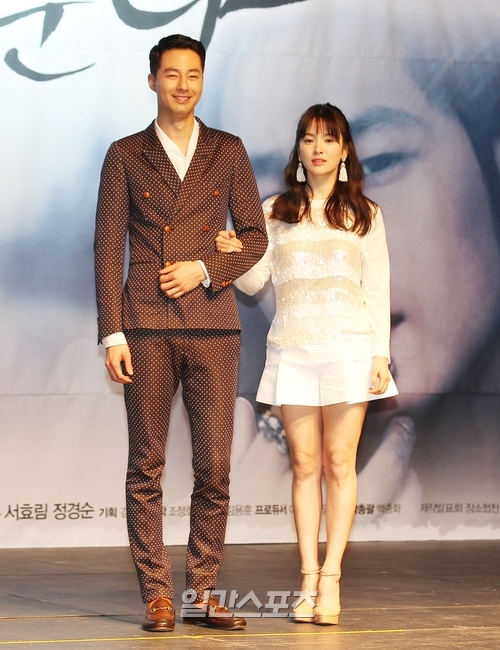 - To evaluate Song Hye-kyo as a woman?

"She is an amazing woman. No one can disagree with me that she is amazing. That doesn't mean I want her otherwise. It's my theory that dramas should end as dramas. The moment you start having other thoughts is when things get awkward. Thinking about your partner as more than a partner will make you look at her in a different way".

"I feel the time to get married is closing in. I wonder who my future partner will be. My ideal type is someone with a bigger mind than me. A man is always a child as I hear my mother say she has 3 sons including my father. I also hope my woman is someone slightly bigger than me and suppress me. I think I need to get married before I'm 40 if I want to meet someone who can take care of me".

- Any plans for going abroad?

"I still think I'm a 'local actor'. I am already loved in my country I don't need to exceed that and demand it overseas. If there is an actress like Hye-kyo who has many talents and is loved overseas, there are actors like me who are happy with what I have here. I do hope though that my works are spread out overseas. Song Hye-kyo is an actress who knows how to speak English and Chinese. I need to brush up on my Korean first".

"[Interview] Jo In-sung, "Song Hye-kyo is beautiful, that's it""
by HanCinema is licensed under a Creative Commons Attribution-Share Alike 3.0 Unported License.
Based on a work from this source