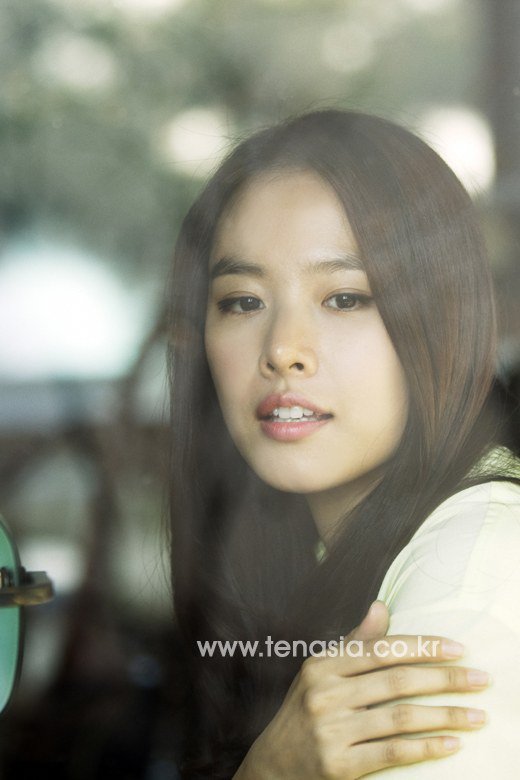 "I was so shy and used to be busy hiding, but now I want to become livelier".

The high school student who used to be so shy in front of the camera is now a well-seasoned actress 14 years into her career. She debuted in 1999 through Lee Soo-yeong's music video "I Believe" and starred in the sitcom "Orange" in 2002. She maintained her pace to get to where she is now and she is a step closer to becoming a mature actress. She completed her first historical drama "The King's Face" and on her face, is her cute smile and sense of relief. The way she spoke every word with concern also made her look intelligent.

Q. "The King's Face" was your first historical drama in 12 years.

"It was hard but fun. This was my first historical drama so I was scared, but now I'm confident. It was more fun because there were a lot of other actors and actresses my age. We depended on each other. Spending 5~6 months together in the cold makes bonds tighter".

Q. The ending where Kim Ga-hee (Jo Yoon-hee) lost her voice after being near-death when she drank the poison with Seon Jo to kill him was an unfortunate scene.

"It was tragic but it was the best choice. She put Gwang Hae on the throne and lived, living with the consciousness of Seon Jo's sins might have been the happiest ending for Ga-hee".

Q. Are you a romanticist in real life too? 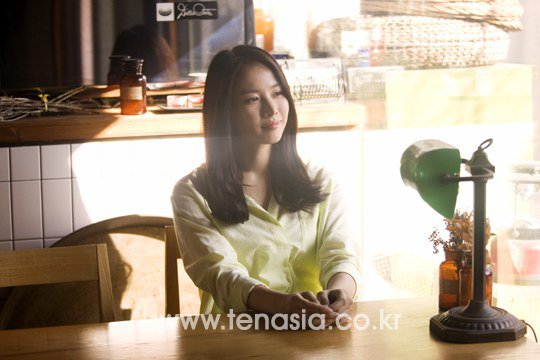 Q. This historical proved once again that Jo Yoon-hee can be both boyish and feminine at the same time.

"The director told me to be like a grown-up and calm. He told me to be firm, too. I like those characters personally so I was excited when I was told that I'd be dressing like a man. It was something new; learning how to put on an action show".

Q. What did you do to prepare for the historical drama since the way of speech is much different from other dramas?

"I took horseback riding and action classes, but I wondered what to do about the speech. Once I got the hang of it, it was really easy. It was just awkward because we never use it, but later on I became used to it. I got cuts and bruises during the action scenes but nothing big. Monitoring my action scenes was fun. I want to do something bigger next time".

Q. How was Seo In-gook as a partner?

"He makes everyone so comfortable. He's very hard working and I'm jealous of his passion. He's getting more and more handsome, too. He isn't lazy and I give him props for that. We got along well and I think he'll do well with anyone he meets".

Q. You've been noted for your boyish yet feminine appeal since the KBS 2TV drama "My Husband Got a Family".

"I think I have a neutral appeal and that's why I can pull of those characters. My real personality isn't that feminine, too. I used to be very timid, but now I am more outgoing and maybe that's why I seem boyish". 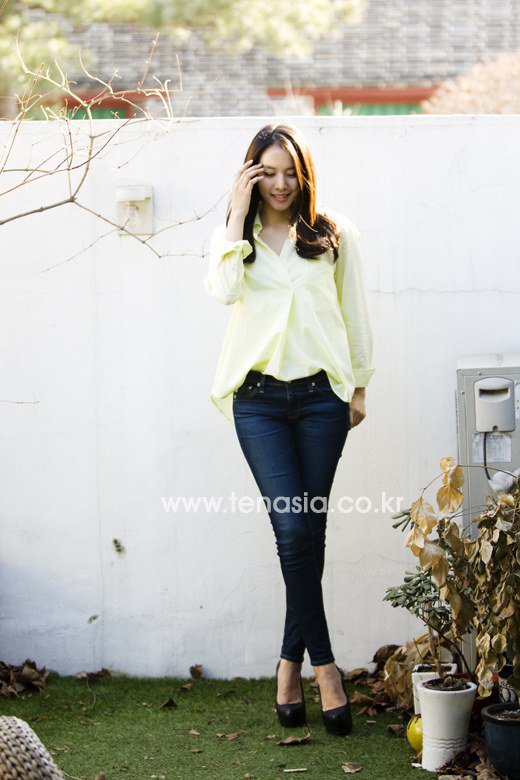 Q. How are you around other people?

"I try to be considerate and nice to other people. But those who are really close to me say they sense toughness in me. Nowadays I want to be someone with leadership. If I used to stand by and watch things happen in the past, now I want to be like a career woman who confidently says what she has in mind. Maybe that's why I'm getting tougher".

Q. Is there a reason why you feel you should become like that?

"Now that I'm in my 30s and I want to do more work, I realized being lively and active is going to help me with my acting. I didn't like to stand out and was always hiding in my 20s. I didn't like to be put on the spot and my dream when I was a child used to be 'someone normal'. I wanted to get married and have a regular family. Now I don't think like that. I want to be an eager person with a wide view of the world. My characters used to be standardized without my opinion but with experience came along more thoughts about my characters and it helps me act".

"It's a great thing, being able to work continuously. I want to do everything that comes into offer to me. There are some people who just don't get work even though they want to and I have been through it. I am going to work harder".

Q. It seems like your view on work is different now.

I felt acting was fun since my 30s. I used to think it was hard and uncomfortable and just not for me. I tried thinking about something else but there was nothing else to do but get married. But I didn't want to get married. If I was multi-talented in all ways, I would've been exhausted. Thankfully, I don't have much skills and this helped me withstand the time. Now that I'm in a good position, I can tell my story with a smile".

"I am like a bear although I think I'm becoming a fox. I was so dull. I didn't have confidence in myself even if someone told me they liked me and I didn't know how to express myself. I didn't know how to like someone or tell someone I liked them. Now I am the other way around and I am more eager about it. I think being in a relationship every once in a while helps me with acting and my emotions".

Q. Is there an ideal type?

"I like someone who is kind and considerate. He has to be confident as a man but he needs to be nice as well".

Q. Are you interested in going abroad for work?

"Of course. Many people are now making Chinese dramas. It might be tough at first, but I want to experience working with foreign people and experience other systems". 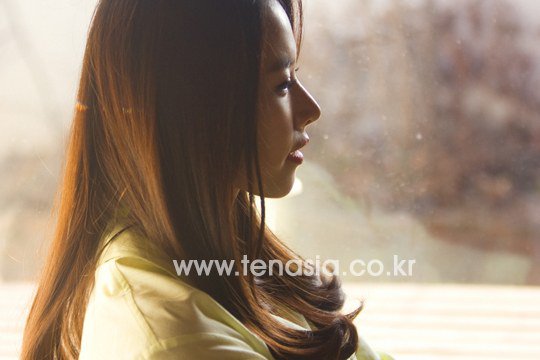 Q. What about entertainment?

"I was in a talk show before, although I was careful because many people thought I was a strong character. I want to try real variety shows as I am good at physical activities".

Q. Apparently you have 8 dogs.

"I am taking care of abandoned dogs. They are happy with me. It's good to know you can protect something and be happy together. Some are worried that I don't have a boyfriend because of the dogs but it's not like that. I just want to use a bit of my life helping animals. I feel my emotions getting stronger when I take care of my dogs. I am sad when something happens to my pets".

Q. This is your 14th year. Is there a genre that you would like to try?

"I am proud of myself when I think I have grown up. I've been a troubled character in recent works so now I want to be in soft romantic comedies. I am mature now so I want to approach them in a different way and show you that I can still be cute in my 30s".

Q. Your next partner is Yoo Seung-ho.

"We don't fall in love but my character is someone who tries to help and protect Yoo Seung-ho. It's a mellow drama but my part is slightly darker. I am a gisaeng who can't see".

"[Interview] Jo Yoon-hee, "I am free now that I am beyond my 20s""
by HanCinema is licensed under a Creative Commons Attribution-Share Alike 3.0 Unported License.
Based on a work from this source