I.O.I and DIA member, actress, and commercial star are just some keywords to describe Jung Chae-yeon (21).

The singer and actress debuted two years ago through an Mnet audition program called "Produce 101" in girl group I.O.I followed by DIA.

She began her acting career in the SBS drama "Reunited Worlds" and received the Best Rookie Award at the 2017 Asia Artist Awards.

She's been busy since her debut and now she's starring in the KBS 2TV weekend drama "My Golden Life". She's also landed a role in the 2018 drama "Shall We Live Together".

Star News had an interview with Jung Chae-yeon in "Let's Eat".

Do you have a role model?

▶ Jeon Ji-hyun. We're at different levels, but I want to be like her. I Don't Know Her that well, but when I see her in commercials or dramas, I get the feeling that she's very talented and has an amazing aura. I want to be someone who goes for the long run like her.

Have you met her in person?

▶ I met her coincidentally at a cosmetics event. I was waiting for my turn in the car and she was right before me. I took a video of her in the car. The girls and I screamed and even asked the manager for the black-box video in the car. 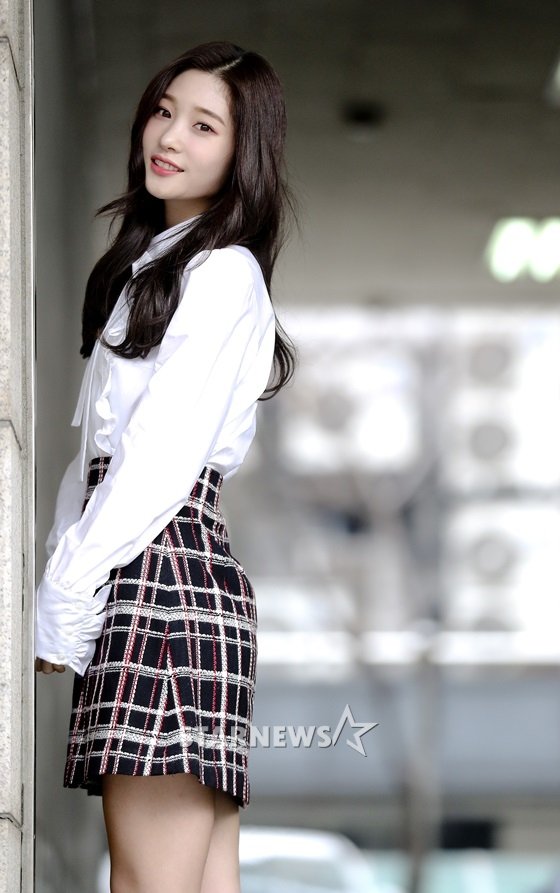 ▶ I'm grateful. I also look up to her. She's so pretty and she's popular with the public. I am grateful, but I feel bad for being compared to her.

Next to your name on portal sites, the word "dachshund" pops up too.

▶ I wore a pair of pants during a show and they made my legs looks relatively short. It was upsetting. Every time we get a new stylist they measure our legs and arms so I told her I might seem a little shorter than the other girls. I really thought I was short, but it turned out I wasn't much shorter than the others. I can't do anything about the nickname, but I thought hard on why my legs look short. Turns out a person needs long calves to appear to have long legs, but I don't. I have longer thighs. So I've been taking Pilates classes.

What's the best part of your body in your opinion?

▶ My skin tone? It's really fair so I used to get teased a lot when I was young. They said I look like an alien because my veins could be seen. Now, my make-up artist covers them up well for me.

A word for your fans, please.

"[Interview] Jung Chae-yeon Looks Up to Jeon Ji-hyun and Bae Suzy"
by HanCinema is licensed under a Creative Commons Attribution-Share Alike 3.0 Unported License.
Based on a work from this source