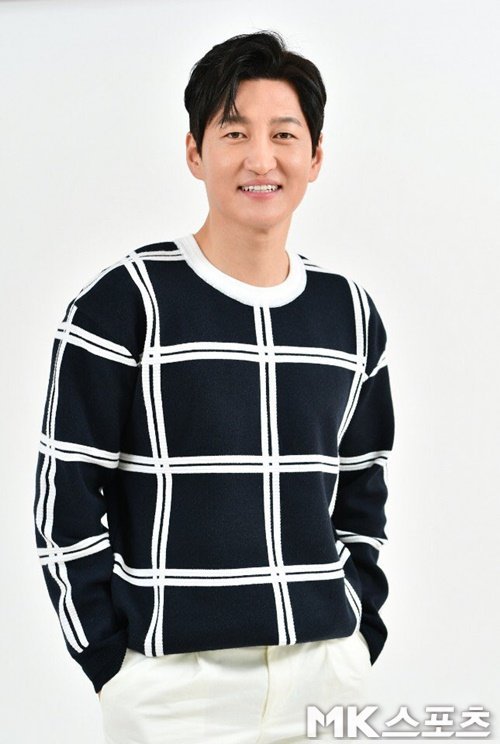 Actor Jung Soo-kyo says he has Jo In-sung's advice written down on his phone and reads it every day. It has been a lot of help.

Jung Soo-kyo has to act out a character ten years older than his real age in "Devilish Happiness". It was a difficult task.

"I felt a lot of pressure. People don't think I look my age when I act out my character as I try to sound dignified, but there are many people around me who are in their 40s, but look much younger. Still, if I can express something with my voice and with what I have, then I should".

Jung Soo-kyo was most concerned about his hair. He had to die his hair because of his whites but for his character, he left it that way. On screen, his hair looks grayish and not black.

"People's advice also helped me a lot. Jo In-sung's advice had an impact on me so I have it written down in my cell phone and I look at it every day. He said, 'Listen to others the more you grow older'. I think that applies to my life as well and not just my acting career".

He says he wants to be a 'clean' actor' and that has a better ring than saying he wants a trophy.

"My personal goals are for my people like my family and friends to be happy. As an actor, my goal is to become a clean actor. I realize this when I'm acting, but I give wrong answers to questions or speak indirectly. I want to fix this and become 'clean'".

"[Interview] Jung Soo-kyo Has Jo In-sung's Advice Written Down"
by HanCinema is licensed under a Creative Commons Attribution-Share Alike 3.0 Unported License.
Based on a work from this source