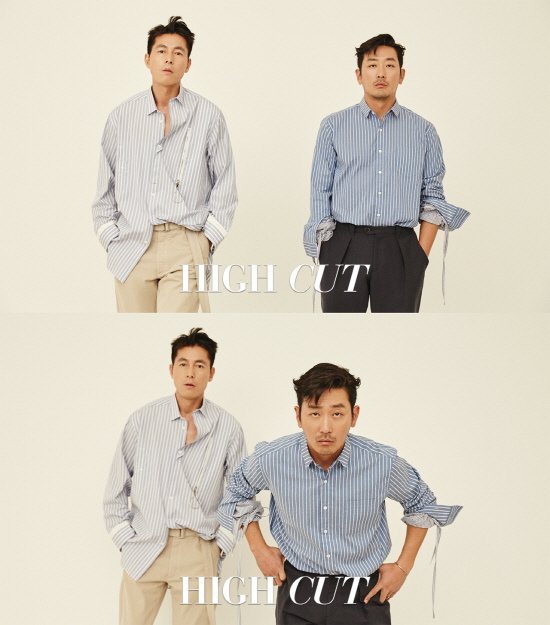 Actors Ha Jung-woo and Jung Woo-sung compete. Both were featured in the magazine High Cut.

The photoshoot concept was one of the current competition between their films, "Steel Rain" and "Along With the Gods: The Two Worlds". They both wore over-sized jackets, bomber jackets, sneakers, fur mufflers, and other casual winter looks.

Jung Woo-sung and Ha Jung-woo both belong to Artist Company. In the following interview, Jung Woo-sung said that the competition between "Steel Rain", "Along With the Gods: The Two Worlds", and "1987: When the Day Comes" is not a competition, but a family celebration. He claims the three movies have different charactesr and they have had great reviews so he wants all of them to be successful. 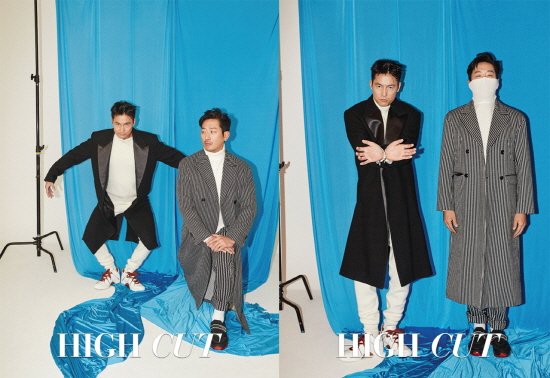 Ha Jung-woo mentioned Jung Woo-sung's noodle scene in "Steel Rain" and said, "I heard from someone that Kwak Do-won wanted that scene".

Jung Woo-sung added, "Do-won must have. I never thought of that as a mukbang. To Cheol-woo that was home-food and he just let himself loose".

In the premiere press conference of the movie "Along With the Gods: The Two Worlds", the cast was asked who they would like To Be Reborn as. Ha Jung-woo wanted to be himself and Lee Jung-jae said "Jung Woo-sung".

Jung Woo-sung was asked the same question and he said, "I would like to be Ha Jung-woo. He's such an attractive human". Ha Jung-woo said Jung Woo-sung was so healthy and that he felt he was always the same. He added that was the reason he joined Artist Company. 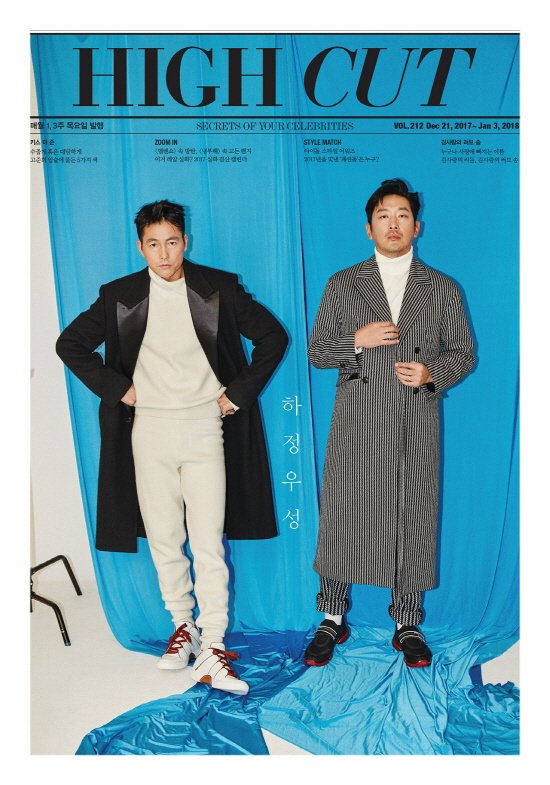 "[Interview] Jung Woo-sung and Ha Jung-woo Model Together"
by HanCinema is licensed under a Creative Commons Attribution-Share Alike 3.0 Unported License.
Based on a work from this source