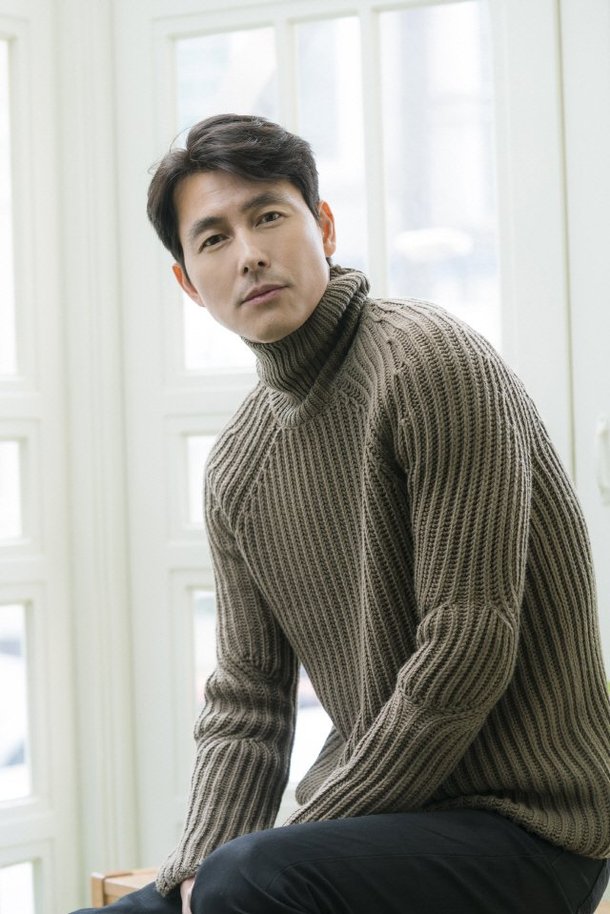 Jung Woo-sung says he gets asked about marriage by his family all the time in an interview with Sports Joseon.

The handsome 46-year-old actor plays the role of Soon-ho, a lawyer who is suspected for murder, in his latest film "Innocent Witness". His only witness is a girl with autism. The film is the latest from Director Lee Han and it is described as a "human movie", a film that delves into humanity with a rich plot and fine acting.

Jung Woo-sung, who has been in deep and charismatic roles in previous movies, is in the spotlight for his massive transformation in "Innocent Witness".

Jung Woo-sung's role of Soon-ho is a lawyer who has nothing but faith in the beginning, but now knows about nothing other than personal gain until he meets Ji-woo (Kim Hyang-gi), a child with autism. The change he experiences after meeting her truly touches everyone's hearts and it is this character that makes him different from the past characters he's taken on.

In the film, Jung Woo-sung gets pressured by his father to get married and in the interview he was asked if he didn't want to go home during the holidays because of the pressure and he said, "It's not up to me, but I haven't lost hope yet".

"[Interview] Jung Woo-sung Hasn't Lost Hope About Marriage"
by HanCinema is licensed under a Creative Commons Attribution-Share Alike 3.0 Unported License.
Based on a work from this source