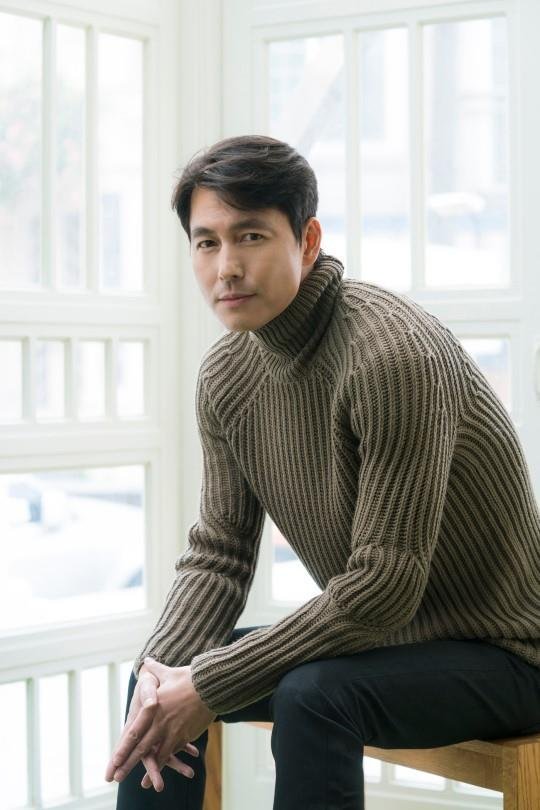 Jung Woo-sung is back with a movie called "Innocent Witness" which is about a lawyer who has to work a case with a witness that is a teenage girl with autism. His life is changed through her eventually. Jung Woo-sung claims this character helped him feel cleansed in real life too.

Jung Woo-sung has appeared in many serious and scary movies and a couple of melos as of late. He's appeared as several characters in "Asura: The City of Madness", "The Divine Move", "Steel Rain" , "Illang : The Wolf Brigade" and "The King". His challenge spirit was noticed but he didn't get much chance to act out everyday life. In "Innocent Witness", he plays a lawyer who is as close to reality as he can get.

Jung Woo-sung has met Kim Hyang-gi before. When she started acting in 2003, they appeared in a bread commercial together. She was only 29 months, or 2 and a half years old then.

A while ago, Kim Hyang-gi appeared on V App and chose Jung Woo-sung in her World Cup of uncles. Jung Woo-sung had said back then, "I was honored and I told myself I've been having a good life. Hyang-gi loved her uncle Jung Woo-sung since she was 29 months old".

Recently, Jung Woo-sung said, "I haven't been able to follow Hyang-gi's career path after we met when she was 29 months old. I've seen her a couple of times here and there, but I never imagined this girl was the same girl that I saw".

"I was so surprised to hear who I'd be working with. I recalled the last time I met her, but I don't remember that clearly. Then it hit me; my age".

He continued, "People meet and then part, but they can meet again. I wondered how an actress named Hyang-gi could have grown up so well and I felt very proud of her".

Hyang-gi is much younger than Jung Woo-sung, but he respects her. "As a fellow actor, she definitely does her part regardless of career experience and age. She kept that in mind that when the movie came out. Those who have autism or their families shouldn't feel insulted through her acting and I realized what a great person she was".

"I was able to look back on myself when I met Hyang-gi again and when I remembered I used to have 6 or7 year old Yeo Jin-goo on my lap. Like Soon-ho finds his intentions through Ji-woo, I too looked back on myself". 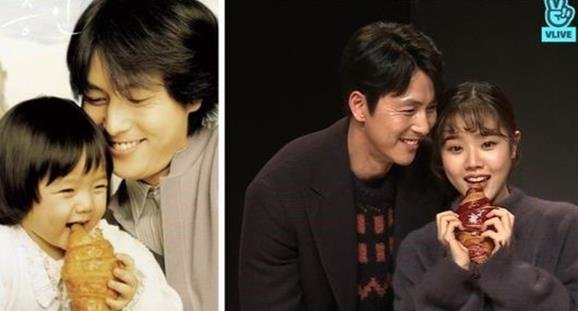 "[Interview] Jung Woo-sung Worked With Kim Hyang-gi When She Was a Toddler"
by HanCinema is licensed under a Creative Commons Attribution-Share Alike 3.0 Unported License.
Based on a work from this source