[Interview] Kang Yoon-sung: I think it is important to move the audience in genre movies 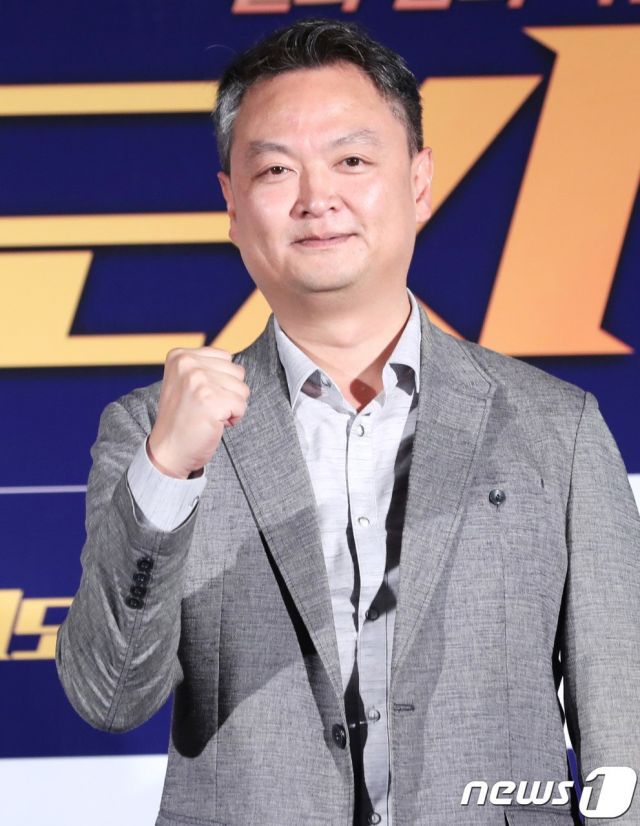 Kang Yoon-Sung has been in show business since the start of the previous decade, having acted in "Please Teach Me English" in 2003. "The Outlaws" (aka "Crime City") is his first full feature film as a director.

On the occasion of the screening of "The Outlaws" (Festival entry as "Crime City") at London Korean Film Festival, we speak with him about his film, his collaboration with Ma Dong-seok, Korean movie industry, and many other topics.

You have also worked as an actor. Can you tell us a bit about your general experience in cinema, and the path the led you to become a director?

Actually, I wasn't really focused on becoming an actor, but I liked acting even though I don't have any ability in it. I was more interested in acting as a concept, while I was preparing for directing, in order to study how an actor can perform well.

When I saw "Reservoir Dogs" in 1992, I decided to be a director and a writer. This film gave me great inspiration.

"The Outlaws" is based on a 2004 Chinese-Korean gangster mop-up operation in Seoul's Garibong neighborhood. Why did you choose this incident for the script, what research did you do about the events, and how close did you stay to the actual events and characters?

I had seen an article four years ago, in which a team of detectives swept thirty-two Chinese-Korean gangsters on a single day in Garibong. I was very interested in the events, due to the unusual situation. Fortunately, at that time, Ma Dong-seok suggested that I make a 'detective movie', and that is the reason I wrote the script. After that, I met many detectives who had worked in Garibong at the time, but it was very hard to meet Chinese-Korean gangsters. For obvious reasons, researching gangsters is not easy. Actually, Chinese-Korean gangsters in the movie are created by my imagination based on articles, and detectives are by research. Then, I mixed several actual events in order to from a compact story. For example, the events in which Chang Chen and Yoon Kye-sang cut the arm of man in the room-salon, and the one where the first boss was killed in a junkyard are different cases that occured on different dates. 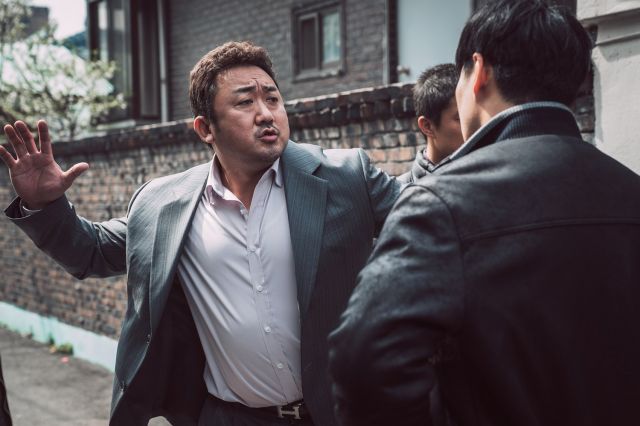 What is the situation in Garibong now? Is crime still dominant there?

In the past, there were a lot of small groups of organized gangs, but now it is a very safe area. Residents implement their own crime prevention.

Ma Dong-seok is becoming a superstar very fast. How was your cooperation with him?

Ma has been my best friend for 12 years. He is ingenious and knows how much he is loved by the audience. As mentioned above, Ma suggested to me to make a 'detective movie' and he had very good attributes, physically, for a homicide detective. We discussed this story together for three years, so his character was actually suited for him.

Can you tell us some details about how you shot the final fight scene? 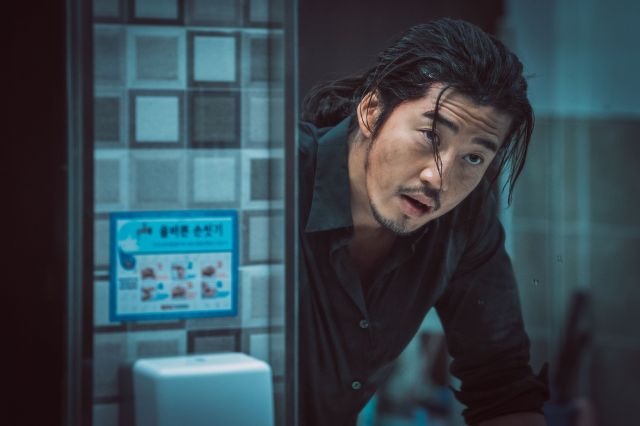 The film combines violence with humor. Why did you choose this approach? In general, what do you think about the depiction of violence in films?

I wanted to shoot a movie in two different tones, from the beginning. I wanted to give humor to the detectives and tension to Chang Chen and Yoon Kye-sang. And after the detectives and Chang Chen meet at the restaurant, the movie turns into an action one. What I thought was important was to implement some commercial movie entertainment. And in action, I focused on acting rather than the brutal portrayal of the action. I think it is important to move the emotions of the audience in these genre movies. I think it is more important to let the audience imagine what is taking place, than to show it to them in detail.

How was the shooting of the film like? Did you have any problems during the shooting and were there any memorable episodes?

The first shot of Ma Dong-seok was a scene of running the alley and catching the perpetrator. At that time, he fell and hurt his leg. So, it was a situation where he should have a cast in his ankle. However, he did not use a cast and finished all subsequent shootings. I sincerely applaud his passion. And Yoon Kye-sang had a long-take scene in the party place and had to shoot it 5 times, but later the actor was so tired that he could not even wake up.

The Korean movie market is getting bigger and the movies are selling well as overseas remake rights. I think the prospects are bright.

Which are your favorite directors/movies?