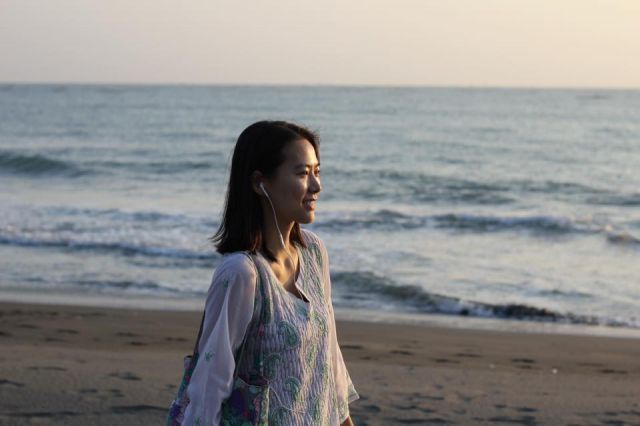 Kim Bora studied directing at Columbia University in New York. Her short film "The Recorder Exam" won numerous prizes including a Student Film Award from the Directors Guild of America. Her debut feature film, Beol-sae (House of Hummingbird), received production support from the Korean Film Council, the Seoul Film Commission and the Busan International Film Festival's Asian Cinema Fund, as well as post-production support from the Sundance Institute's Feature Film Program. It premiered at Busan where it won the NETPAC Award and the KNN Audience Award.

On the occasion of "House of Hummingbird" screening at Berlinale, we speak with her about her career, 1994 and its significance, the film in detail, Korean movie industry and other topics.

You did your BA in Korea but you Master at Columbia University. How did that occur and in what way have your studies in the US influenced you in your filmmaking?

I made the decisions because I wanted to study cinema in a different country so that I could get a different view on filmmaking. Also, I wanted to explore a new culture in the US, where everyone, from all walks of life, live together. Indeed, it was very interesting to live and study film in NYC as my spectrum got broader and I was able to see my past and present in a different angle.

The initial idea for "House of Hummingbird" was born when I was in NY as well. You get to have a healthy distance from your own country and memories when you live that far away. I also got to understand the fundamental emotions of people. The people that I met in NY varied as characters but they have common, collective emotions and I wanted to depict that in my film.

What does the title of the film mean? Why did you decide to set it in 1994 and what was the inspiration behind the film?

Hummingbird is the smallest bird in the world but it moves its wing 80 times on average per second and flies for a very long distance to find nectar. I found that it was very symbolic, like a quest of a human being and related to Eun-hee, who is also trying hard to find real love in her life.

The reason that it is set in 1994 is because I was a middle schooler like Eun-hee at the time and also that was the year of the Seongsu Bridge Collapse which marked a traumatic year for Korea.

The film revolves around various events, like the World Cup and Kim Il-sung's death, but the most significant event seems to be the collapse of Seongsu Bridge. Why is that?

Seongsu Bridge collapse was not just a sudden accident but more of a man-made accident which we would have been able to avoid if the country was focusing more on people than development. Back then, in the 90s, my country was eager to be a developed country and built everything quickly to prove themselves. So, there was the Seongsu Bridge Collapse and then the Sampoong Department Store collapse, which was a huge department store in Seoul, within 2 years. Those two huge accidents were a wake-up call for our country.

I consider that the bridge collapse has a symbolic meaning to my country and Eun-hee's journey. The broken bridge image could be a physical, symbolic expression of the separations that my country / Eunhee goes through. 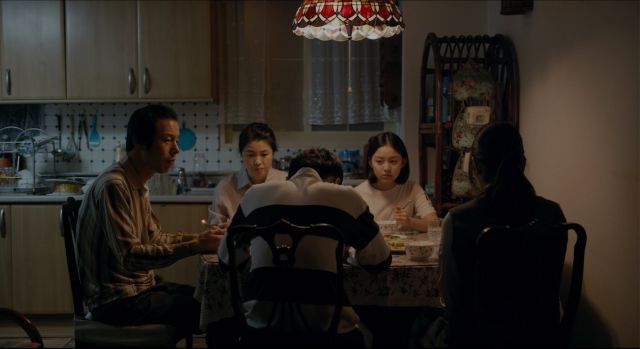 Also, personally, my sister went to Muhak High school and she had to pass the bridge to commute to her school. She was able to save her life as she was late that morning but lots of her friends died from the accident. That night of the accident, my whole family was quiet at dinner and not knowing how to react to that moment. My sister was alive and we felt relieved but many died. It was painful. I wanted to touch the atmosphere of the era, the fact that my country was aching hard from the irony and tragedy.

Melodrama seems to be one of the favorite categories of Korean audience, but the genre seems to exist only through some small scenes here and there in various films (the ending of "Train to Busan" for example). Why did you choose to make a film that moves mostly in that direction and do you think realism is the way the genre should follow, instead of forced sentimentalism?

I see this film as a realistic drama. Yes, I'm not very much a fan of forced sentimentalism or forced/normal depiction of society such as heterosexual relationships.

One of the major topics of the movie is domestic violence. What is your take on the subject and why did you choose to portray it in such a subtle (implied in essence) fashion?

It's because I wanted to focus more on light, not darkness. The film is about love and resilience of Eun-hee and the people around her. And I don't get moved when the film only shows the negative side of life. Life has everything, good and bad, like Young-ji's letter. So I wanted to touch the topic of violence in a subtle way. I also wanted to share the voice of male characters who are seemingly taking the role of oppressor. If you see things deeper, there are always reasons behind these violent actions and I wanted to depict that. But of course, I tried not to romanticize or pity them, but just have a deeper / layered understanding.

In the beginning of the film, the story seems to accuse the parent directly, as the father is set on the education of his children without caring for anything else and the mother is just detached. As the movie progresses though, you make a point of highlighting the fact that they are not the "villains". Can you elaborate on this?

Do you feel tEun-hee's situation mirrors the issues youths have in Korea these days also? (education, romance, family, LGBT).

According to Korean audiences, yes. Some audiences said that they almost felt like HOH was a documentary. 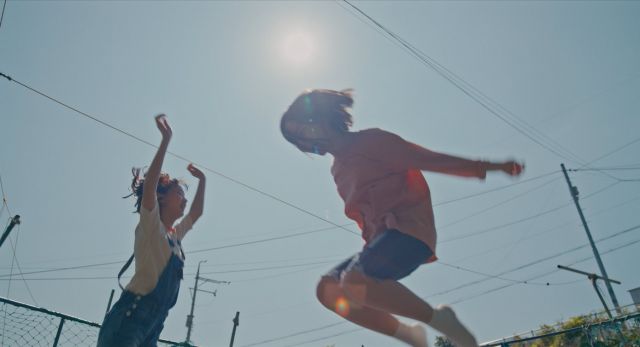 Why did you choose to also include LGBT themes in the film?

No reason. The relationship with Yoo-ri, the girl, is just as natural as the one with Ji-wan, the boy. I just tried my best to depict human life. But I do think Eun-hee as bisexual could explain a lot about her character, which is rebellious, free and seeing the world differently.

Park Ji-hoo's performance is excellent. How did you guide her for the role? In general, how was the casting process like for the film?

We talked a lot about film and each other before the shooting. And Ji-hoo was very smart and intuitive in terms of understanding the role and the world of Eun-hee. One day, we would just go out for a walk near the Han River and talk about random things, eat together and I would read her tarot card. (I'm a tarot teller too. :)) I just wanted to get to know her more as a person before we go on the set.

On the set, we did not have much conversation, as I wanted her to act fresh. But I asked many questions to her like "how do you feel now? What happened before this scene? What do you want to hear from that person?" to make her become engaged in the situation. But we tried not to do too much rehearsal as that would ruin freshness.

In terms of casting the role of Eun-hee, I feel like our team saw 'almost' every possible teenager actress at that age from 2014 to 2017. I auditioned time to time for the role, since 2014. And Ji-hoo was the only girl who read the script in the way that I meant for the part. I loved her from the very beginning and I feel very thankful for her acting. She trusted me / the film and did an amazing job. She calls "House of Hummingbird" her first love.

Kang Gook-hyun's cinematography focuses on realism and following Park Ji-hoo as much as possible. Can you give us some details about this approach and your cooperation with him?

I have always loved his cinematography. In his previous work "Stateless Things" by Kim Kyung-mook, he shot Korea as if a foreigner shot it. He sees things in a unique and uncanny way. I like that and we tried our best to depict the era of the 90s as realistically as possible. He was DP and even did lighting himself. He didn't use much artificial lighting indoor, especially in Eun-hee's house and we tried our best to find a natural location which has lots of green and sunlight to have good contrast between Eun-hee's house and her outside world. Our one visual reference for "House of Hummingbird" was "YiYi" by Edward Yang.

As you know, there are lots of films that are violent and male-driven, by male directors. I don't care about their sex but the contents of their films. A lot of male directors have a similar viewpoint and produce similar films which are not artistically engaging. I would like to see more of auteur/ personal films, that I can feel relate to. But the Korean industry is changing now. Last year, the Busan International Film Festival picked many excellent films by female directors and I feel very happy that they choose not just female-driven films but good films.

Yes, I am working on a film about the pain of people and how people express and experience their pain in a different way. And the genre of the film might be Sci-fi.