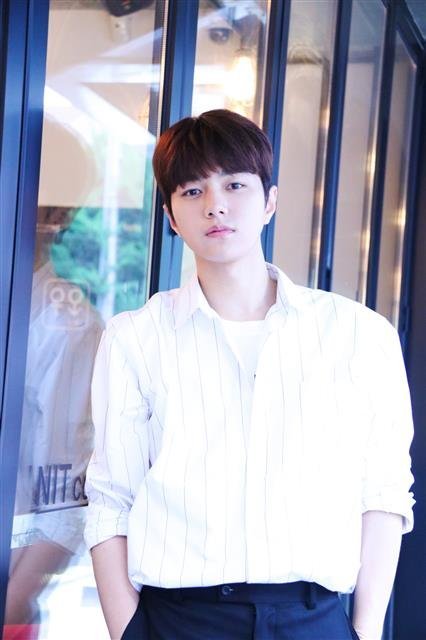 He is no longer Kim Myung-soo from Infinite, but Kim Myung-soo-I the actor. "I have to work hard to break prejudices about my being a former idol".

Kim Myung-soo played Im Ba-reun in the recently ended JTBC drama "Miss Hammurabi" and Seoul Paper met him in a café in Seoul.

He's had constant acting work since "Shut Up: Flower Boy Band", "My Lovely Girl" and "Ruler: Master of the Mask", but "Miss Hammurabi" was his first leading role. "It was a lot of pressure, but I knew I could do it after I read the script. Reading the script over and over again made me Im Ba-reun before I even started filming".

Despite other dramas that lead to disputes over his acting, many say he's met the character of his lifetime, but he only gives himself 50 out of 100. "It was a pre-producted so I watched it from a viewer's point of view and spotted many errors like my pronunciation and emotional expressions".

He watched real civil trials and studied how the judges debated in the court. The realistic set helped him to get into his character. He says he reads a lot of the comments online and he said, "Sometimes they hurt me, but they help me to improve. They are the source of my acting".

"The writer (chief judge Moon Yoo-suk) said the way I think before I speak and following the principles was just like Im Ba-reun. He said I tried to melt Kim Myung-soo-I into Im Ba-reun. If Park-Cha Oh-reum (Go Ara) was a judge who was after an ideal, Im Ba-reun was closer to a real judge".

The atmosphere on the set was always good. "Sung Dong-il is fun and takes good care of everyone while Go Ara is always smiling".

"I hope "Miss Hammurabi" is something I can suggest people to watch for a long time".

"[Interview] Kim Myung-soo Draws Inspiration From Feedback Good and Bad"
by HanCinema is licensed under a Creative Commons Attribution-Share Alike 3.0 Unported License.
Based on a work from this source