[Interview] Kim Nam-gil, "Cannes? It's only the beginning" 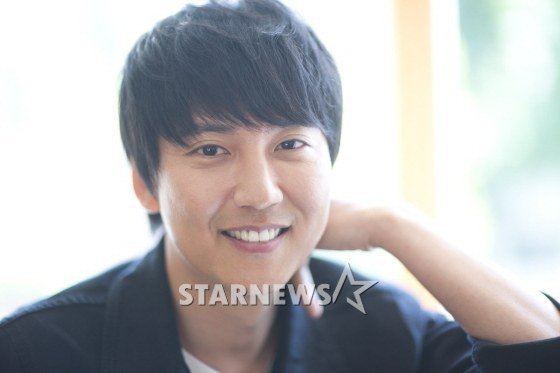 It's a challenge to work with Jeon Do-yeon. Whether it be a woman or man, you are soon going to be overpowered by her aura. She's dangerous.

Kim Nam-gil chose her intentionally. He co-starred with her in the movie "The Shameless" which is about a detective who will do anything to catch a criminal and approaching a woman to catch one. Jeon Do-yeon is the woman of the killer and Kim Nam-gil is the detective.

"The Shameless" is a man's movie. However, it tilts over to Jeon Do-yeon as if she put a spell on it. What was Kim Nam-gil thinking? He gave a typical answer, "This is why they say Jeon Do-yeon indeed".

Q: How do you feel after being to the 68th Cannes International Film Festival?

Kim Nam-gil: "I'm not sure really. Everyone is congratulating me, but I really don't know. I feel like it was the Busan International Film Festival in another country. Bravery is when you don't know. I thought I was part of an international movie makers association. The Cannes was definitely not on my list though. Jeon Do-yeon said she's stimulated by Cannes, but maybe it's because I still have a lot to do in Korea; I'm not sure. I know I have to work harder, though".

Your role in "The Shameless" was initially given to Lee Jung-jae but he had to undergo shoulder surgery. Did you know that? Was it that appealing to you?

"The funny thing is, I had the same surgery before. I read on the news that he had to quit the movie because of his surgery. I wondered how good the movie must have been for him to say he'd do it at first. So I asked my manager to get me a copy of the screenplay and it was great. I did a similar movie called "The Day Before". Back then, I thought that I would have preferred to be a little older when I did that movie. So, I was attracted to "The Shameless". If I like the screenplay, then others might like it too".

Jeon Do-yeon was already in the cast; did you feel like it was worth a shot?

"I didn't think like that at first, but then I realized it had to be good. I did think of making it a man's movie, but then I changed my mind. Jeon Do-yeon had to make it out of this movie for me to survive as well but she said the same thing to me. We were on good terms, then I watched the movie and I felt it. She's been at this for 24 years while it's only been about 10 years for me. I have a lot of catching up to do".

The scenario is based around the male but the weight of the movie shifted. It can be good or bad. What do you think?

"I was stunned when I first saw the movie. I wished I had done better. Then I realized what the fuss of Jeon Do-yeon was all about. I wondered if the movie was too long but Jeon Do-yeon and the director glared at me. I didn't mean it wasn't going to be a fun movie if it was long, but I was talking about the epilogue at the end. I never felt like that about any of the other movies I made".

"The epilogue comes along with the commentary that I parttake in at the end and initially, it was shot in two versions. A short lingering emotion and a longer one. Park Chan-wook said the first one was good but they used the second one instead".

"I have a trauma from "The Day Before". It was hard trying to manage all those emotions. Now that I am more mature, I figured I could handle it, but the epilogue was tough". 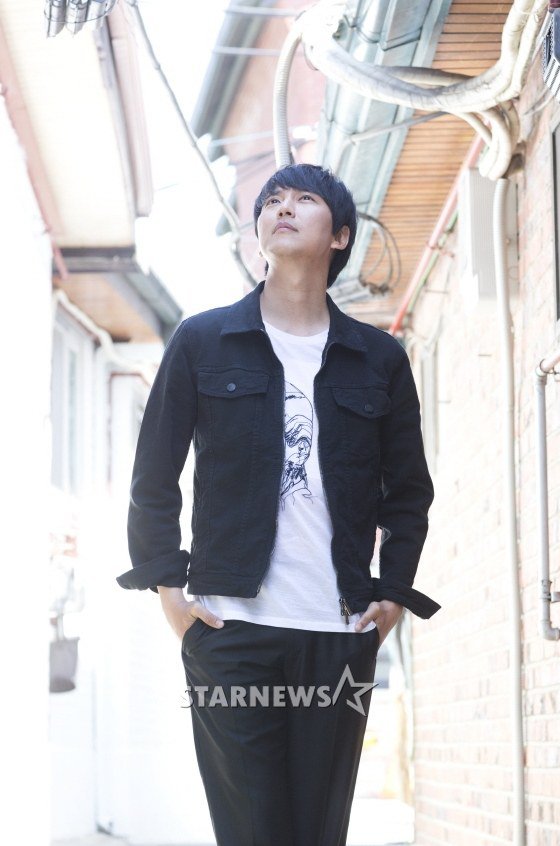 There are many emotional scenes with Jeon Do-yeon. Scenes such as, "Do you want to live with me?" and "Do you believe that?" It must not have been easy handling her speed.

"She went at about 135 kilometers an hour. I didn't know what to make of the scenes so we talked a lot. We were comfortable with each other. But then when I saw the movie, I had to admit right away".

"I am only just beginning. It's always the beginning for me".

"It isn't manners to be too modest. I tried to be as comfortable as possible but you never know when you're just starting".

"I talked to the director about my character. It seemed to stylish to be real. So I took it down a notch but if I still look stylish then I can't help it".

The scene where Jeon Do-yeon went head to head with her killer lover Park Sung-woong was very impressive.

"When I met Jeon Do-yeon for the first time, my first thought was that she was taller than she seemed. Park Sung-woong was scary. He learned something from Jung Doo-hong the martial arts director; how to make foam on a drink. He was doing that, but I didn't know and got rid of it. He glared at me so I begged him for my life (laughs)".

"Park Sung-woong is really strong, it hurts when you bump into him. He is the first man I bumped into but didn't even flinch. The battle scene between him and I was made to look like a battle over the woman".

You appear in "The Sound of a Flower" with Suzy

"I was actually against the word, 'National Sister'. I have a first love of my own but the nickname made her my first love as well. I showed off that I was working with Jeon Do-yeon but Suzy wasn't bad at all. She was very hard working".

You are currently filming the film "Pandora". Some say it's an antigovernment movie. It was supposed to be filmed in Busan but the location changed to Kangwon.

"I didn't know about that. A film is a film. I don't think an actor should be influenced by religion or politics. I don't know them that well either".

You are currently in discussion with Kim Seong-soo's "Asura: The City of Madness"

"We're in the process of deciding if I should be a detective of prosecutor. The movie stars many great actors, so what can I do?"

Would you work with Jeon Do-yeon again?

"Of course. Someone asked me what it was like. I feel something is amiss. Next time, I want to be fully ready to play alongside her at 160 km/h".

"[Interview] Kim Nam-gil, "Cannes? It's only the beginning""
by HanCinema is licensed under a Creative Commons Attribution-Share Alike 3.0 Unported License.
Based on a work from this source