[Interview] Kim Nam-joo as a mother, a woman and an actress 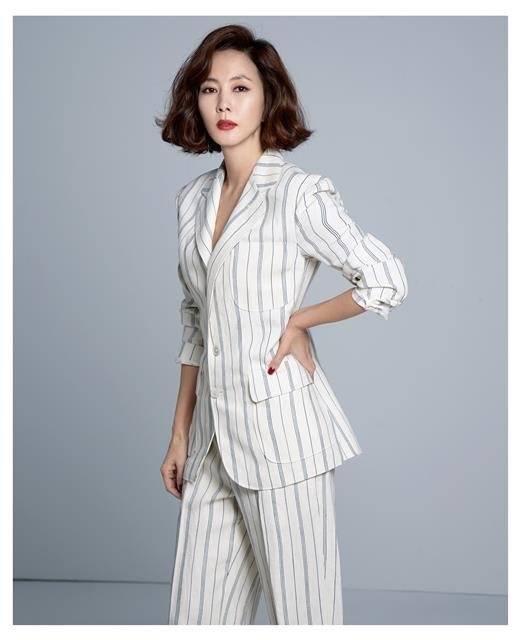 Kim Nam-joo, who came back with the JTBC drama "Misty" for the first time in 7 years, played Ko Hye-ran, a woman who desires success and for that, she puts three men who love her in danger. Her voluptuous and charismatic image created a character none like seen before and proved that even actresses in their late 40s can play leading roles in K-drama. "Misty" started with 3.5% but ended up with 8.5% in the end. Kim Nam-joo is a favorite amongst many women. She's a former Miss Korea who debuted as an actress in 1994. She acknowledged coolly that she wasn't a natural beauty nor an innocent beauty when romantic comedies were a trend back then. She married actor Kim Seung-woo in 2005 and starred in several dramas like "My Wife is a Superwoman", "Queen of Reversals", "My Husband Got a Family" and more. She is a strong career woman and a mother who has a teenage daughter and a younger son.

"My dream is to be a good mother but I won't act out one".

Kim Nam-joo said people tell her 'it's time you act a mother' many times. "It was a small ambition of mine to change the minds of people who think actresses who grow old have no roles to play except for a mother. I used to be afraid to get married because I didn't think I could continue working but seeing those 90s stars come back now, I think I did a good think to get married. I want to be able to do everything as a mother, a woman and as an actress".

Ko Hye-ran from "Misty" does anything for her goal but she doesn't agree with injustice and stands against male-centered power. If she believes she's right, she'll yell at her superior and not back down even if the situation appears difficult for her. Kim Nam-joo said, "Ko Hye-ran is a career woman just like anyone else but she just does some things more courageously than the others and that's where relief comes from. It's hard to be a working mother balancing work and child care at the same time so I even tell my younger actors not to have kids".

Kim Nam-joo added, "I got surrogate satisfaction by acting out Ko Hye-ran but I also feel pity for her because I think she spent her younger years only aiming for her goal". She liked the ending question, 'are you happy now?' "Tae-wook and Hye-ran didn't end on a happy note but I think that was a very sophisticated finish. The drama sends the message to people to look back on their happiness".

The actress claims she dreamed more to become a mother than an actress and she said, "It's the first time I haven't been able to give my kids enough attention. First, I'm going to apply for cooking classes and make them delicious food".

"There's no retirement in what we do. I won't be hasty because actresses have their right moments in the right times. I want to be awesome, not just pretty and elegant".

"[Interview] Kim Nam-joo as a mother, a woman and an actress "
by HanCinema is licensed under a Creative Commons Attribution-Share Alike 3.0 Unported License.
Based on a work from this source