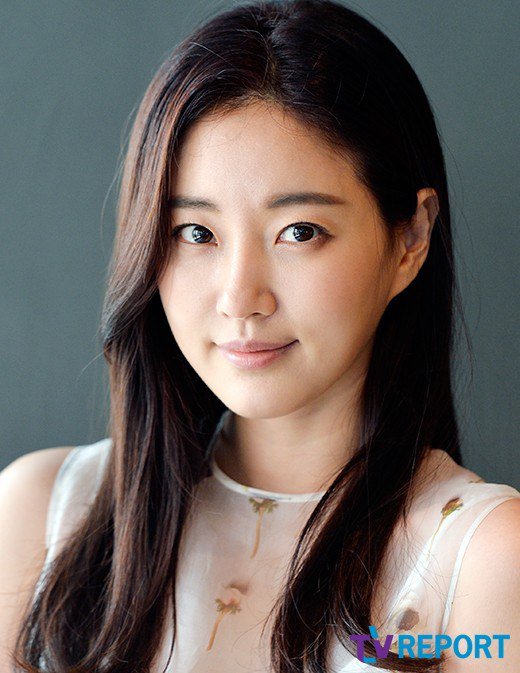 She gave up sexy. Instead she showed endless potential as an actress. Kim Sa-rang has become the nation's Sa-rang through "My Love Eun-dong". She was Ji Eun-dong and Seo Jeong-eun for the past 4 months. It's like she never left at all.

Kim Sa-rang was as beautiful as ever. She had once said that eating three meals a day led to weight and as if she still keeps to her words, she looked outstanding. Yoon Seul from "Secret Garden" was no longer there. She looked innocent and easygoing.

Q: How do you feel now that "My Love Eun-dong" is over

Kim Sa-rang: "It's disappointing. I want to be Eun-dong for a little more. But I think it was the best time to end it. I haven't had a break yet as I had to go east for an ad after the drama".

You were successful in becoming an innocent girl. How do the others around you take it?

"Now sexy is awkward. I like it better now through. Those around me say I was a lot like usual self and they prefer it that way too. Even my mother calls me Eun-dong".

Do you agree you were popular more with the 30s and 40s?

"There's a massage parlor I go to. I like it strong but one day the masseur was going light on me so I asked for more pressure, then she said, "I don't think Eun-dong should hurt anymore". That was when Eun-dong was going through a hard time. So I realized how many people watch it".

Do you check for online reviews and comments?

"Of course. I didn't when I was filmin,g but I have a mentality like glass so I get affected easily by good or bad words. I can't concentrate the next day if I see something bad the day before. So I only check it later".

Was there anything you remember reading online?

"Kim Tae-hoon was bullying me in the drama. Someone wrote online, "I'm going to slit your throat". It was shocking but funny at the same time".

How was working with Joo Jin-mo and Kim Tae-hoon?

"Joo Jin-mo is exactly like his character Ji Eun-ho. He's playful. He looks strong and forceful but he's not like that. I was worried about our teamwork because we were often apart. But he's a nice man. He makes jokes on set and makes everyone feel comfortable. Kim Tae-hoon is the opposite. He's playful but sincere. He bullies me in the drama but he actually helped me out a lot".

How was it acting like a mother to Park Min-soo?

"I worried a lot from the beginning. I realized there was a big difference in being a mother while you are one and being a mother when you're not. It isn't something you can pretend to do. Min-soo followed my lead well and he was good. His mother advised me a lot as well. I asked her how she felt when her boy lay sick in bed and she said it was 'indescribable'".

Do you think you did your best without regret?

"Some people are going to like it and some people won't. I told myself not to regret anything so no, I won't regret. I lost 3.5 kilograms because I thought so hard about work. I had a hard time trying to understand Eun-dong. I re-read the scenario from episode 1 to 7 and tried not to miss anything. I think the hard work paid off so I want to be Eun-dong for a little more now".

You were absent for 4 years.

"I have always been a city girl with fancy toys. I wanted a break from that and it turned out longer than usual. I wondered if I should act again and that's when "My Love Eun-dong" found me. I didn't think I could do it. It was a burden. I am a mother with a child in the drama and is bullied by people around me. However, the director told me to be at ease and do my best".

It seems that "My Love Eun-dong" is a meaningful one to you.

""My Love Eun-dong" gave me permission to become an actress. The public accepted me as Ji Eun-dong. I wanted to rest after work in the past but now I don't. Eun-dong changed me and I could do better, but I'll do better in the work to come".

"Maybe a long time ago. I don't have a boyfriend now so I don't know. My Love Cells are dying".

We can't forget to ask you who your ideal type is.

"My ideal type is someone innocent yet wise. If he is too ignorant about the world, then I would have to take care of him, so he has to be wise. I don't ask for looks. I like Nicholas Halt from "Warm Bodies". I felt my heart thump for a zombie [like him]".

"I want to try a movie. Something for the fall as it's approaching soon".

If you're asked to be sexy again, can you do it?

"I think being sexy is great for an actress. I was tired of it because I was always 'sexy'. I can relate to it and I'm even more grateful if the role doesn't end there. If I can do it, then I'm fine with it".

"[Interview] Kim Sa-rang, "My Love Eun-dong" changed me""
by HanCinema is licensed under a Creative Commons Attribution-Share Alike 3.0 Unported License.
Based on a work from this source