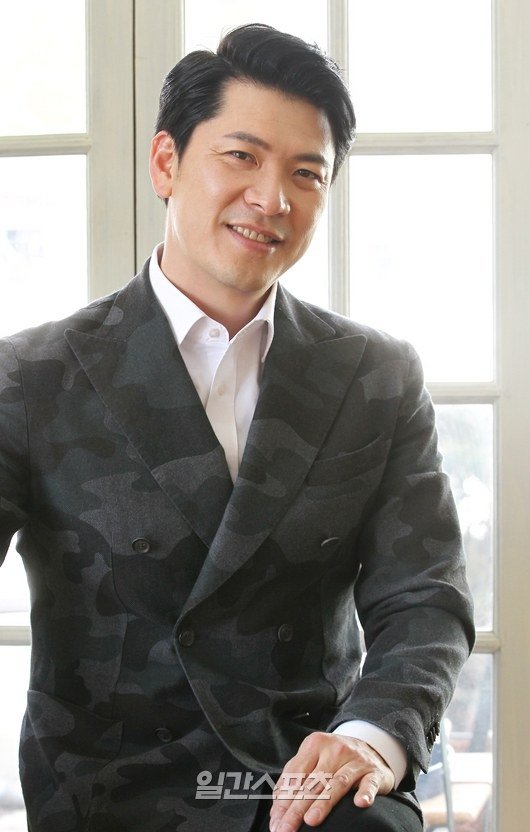 Actor Kim Sang-kyung is like the guy next door. We met him in a café for this interview and he had a laugh loud enough to ring the entire café and was very humorous. He knows each and everyone's names on site when he's at work and he also uses the reporter's name when addressing one.

He seems just like Moon Tae-joo, one of the characters in the record breaking 40% KBS 2TV drama "This Is Family". However, he is already famous for his seriousness. He's known to be one of the most sincere actors as he played a detective in the movies "Memories of Murder" and "Montage" and a king in the drama "The Great King Sejong".

"The Deal" is being released on the 23rd and here, you can see both the serious and fun side of Kim Sang-kyung. He plays a weird detective named Tae-soo who only relies on his 'senses' to solve cases. He impoverishes every day after losing his sister to a serial killer.

"It's true. I told Woo-bin that he would succeed. It wasn't long after he'd started acting so he was awkward in some places, but I liked his vibe".

- You promised to get Kim Hyun-joo married if "This Is Family" recorded 40%.

"I said I would look for a really good guy for her but she said she could manage it. Maybe she doesn't trust me or she doesn't like the people around me".

- "This Is Family" was broadcasted in the evening time when viewing percentage would be guaranteed. Did you foresee success?

"Honestly, I didn't think the drama would do this well. It was also pressuring because the drama was being aired at the golden time of the weekend evenings. It was hit or miss. Our previous drama "Good Day" recorded 20% and it was hard to catch up with that at first. Recording that much on regular broadcast is not an easy job but this time frame was an exception. If we stayed around 20% throughout our drama, everyone would have said we 'failed'". 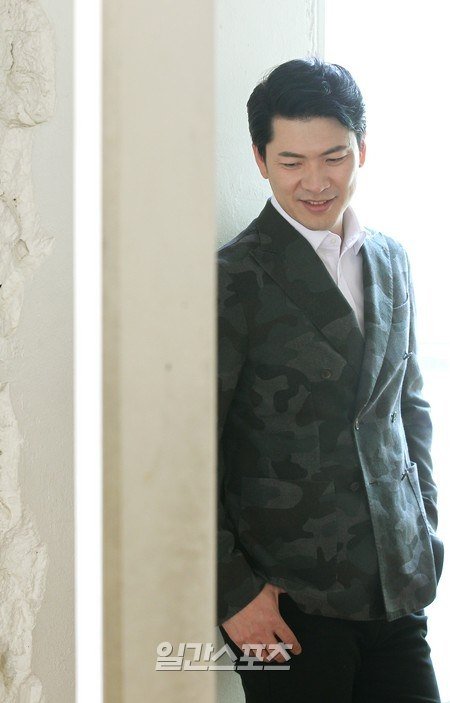 - What is the reason for success?

"We don't have 'extremity' in our drama. It's something everyone from children to grandfather can gather around to watch. There aren't many dramas like that these days. This is all thanks to Kang Eun-yeong who wrote such a beautiful story".

- They say you were exaggerative in the drama.

"I am a traditional actor who studied History of Theater. I learned that comical acting comes from over-exaggeration and overreaction. I think what doesn't seem normal brings out the laughter. I worried a lot at first but many people thought it was funny. I can't say I am right and I can make everyone like me, but I try to satisfy as many people as I can".

- You were on TV last year and showed so much love for your wife.

"I am now 8 years into my marriage and I've never fought with my wife yet. I still get tingly from looking at her. She understands me and believes in me. She's never asked me when and where I was with who when I go home drunk late at night. She's very good. She knows that if I don't get what I want I might go bananas so she lets me do anything".

- What kind of a father are you?

"I wrestle with my son. He's 8 and he's strong. He knee-kicks me too. I bully my son a lot. I want this to continue even when he grows up and I want to be the kind of father who prepares ridiculous events at his graduations and celebrations. I thought of showing up at his wedding and yelling 'I object!' and walking out with my son hand in hand".

"[Interview] Kim Sang-kyung, "I knew Kim Woo-bin would succeed""
by HanCinema is licensed under a Creative Commons Attribution-Share Alike 3.0 Unported License.
Based on a work from this source