[Interview] Kim So-hyun, "Acting for 10 years? It feels like I'm at the beginning at the age of twenty" 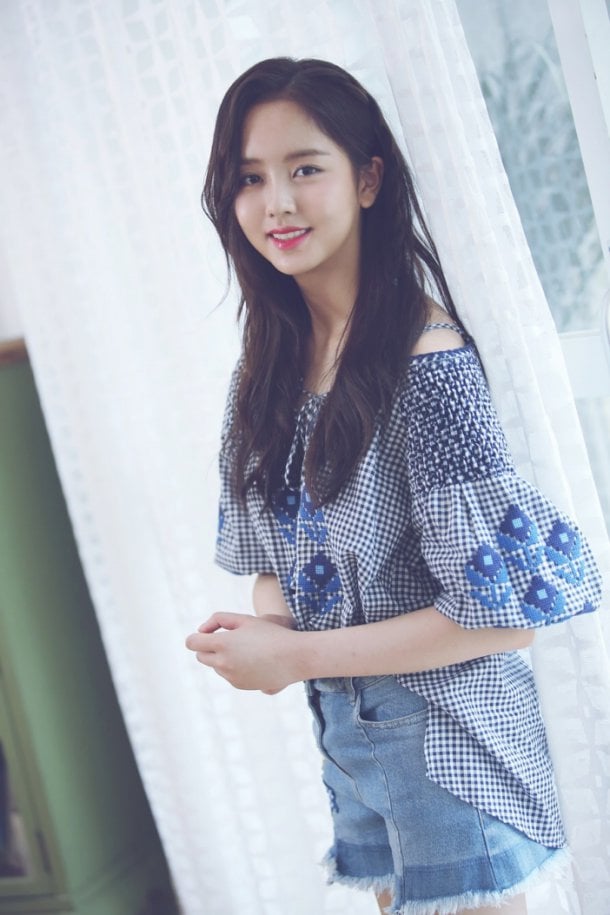 Kim So-hyun has been at it without a break. She debuted in 2007 with the drama "Happy Woman" and has constantly been active. She is being called 'the troika Kim's' along with Kim Yoo-jung and Kim Sae-ron and she is one of the most looked forward to actresses. She starred in dramas "The Sun and the Moon", "Missing You", "IRIS 2" and the movie "The Last Princess" and also played the main role of the dramas "Who Are You - School 2015" and "Drama Special - Page Turner".

In the last teen years, Kim So-hyun was interviewed by Sports Hanguk. She recently starred in the MBC drama "Ruler: Master of the Mask" and she was Han Ga-eun in the flesh the way she boldly answered our questions. She did think on her answers a little at some point but her answers were clear and confident.

"I feel like I've been dreaming. "Ruler: Master of the Mask" was the first twenty-episode drama I've ever done and my first leading medieval drama. I feel bleary and I don't even rememeber what I did. Usually I'm the young actress in a drama so it was never enough for me to take lead of the drama but this time, I got to share a lot of my ideas. I talked to Seung-ho and Myeong-soo about my ideas while we looked at the scripts and we worked well together. I wasn't expecting much, but I'm glad the results are good".

"Ruler: Master of the Mask" continued to stay in first place until the end. The drama is based in the Joseon times about the Pyeonsoo which possessed all of the country's water. Prince Yi Seon (Yoo Seung-ho) loses his parents thanks to Dae Mok (Heo Joon-ho) and is abandoned outside the palace. Kim So-hyun plays Han Ga-eun who is full of hatred for Lee Son for killing her father but realizes the truth and becomes the queen.

"Ga-eun's first impression was a bold girl. The seventeen year old Ga-eun is a leader and intelligent. I've played such roles before but I added more leadership to this one. There was a lot of ideas about Ga-eun wanting to take revenge but the writers of the drama said if a girl shows too much vengeance, it might be too strong for the public. In the end, it was hard for me to smile".

Viewers tagged Han Ga-eun as 'a pain in the neck'. She did whatever she could to reinstate her father's status and didn't even look at Yi Seon who had a crush on her. She even held hands with his enemies. The anger aroused in the viewers was thanks to Kim So-hyun's outstanding performance but it was tough to do for a nineteen year old girl.

"It's not like I didn't expect it. I wasn't sure about myself when I made the drama so I worried that I might not relate to the viewers. That thought became bigger and it got tough for me in the end. My character cried a lot and was shut away in the dark most of the times so I started losing my energy towards the end. It got to the point where I was afraid to act at all and I hated myself for being that way. I felt suffocated. I guess I'm still young if you look at it that way". 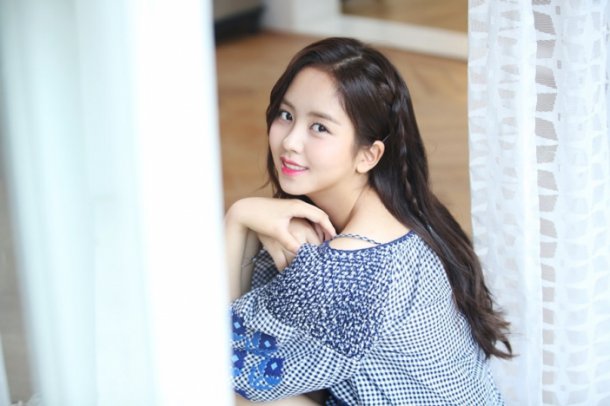 She had a lot on her mind but her senior actors were with her. She took advice from Yoo Seung-ho and Park Hyun-sook and feels grateful for them now. She said, "Yoo Seung-ho was shy at first but we had a lot in common as he started off as a kid actor too".

"I really took into the advice I got. They would tell me it was normal to worry at this age and what my merits are. They told me not to be hasty. I learned a lot. Park Hyun-sook started acting when she was young and although she's older than me, she became my friend who I relied on. I wouldn't have made it if there weren't people like her who gave me comfort".

Kim So-hyun is 10 years into her career now. She looks young but not for long. Still, she didn't pretend to be grown-up. She's not a girl but not yet a woman either. It required a lot to act out a character who was not a child but not fully grown-up either but Kim So-hyun is already a proved actress. She said, "I can't say I enjoy this yet, but I do feel more comfortable".

"I starred in dramas since before 2007 until I got a big role in "Happy Woman". I didn't think I'd be acting until now but there was a trend of going to acting schools back then. I wasn't old enough to think about being an actress so I just went to acting school for the fun of it. Then I found myself enjoying acting. My mother accepted my opinions and supported me".

After she started acting officially, she used all her time in being 'actress Kim So-hyun'. She graduated junior high in 2015 and chose to work on site rather than go to high school. For the past 2 years, she's starred in two movies and seven dramas. She doesn't regret not going to high school.

"I would make the same choice if I could now. I don't think I would have attended school that much anyways. I know studying is important but I wanted to act and I thought I was doing a good job. Other people might regret not going to school but I think I made the right choice. I'm preparing for equivalency exams and I will go to college where I'll take up major on acting".

The interview was sincere. The last time we met her was when she was in the KBS 2TV drama "Who Are You - School 2015" with Nam Joo-hyuk, Yook Sung-jae, Kim Hee-jung-I, Lee Cho-hee and Jo Soo-hyang. She was quiet and timid then but she'd changed a lot now. She smiled and agreed she changed a lot in a short time.

"I am not so careful as I used to be. I was always anxious and timid and I didn't express much. That's because there were so many people around me. I was uncomfortable and tired. So I didn't sleep much but that's in the past. I think my personality now is quite like Ga-eun's".

Kim So-hyun has been busy since last year. We asked her if she plans on staying busy and she said, "There wasn't time for me to do anything while filming "Ruler: Master of the Mask" so I will take time to do the things I've wanted to do". We hope to meet her again in 2018 when she's of age.

"When I am twenty I want to do more things I can do at that exact age. I don't have plans for another drama but I wish to come back quickly with something else. I would like to do a movie too since I haven't done much of that. I guess I'll be grown up soon and I'll be able to act according to my thoughts".

"[Interview] Kim So-hyun, "Acting for 10 years? It feels like I'm at the beginning at the age of twenty""
by HanCinema is licensed under a Creative Commons Attribution-Share Alike 3.0 Unported License.
Based on a work from this source