[Interview] Kim Tae-hee, "I can't possibly be prettier than this" - Part 2 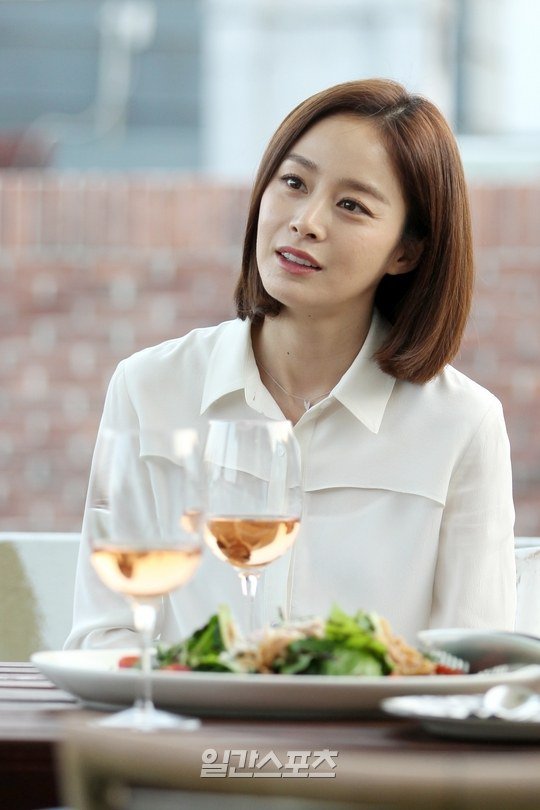 The drama gained popularity in the beginning with a viewing percentage of more than 20%, but towards the end, the story became confusing with Han Yeo-jin (Kim Tae-hee) getting liver cancer and such. She laid down for at least 6 episodes before she had her whole face bandaged, then she was back in the patients' uniform because of liver cancer. She played the role of a very stranger character and the actress herself knows this. The ending became unknown but she doesn't resent anyone or anything. "I knew that I would be laying down when I chose the drama. I am not upset. Oh, and it's not easy to be laying down. It was hot when we shot those scenes and I almost got bedsores".

There was a lot of issue about the drama but Seoul National University student Kim Tae-hee matured into a real actress through this drama. She didn't appear as much but her act was assuring and her attitude towards acting appealed with the viewers. When it comes to popularity she's broad minded because issues about her talent had been going on and off since her debut. She's been seeing Rain (Jeong Ji-hoon) for 3 years now. Their regular dates are always going around as speculations and she might feel the pressure, but she was quite calm about it. "We have to live with that attention. This job is about living off the love and support of the public so we must deal with the unwanted attention as well. However, I do wish they don't make stories out of it. I wonder about the Jeju Island open tickets too. I can't even go, but I am jealous about the rumors". 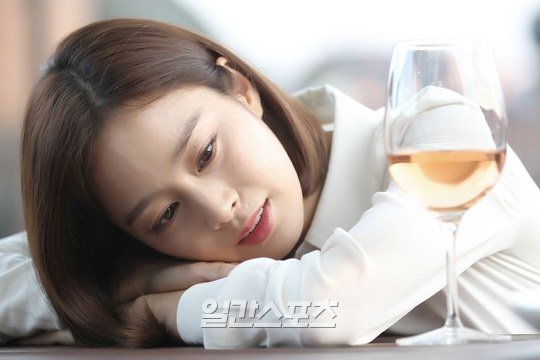 - You and Chae Jung-an wore the same thing at the premiere.

"We didn't know that. If we had known that ahead of time it wouldn't have happened. Actually, I was going to wear something else, but I had left the other outfit at the salon so I wore red. I felt bad for her and she asked me why I was sorry".

- You cut your hair.

"You could say it was a major transformation although I was going to cut off the ends anyway. Last time I cut my hair short the reaction wasn't that great but this time many people like it".

- You were slapped, full swing.

- Didn't you feel uncomfortable with the bandages around you?

"It was so uncomfortable. I had to act with my face with the bandages on and I worried if that would show properly. It was hard. Initially I was to wear a mask like Iron Man but it seemed weird".

The producer said the grotesqueness of it looked good with Han Yeo-jin. I was surprised myself when I saw that I could see myself blink".

- We wondered if it was a stand-in.

"Everyone says it's me. My lips are visible and those are my lips".

- Did you put on make-up before the bandages?

"No, just my mouth. That part about it was convenient. However, I am very sensitive to air my skin reacts at the slightest change of air, so when I took out the bandages, my skin got irritated".

- Were you pressured by the viewing percentage?

"It would be a lie if I said no. But after seeing the percentage we suspected ourselves and asked if someone had manipulated the numbers. At first, I enjoyed watching the drama because there wasn't a lot of me in it. The scenes were great and even the smallest scenes turned out better than we thought.

"I am human so I was curious about the percentage when I got out of bed. I usually slept at 5 or 6 in the morning after work so I would check the numbers before going to bed".

- You looked good and fair-skinned in "Yong Pal"

"My mom looked back and forth me in front of her and me on TV and said, "Why do you look so pretty in the screen when you're not as pretty in real life?"

- Was it because of the reflectors?

"No, the place I was laying in was the spot. Everyone admits the spot was a great one. Jeong-ahn also said she wanted to lay down there. Not much light was used on the bed spot. I just laid in white sheets wearing white clothes". 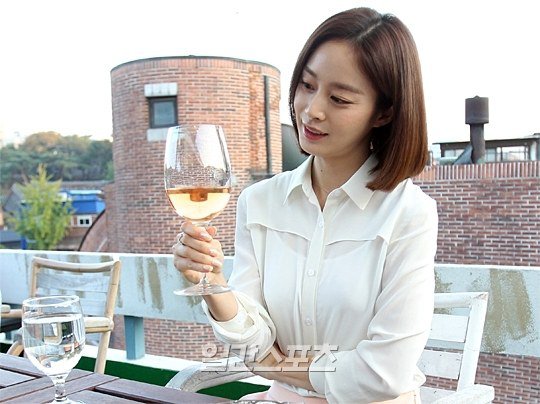 - Do you think you looked pretty there?

"I felt it when I was monitoring and I said, "I couldn't possibly be prettier than this"".

- Is there anything you lost through "Yong Pal"?

"Nothing really. I usually look more on the bright side than the dark so even though something wasn't good I still look at the good sides of it. Everyone worked so hard to achieve this so I'm just happy".

- If you were Han Yeo-jin in real life, would you take revenge on your step-brother?

"It would depend n the situation but revenge would be the answer, not just for me but the others as well. To live as a chaebol, you have to be cold. I don't think revenge could be stopped just because your loved one asks you to after all the things that have happened to you".

- Do you think the revenge was weak?

"No, that was enough. The people around me worried a lot because Yeo-jin killed a lot of people and she seemed bad. I worried she might be like Han Do-joon by taking revenge. But only the writer knows what she's thinking".

- The viewers said she needs to be stronger.

"I was surprised to see that the viewers wanted more satisfaction out of it".

"The scene where I am yelling at Jung Woong-in to get out but then beg him to save me. I really felt Yeo-jin's heart there".

- The character suppressed her emotions.

"Right. Yeo-jin isn't the yelling type. The Han Yeo-jin in the recollections is me, Kim Tae-hee".

"[Interview] Kim Tae-hee, "I can't possibly be prettier than this" - Part 2"
by HanCinema is licensed under a Creative Commons Attribution-Share Alike 3.0 Unported License.
Based on a work from this source