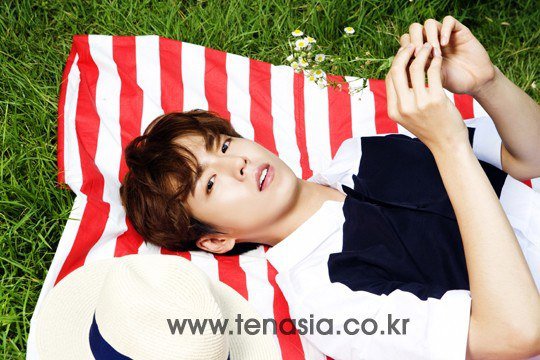 It's been 10 years since Lee Hyun-woo started acting. He's 23. He wants to be better and also enjoy life. He mentioned that "Northern Limit Line" was what he got at the end of endless effort. However, he knows well of the precious time he's spending. He thinks hard about his life as an actor and he knows he has to be faithful for a better future. Knowing what he's thinking and what he's into, helped in getting to know him.

Lee Hyun-woo: No, it's just the hair.

Q: Are you going anywhere for the summer?

It's not that I'm not going anywhere because I'm busy but I just don't have plans yet. The company is going on a trip soon. That's my plan.

Q: How do you recharge?

I meet my friends. There's three of us in this friendship circle and we've known each other from high school. One of them started acting recently and we starred in "Northern Limit Line" together. We feel proud of what we have done. Another one of my friends was in the fashion department and recently became a stylist. We are all busy but we try to meet up at the end of the day for some drinks. Our jobs relate to each other so we get along well. We live close by too but it feels good to see them on the set.

I am so grateful. Many people tell me it's going to become 4 million and then 5 million. (According to the Korean Films Commission, the accumulated number is more than 6 million). Rather than wishing people would watch the movie because of me, I wish they would watch it and feel grateful for the service of the victims.

Q: Do you look up reviews of the movie?

Of course. There are those who say good things and those who look at it differently. Still, they watched it so I don't mind because it means they felt something through the movie.

Q: How do you deal with bitter comments?

I just take it into consideration. There are people who make ridiculous remarks but I just ignore them. I type my name into the search engine and go into people's blogs. I try to only see the 'good things'. 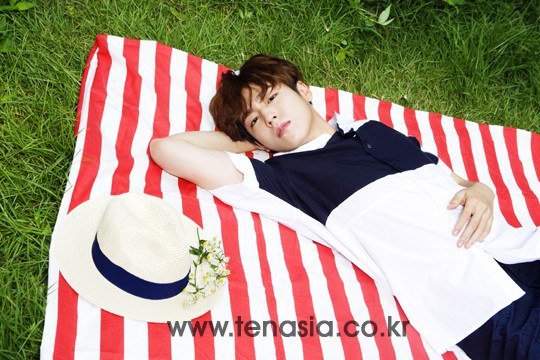 Q: When we interviewed before, we asked you about the "Northern Limit Line" but we want to know how Lee Hyun-woo is spending his 2015. We asked how you want your 2015 to be in February and you said you wanted to be a step forward.

It's always the same. That's the basic thought I always have in mind. I was curious where I would end up this year and how the movie "Northern Limit Line" will turn out. Thankfully, the movie is doing well so I guess I just have to wait for another good offer.

Q: Do you have new resolutions every year or just have a big picture.

I don't set resolutions. I thought of having another fan meeting this year and (looking at his manager) we did right? We went to Japan this year? (Manager says yes) It happened. I didn't plan on traveling anywhere and I just stayed home too.

Q: You have been busy throughout the year. You appeared in "Scholar Who Walks the Night" too.

Q: You looked good in drapes.

It's been a while since I appeared in a historical. I only appeared in one episode and there wasn't much to do so I wasn't pressured. The people around me say I changed so I felt good. They say my face and the air I give off is much different from before.

Q: It must be very comparable since you starred in historical dramas since you were young. We still think of you from "The Legend". Do you remember acting back then?

It was a long time ago. I do remember if I try. From traveling with my mother, the sets, the co-stars and their mothers too.

Q: How do you differentiate the tone and intonation of historical dramas from regular ones in dramas and movies?

The tone in historical dramas is different for sure but I'm not sure how to put it. I just figured Prince Jeong-hyeon would speak like this in "Scholar Who Walks the Night".

Q: Your tone changes according to the character you act, sing and rap, too.

It's a concern I have. It's great having various tones but I wonder what my own tone is. I have a different tone when I talk, when I have interviews, when I act and when I sing. The voice is very important for a man and an actor. 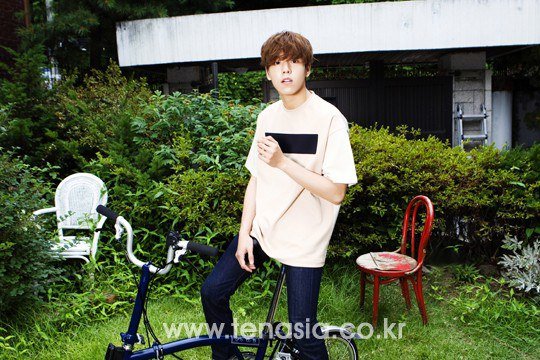 I feel it more these days. I had a light and high-toned voice before so my family and those I worked with said I needed to work on that. I know what they mean but I don't get it.

Q: What about if you talk in your regular tone?

It's hard to say. It's not clear and stable for sure.

Yes, I do. A voice for work. When I watch my interviews with my friends, they say I am speaking in the interview tone. I tried to bring out that voice while talking to my friends but it doesn't work that way. When I talk to someone work related then I have that voice again. It's like I'm a chameleon. Haha.

Q: You have a lot of concerns about your voice.

I feel shy and awkward after interviews like this. My friends might make fun of me. It's one of my biggest concerns. Talking to other actors or actresses I find out they changed their voices intentionally. What voice can I have?

Q: In the end, we have been talking about acting. Is there anything you have been thinking about related to that? Is there something you want of yourself?

I think about this; grown-ups didn't say the experience you get from life is important' for nothing. The experience builds up inside me and makes me stronger like they said. When I am hanging out with friends or just gazing into empty space, I think to myself, 'is this how I need to act when the situation requires it?' Do I have to force it out of me or just be the way it is? This happens out of the blue.

Q: We heard the same thing from another actor. He said he remembered the way he cried because he was really sad and used it to act next time. Then he wondered if he had to treat his feelings like that.

It's a work-phobia if you might call it that but I have the same thoughts too. I know what he's talking about.

Q: Do you practice acting at home?

I start practicing when I know I'm going to star in something and mostly I just focus on living my life.

Yes, I meet friends and get lessons.

Q: What is twenty three to you?

The age where I'll be heading towards my mid 20s next year. My friends and I talked about this just recently. We talked about the old times that night.

Q: Don't you want to be in your mid twenties?

No, not like that. I want to age faster. I wish times goes by faster but I might change my mind later.

I am. I have my mood swings and I am carefree. I don't do things I shouldn't be doing but I just like to be that way. 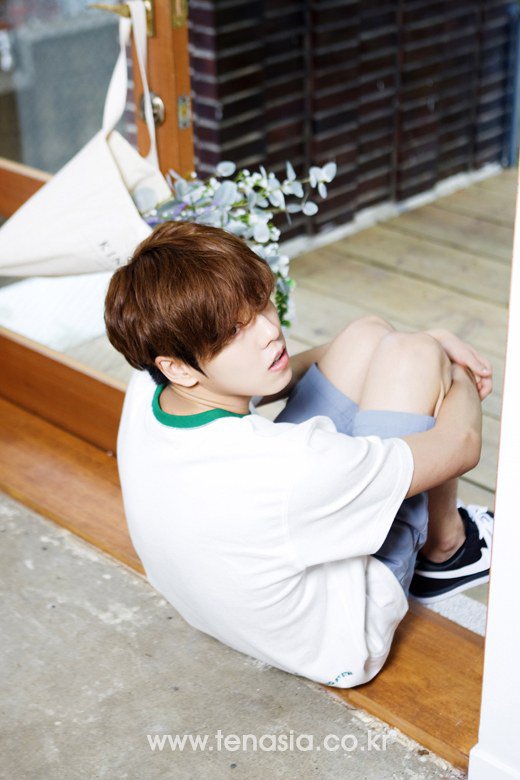 Q: We heard the songs you listen to and thought you have a wide spectrum for music.

Hahaha. I listen to a lot of music. I am emotional so I like listening to calm rap or melodies until I came across Kiss Ape. My music preference changed. Their crowd is divided into those who really like it and those who complain it's too loud but I like it so that's why I listen to it.

I like Kiss Ape and Be Free. I always listen to Big Bang and I've been taking rap lessons lately. My teacher and I always look up foreign videos. I have to start writing my rap lyrics too.

Q: We might see you in "Show Me The Money" soon. Who do you think will win this season?

I haven't watched the first season but I watched everything else. There's a friend who I met through rap lessons that's on that show. I wish he wins. He's Basic. He's good and he's got the guts.

Q: You interviewed for "Video Travel" and you said it was your tenth year into the biz.

I forget my debut year. I did come out in 2006 but there were other smalls ones I did before that.

Q: How do you think acting as a child has influenced your life as human Lee Hyun-woo?

I have been acting half my life. I never thought about it. It has affected my family thought. My mother followed me around when I was a child and managed me. I learned a lot from her. I did things because of her sometimes, too. 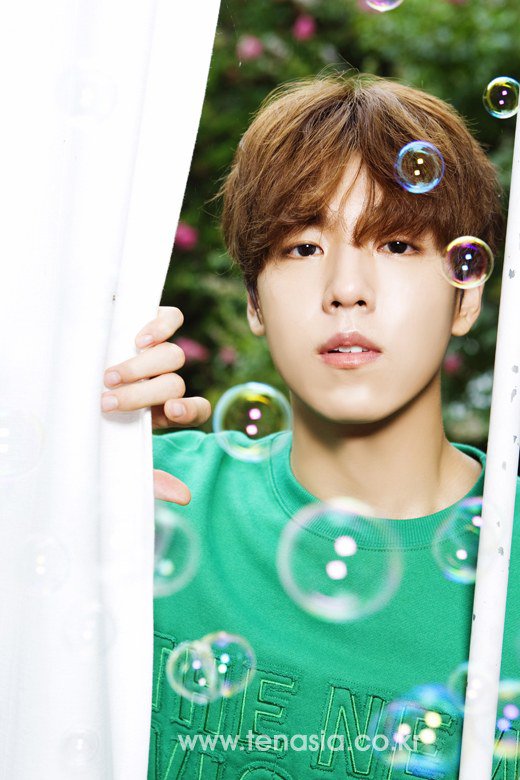 Q: As someone who's been through that time, is there anything you would like to say to those who have been acting since a young age?

This day has come at last! What's there for me to say. (Playfully) I am busy with my own life. Haha. Just, don't lose your character. I wish everyone was kind.

Q: Are you living up to your words?

I try. I'm sure I'm evil somewhere but I only bring it out when I want to.

Q: Knowing that makes you 'kind'.

Q: Half the year's gone. How will you conclude your last day of the year?

Always the same. I wish I take step by step into the future. I want to look back and see that I've made that progress.

Q: People change after time. What do you want to keep from changing?

My personality, my mind and the brightness of myself. It's important. That's enough for me to live a good life wherever I go.

"[Interview] Lee Hyun-woo, life right now"
by HanCinema is licensed under a Creative Commons Attribution-Share Alike 3.0 Unported License.
Based on a work from this source