[Interview] Lee Jong-suk, "I was fearful when I first encountered "Pinocchio"" 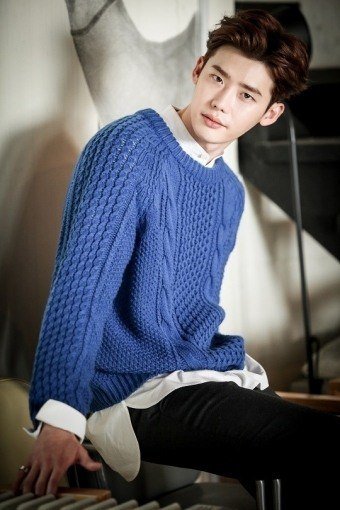 Lee Jong-suk claims he was afraid after "Doctor Stranger". He could've had a break in his career but writer Park Hye-ryeon and doctor Jo Soo-won called him and he overcame the slump he was in. Their reunion was an issue from the beginning and "Pinocchio" successfully closed curtains in first place.

Lee Jong-suk took on the role of Choi Dal-po, a former taxi driver turned social reporter. He lost his family to media's witch hunt and becomes a reporter under the name of Ki Ha-myeong.

Lee Jong-suk starred in two miniseries in 2014 alone. He said he would take a break after "Doctor Stranger" but he soon came back with "Pinocchio". Why?

"I was in a slump after "Doctor Stranger". My seniors told me that it would come around my time. I was scared to act, but I'm glad I met Jo Soo-won and Park Hye-ryeon. They helped me recover. 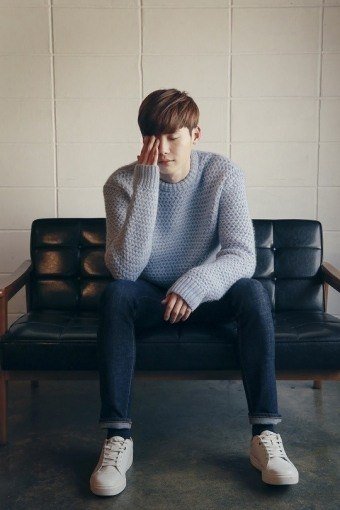 "Doctor Stranger" starred Lee Jong-suk, Jin Se-yeon, Park Hae-jin, and Kang So-ra. It rated high but was reviewed for lack of probability. Lee Jong-suk claims he was under pressure of having to lead the drama by himself.

"It was hard doing it alone. I kept losing concentration the more I went. So I missed a lot of things. I focused only on myself but it turns out the leading role has to bring everyone together. I lacked that. The whole thing started falling apart when I lost concentration".

Lee Jong-suk's romance with Park Shin-hye was one of a kind. Their chemistry rounded the support of the public viewers.

"We didn't need to 'get close' as we were already friends. We would meet at award shows and talk about working together in the future. Then we met. Yoo-bi and Yeong-kwang are also our age and we fooled around so much that we made too many NG's. We had fun working together".

Lee Jong-suk changed in the first part of the drama. His hair was messy and tried to look as ugly as possible. He even said it himself at an official event, "I'm beyond ugly". He then realized something after being ugly; he'd never grow his hair out.

"There was a choice between messy hair and a bowl-cut but the latter made me look like a girl. It was too pretty so I chose messy hair. But it made me look so ugly. I review myself a lot and it was tough watching myself".

"None of the characters I've played so far had both parents. Woo-sang from "NO-BREATH" and Joong-gil from "Hot Young Bloods" looked alright on the outside but they were also lonely. I want to play a lovable character one day".

"I like watching drama and movies and sometimes I try to become the character of play. I cried a lot in "Pinocchio". There are many scenes in which I cried for real. I cried from beginning to end in the eleventh and twelfth episodes".

Lee Jong-suk and Park Shin-hye have had many intimate scenes where they kissed a lot but he claims he was shy. 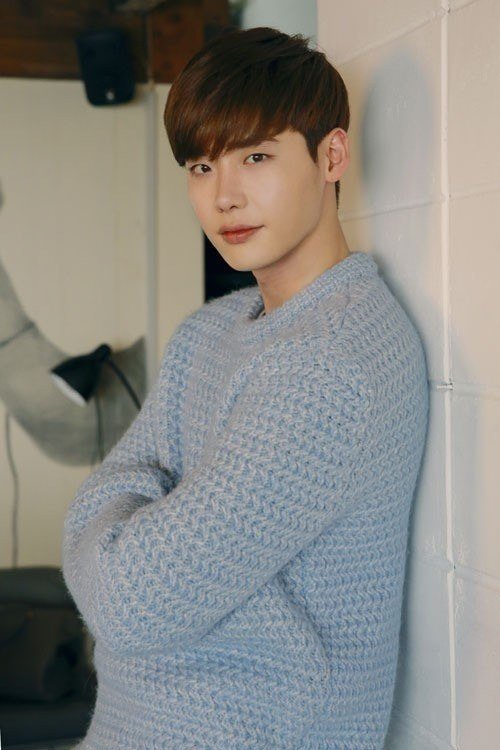 "Director Jo Soo-won likes mellow. He wants them to look detailed. I was shy to even put my hand on her shoulder. I think the first kissing scene mattered most. The later kiss scenes didn't matter much because it was so cold I didn't have any thoughts. I just wondered how it would look nice in picture".

Lee Jong-suk talked a lot about director Jo Soo-won. He even said he wanted the director to be his father. That was the result of deep trust.

"I am fine with him calling me again. I am his fan. I wish he was my father. He's got leadership and when he's working, he's got everything planned out in his head although every director has his own style. I admire that and he's humanely great, too".

"Pinocchio" was losing to "Mister Baek" in the beginning but later managed to turn things around. Then "Pinocchio" was always in the lead. How much does Lee Jong-suk care about competing?

"I don't really [care] but because I trusted Jo Soo-won and Park Hye-ryeon so much, I knew we were going to win. Jo Soo-won pretends not to care but I hear he checks the ratings all the time".

Lee Jong-suk got along well with Byun Hee-bong, Jin Kyung, Shin Jung-geun, Lee Pil-mo, Min Sung-wook and others as well. He's known as the 'chemistry angel'.

"I found it more fun to work with the seniors than actresses. I cried in one of the scenes with them from the beginning so hard that the director worried about me".

Lee Jong-suk is thirsty for more acting since his debut in 2010 with "Prosecutor Princess". He's not satisfied enough and it's harder to find an answer but he can't stop. This is his energy resource from which he grows upon.

"I looked at the person itself when watching someone's work but now I think, "He's the same age as me but he's doing something I can't". I think that's because I've become greedy about acting. I received an honorable mention at the SBS Drama Award but I don't know what it's about. I was nominated for The Best Actor and I was expecting to win. But I saw Sung Dong-il getting it and I thought it was better I didn't take it home. It would have been embarrassing to take home such a grand prize".

Lee didn't see much profit in the movie "Hot Young Bloods". It passed breaking point but not more than that. Lee Jong-suk wants to think about the commercial possibilities of dramas and build his filmography by doing whatever character he wants to in movies.

"I think I've done alright until now. I am doing more drama although I want to balance it out. If I hadn't done "Pinocchio" I would've worked on a movie, but I'm happy about my choice".

"I don't think about 'how'. I just act. It would be nice to do work that's always a great hit but that wouldn't help me at all".

There was word about the four heroes and heroines of "Pinocchio" appearing in "Healing Camp". However, Lee Jong-suk bailed and he won't be appearing on it for a while".

""Healing Camp" is a show where you talk about the life you've lived so far. But will viewers relate to a young actor like me who doesn't have much to say?"

Lee Jong-suk still looks like a boy but many actors in their 20s desire for a more manly role as they get older. We hope to see Lee Jong-suk in something more macho in the future.

"I want to do something more manly, too but I don't quite fit the requirement. A man's wrinkling face is awesome and they become more handsome with age. I want to be like that but my natural image doesn't quite fit". 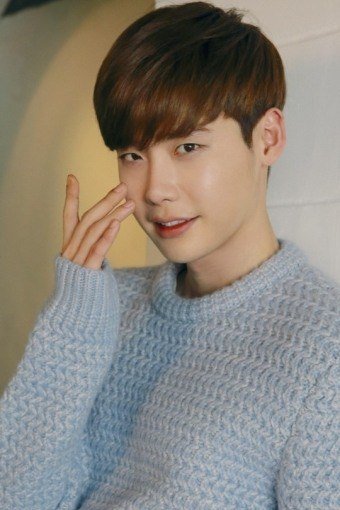 "[Interview] Lee Jong-suk, "I was fearful when I first encountered "Pinocchio"""
by HanCinema is licensed under a Creative Commons Attribution-Share Alike 3.0 Unported License.
Based on a work from this source