[Interview] Lee Kyoung-mi: I have always been drawn to the ironies and irrationalities of society - New York Asian Film Festival 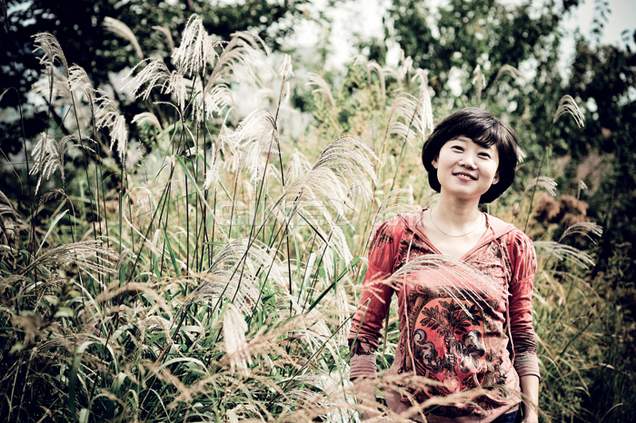 Lee Kyoung-mi was born in Seoul, and graduated with a Russian degree from Hankuk University of Foreign Studies. After working at a company for three years, she entered the School of Film, TV & Multimedia of the Korea National University of Arts, graduating with a major in Filmmaking in 2004. Her short film "Feel Good Story", about an employee given the task of figuring out how her company can evade paying taxes, garnered several awards in the film festival circuit in 2004.

Lee made her feature directorial debut with "Crush and Blush" , a black comedy about an obsessive teacher and an outcast student who bond over their shared misanthropy; a critic called it "one of those rare films from an up-and-coming auteur that shows both guts and playfulness". It was the first film to be produced by Park Chan-wook; Lee had previously worked as a scripter/assistant director on Park's 2005 film "Sympathy for Lady Vengeance"

On the occasion of  :The Truth Beneath" screening at New York Asian Film Festival (Festival entry), we speak with her about her career, the film, Son Ye-jin, and other topics

Why did you decide to become a filmmaker?

It happened by accident. When I worked at a company, my friend submitted an application for a film school. I followed her out of curiosity and managed to pass the entrance examination.

You have cooperated with Park Chan-wook and Ryoo Seung-wan. Can you tell us a bit about these collaborations?

Park Chan-wook produced my debut film "Crush and Blush". We met during the Mise-en-scene Short Film Festival, an event which is put on by Korean directors, in 2004. He was on the jury and my short film won the main prize. After that, he suggested that I make a feature in his company.

I never intended to act, but with things happened that way with Ryoo Seung-wan.

In your career, you have directed, acted, wrote scripts and even dealt with cinematography. What is your favorite capacity? Do you feel that a filmmaker has to know of as many aspects of cinema in order to shoot a film?

I am director and writer but not an actress. Many directors write their own scripts in Korea. The most important thing for a director is to have a 'discerning eye' to select talented staff.

Crime thrillers are being released in abundance from Korea, but your film manages to stand out, particularly regarding the narrative and the editing part. Can you tell us a bit about the process that led you this style?

I wanted the mood of "The Truth Beneath" to reflect Yeon-hong's mental state so that the audience could experience her state of mind. Sound and editing were crucial for this. 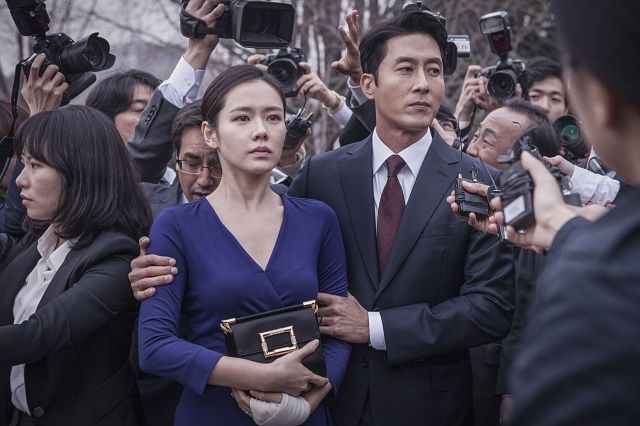 The film deals with politics and their impact on people, the relationship of parents and children and the cruelty of the school environment? Why did you choose these issues, and what is your opinion about them in the modern Korean society?

Yes, these are the issues that matter to me most in modern Korean society. I have always been drawn to the ironies and irrationalities of society.

Son Ye-jin is magnificent in the protagonist role. Can you tell us a bit about the way you guided her through the movie? Do the different clothes she wears signify something about her psychological status?

Yes, I wanted to show her psychological state through her clothes and hair. As for Yeon-hong, I tried to turn her into a character that interests me. 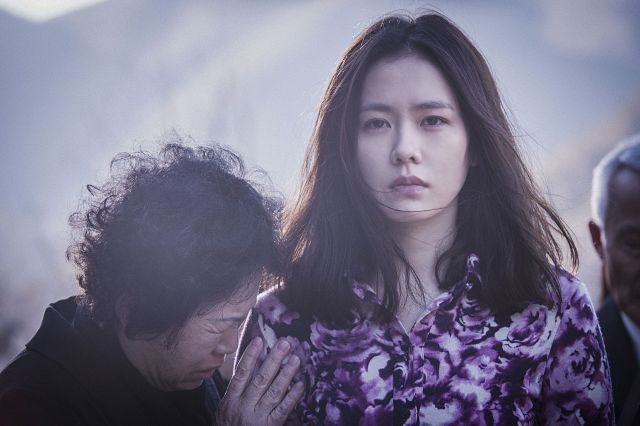 Can you tell us a bit about the casting process of the film?

Son Ye-jin has a great track record at the box office but making a commercial film with a woman in the lead in Korea is always risky. Also, Son's image prior to the film was very pure and innocent. I wanted to break that image and shock the audience.

Which are your favorite filmmakers?

I'm currently trying to make my next feature.