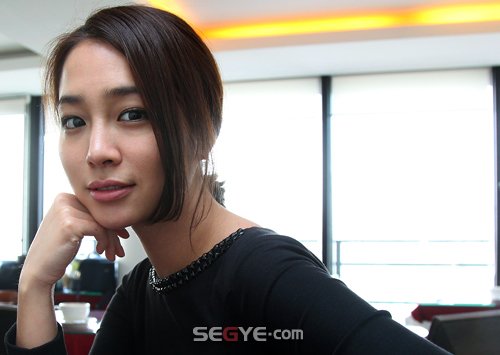 'Goddess' Lee Min-jung (29) has come back to screens a year after "Cyrano Angency".

She has returned as Sin Jin-ah, a former singer and current DJ in the movie "Wonderful Radio".

In a café in Seoul on December 29th, Lee Min-jung was full of expectations and worries regarding the movie. She asked the reporter, "How was the movie" as soon as they met and that left a good impression.

"She wasn't feminine just because she has made lots of feminine movies. She looks manly and has a son in university. However, she is very considerate, letting the actresses play out their roles naturally". 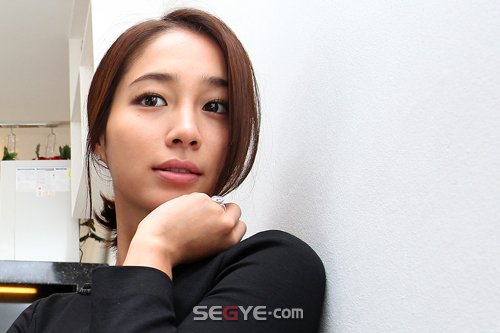 "Singles" is becoming a catalyst that has stimulated her emotions. Having chosen this movie because of the director, she said, "It's been hard sometimes during the shoot because she doesn't like standardized scripts but because of that we have new and fun ad-libs".

She spoke frankly about the parts she felt disappointed in. 30-40 minutes of the film had to be edited because the extended running time was causing the drama to weaken.

"Lee Jung-jin and I were actually supposed to be drunk and sleeping on a bed in a truck, and then we wake up by the ocean the next day. It was fun and I was looking forward to it but it was cut out. Many people said the melodrama kept being cut off, but I guess we couldn't do anything about it. I am quite disappointed. Maybe she could add in some 'behind-the-scenes'".

Maybe because she became a star at a later age, Lee Min-jung has depth of thought regarding living life as a celebrity and understanding her work. 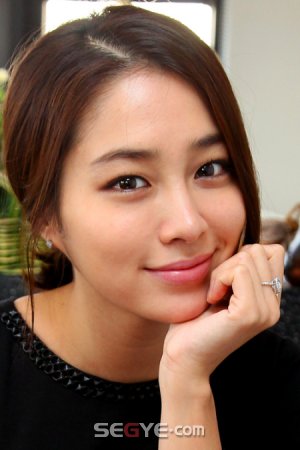 "I think I have the ability to look at things objectively, maybe because I debuted late. Like Sin Jin-ah, I'm sure the time will come when I will become less and less popular and not be able to do all the roles I want. I think it's every actress and actors' hope to be able to hold onto good times longer. However, I don't feel uneasy because of that. Just like Lee Mi-sook, I want to be charismatic no matter what I do. I want endurance in my roles as I get older and become wiser".

She is thankful for the drama "Boys over Flowers", which gave her a boost but also gave her the 'rich girl' and 'sophisticated city girl' look as well.

"Many people think historical dramas don't suit me, but I want to try one. Being city-like is just an image from the screen, if I were to show myself with mud on my face and wearing shabby clothes, I'm sure that'll suit me well too. I watched Jeon Do-yeon's "Happy End" and "The Harmonium in My Memory" at a similar period and the surprise and shock I had then... I thought, 'how could she suddenly become a mother after being an innocent country girl?' I want to be an actress who can spread my wings in various works".

When she was asked what she wanted to do next, she chose roles like Marion Cotillard in "La Vie En Rose" and Sandra Bullock in "Blind Side". 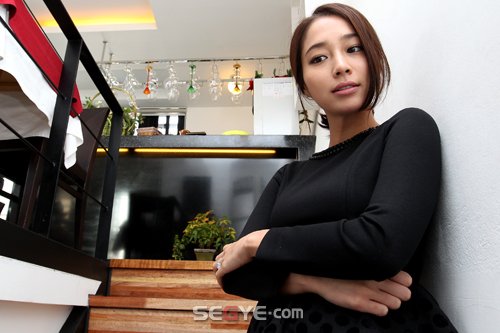 "I want to try a real character in a film biography. The late Jang Jin-yeong portrayed a real person in the movie "Blue Swallow". I thought about who I would act as in what biography, but couldn't think of any. Maybe Sim Bong-soo".

Sin Jin-ah's bright and cheerful character in the movie "Wonderful Radio" might be made for Lee Min-jung. It emphasizes her attraction so well. She is almost like Sin Jin-ah. Lee Min-jung cocks her head.

"Smiling cynically and playing around with people around is just like me. However, Sin Jin-ah hits her manager (played by Lee Gwang-soo) and gets angry very easily too. I am not so hot tempered. I worry for a year before I advise my friend about something".

"Wonderful Radio", which will be released on the 5th of January, is anticipated by many people. When Lee Min-jung was asked to say something else to the audience she said, "Rather than being anxious about the movie, I hope you can get into the analog period of the radio with all your emotions".

"[Interview] Lee Min-jung "City girl? I want to try period pieces too""
by HanCinema is licensed under a Creative Commons Attribution-Share Alike 3.0 Unported License.
Based on a work from this source