[Interview] Lee Seo-jin, "UEE's relationship? I found out through papers" 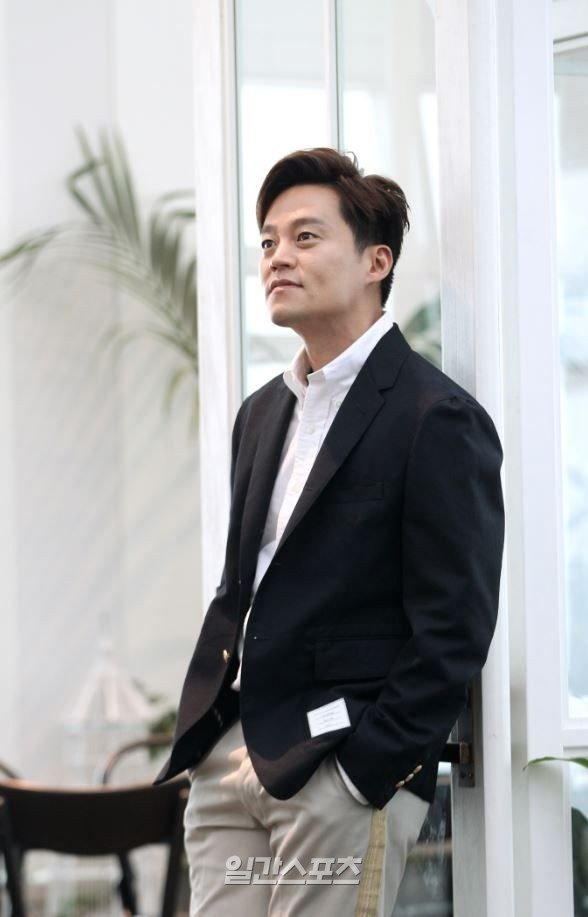 "Marriage Contract" Lee Seo-jin seemed to have found what fits him best.

He looked comfortable and easygoing. His character didn't seem forced and pretended; it's as if he just put on a face he always had. Viewers immersed into the naturally act he had and the drama ended with 22.4%.

There were questions about his 17 years of age gap with UEE and Lee Seo-jin's image in a melodrama after having appeared in entertainment TV shows. However, on the inside, they fit each other well and it was hard to imagine another ensemble.

On TV, he cooked, carried bags and made people laugh. But at the end of the day, he is actor Lee Seo-jin.

He created a wonderful love story despite suspicion. But the news of his co-star UEE's relationship must have surprised him.

Q: News of UEE's relationship was released since morning.

Lee Seo-jin: "Congratulations to her (laughs), what else is there to say?"

"I found out on the news but it's a bit awkward to send her a text congratulating her, so I just left it be".

- You came back as an actor despite the fact that you've been away as an entertainer for a while.

"I have never thought of myself as an entertainer, ever. TV shows have no scripts and they were just filming me like a documentary. I had a thirst for acting. I wanted to be in a sad melodrama".

- Do Lee Seo-jin and Han Ji-hoon have anything in common? You seemed very comfortable as him.

"Actually, I didn't think my role in "Marriage Contract" was my type and I was about to reject it. But the writer asked me to meet and talk things through. I told her that I thought Han Ji-hoon was too kind from the beginning".

"Thankfully, she edited him to be more stubborn than he initially was. So it was easy to act him out. Some remember me most from "Three Meals A Day" so I thought it'd be awkward to be too nice from the beginning". 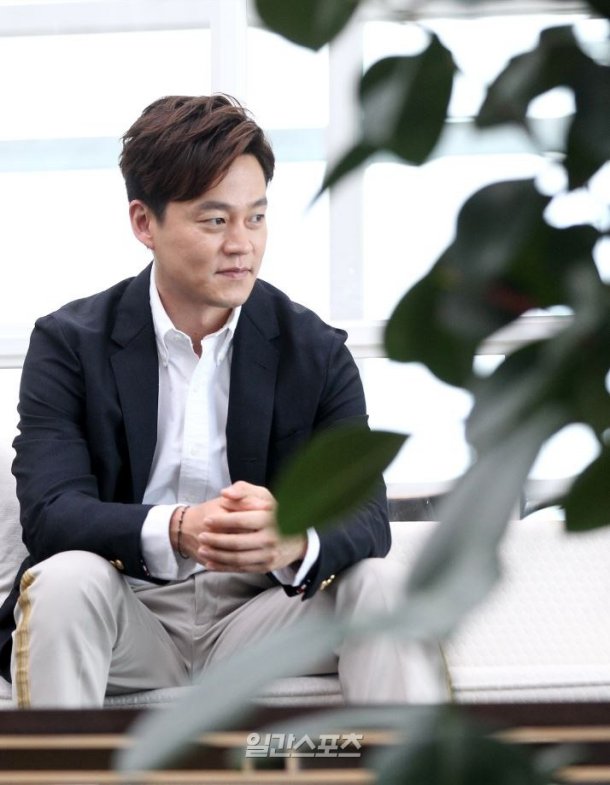 "I've always said that I don't want to force tears. Kang Hye-soo (UEE) was going to die and everyone knew it so instead of crying; I wanted the ending to be open and beautiful".

- Many were worried about you working with UEE.

"I was told many actresses rejected the role. It's a tough one. Being a mother and a terminally ill patient is tough. Personally, I thought it would be a good role for someone who is just about to get her acting on and a young one. Then the production asked me what I thought about UEE-she was energetic. Director Kim Jin-min-I is an overpowering person, so any soft-hearted person would have been intimidated by him, but UEE wasn't".

- You must be proud about the high viewing rate.

"Of course I feel good about it. We were on a roll and people liked our drama so it made me feel better".

- Kim Jin-min-I was very confident about the drama as he said there is a 0% chance of it being a bore.

"He deserves to be confident. He's a great director. "Marriage Contract" is not just about understanding the script because he always creates more than what's on paper. After the first and second episodes went out, I started getting text messages about how good the drama is. I knew it was a success". 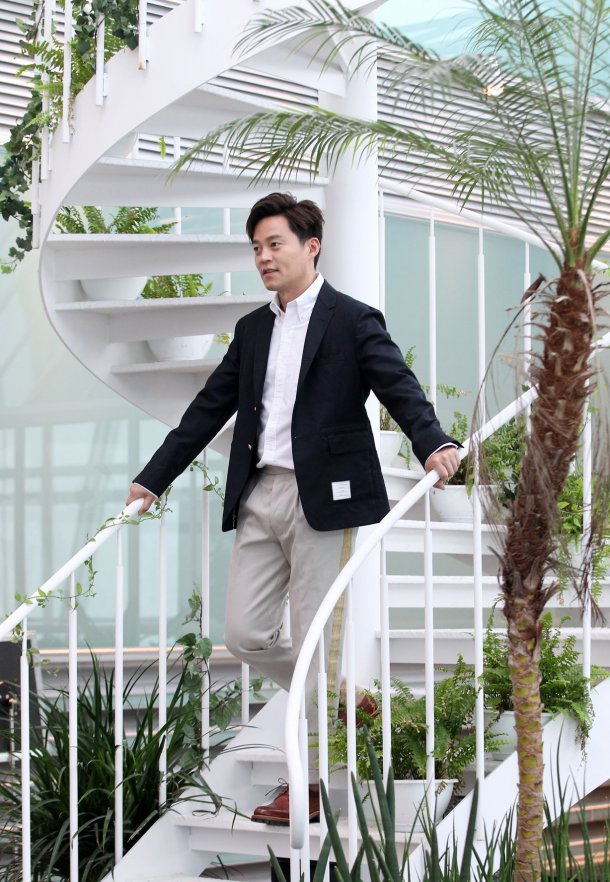 - What do you mean, 'she creates more than what's on paper'?

"For example, if the script says 'a man and a woman are talking', she turns something one dimensional to four dimensional".

"Kim Jin-min-I requested us to use the entire house to bring out the emotion. Na Young-seok didn't say anything. He just puts out the big picture and Kim Jin-min-I gives us homework".

- Who are you more comfortable with?

"Na Young-seok of course. I only have to cook (laughs).

- What are your thoughts on relationships and marriage?

"I don't even know myself. Sometimes I like being alone and sometimes I wish someone was next to me. I am afraid to be in a relationship or lazy. While filming "Marriage Contract", I realized I was like this once with these cheesy emotions. But I don't know if I can see anyone right now as I'm so busy".

"Someone bright and positive like I always said. I want someone who can be my friend". 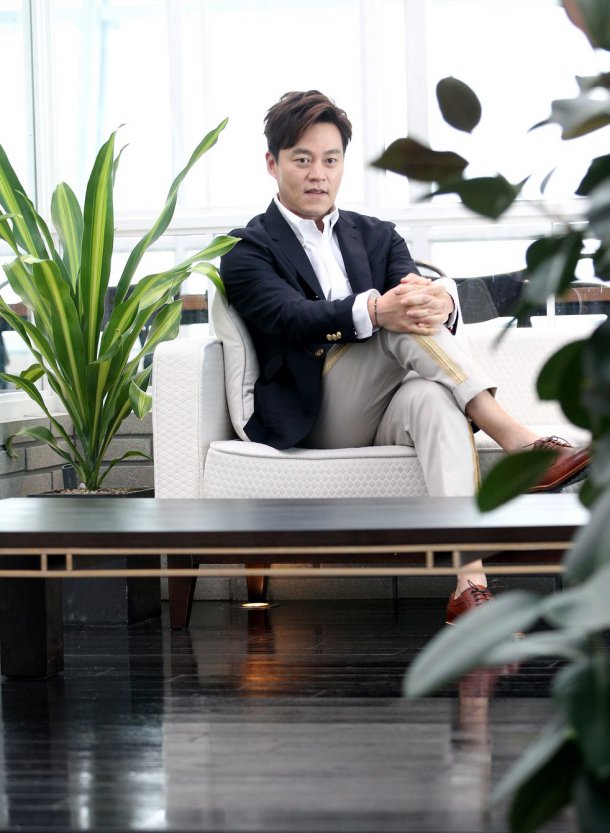 - When you say 'bright and positive', it reminds us of Noh Hong-cheol from the TV show Welcome.

"I didn't have him in mind (laughs). I don't really like his kind of character. But I think I was cast for that TV show because I am the complete opposite of Noh Hong-cheol. I didn't do much on that show and there was also Kim Jong-kook".

- Was there any difficulty in starring in Welcome right after being an actor?

"Of course I said I wouldn't do it. I told them I have never done this kind of TV show before and I wasn't sure. But they sincerely asked me to be on it so I guessed if they wanted me that bad...it turned out to be fun".

"I was worried that people might think of me as a funny person. But it's not like that. People look at me in a relaxed way. I am old and it's not like I'm going to be in entertainment forever".

"Of course. I starred in "Phoenix" next and news about me swarmed in. Then I was in China to make the drama for a few months and there was no more news so I panicked. But then I realized it was something I had to get used to".

"[Interview] Lee Seo-jin, "UEE's relationship? I found out through papers""
by HanCinema is licensed under a Creative Commons Attribution-Share Alike 3.0 Unported License.
Based on a work from this source