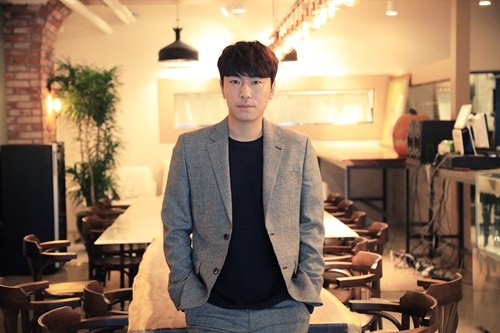 He played master hacker Im Byung-min in the recent OCN drama "The Player". It was his first time in a role like that, but his solid base in acting helped him to blend in.

He's currently a regular in the show "I Live Alone" where he is known as 'the actor' or 'the dummy'. It's been 10 years since he started acting, but he's becoming known more as an entertainer than an actor. "I want to show what I can do and I know there will be a chance one day. I was very anxious just until last year, but now I'm not so anxious anymore because I feel I've been able to show what I can do through "Live" and "The Player".

"I used to think there was a limit when I filmed "Live". It was a good opportunity and it broke down some stereotypes I had".

Most actors don't appear in TV shows to maintain their characters, but Lee Si-eon is a fixed regular on "I Live Alone" and has a steady fan base. He's appealing to the public with a friendly image, but must interfere with his acting.

"The character from "Live" was something I had never done before, so I asked Noh Hee-kyeong why she picked me and she said it just came to her while watching "I Live Alone". In that sense, "I Live Alone" has some influence on my casting in dramas. "I Live Alone" has brought me more merits than demerits. It's made me happy".

He's known more as an entertainer, but he's never really been on other TV shows other than "I Live Alone". He says he's not sure he'll do well elsewhere.

"I was in "Knowing Brothers", but I was just actor Lee Si-eon. I felt like I was hit with a hammer. It was so hard. I think the staff looked forward to seeing me, but I feel bad I didn't really do a good job. It wasn't intentionally. It was just so hard. I was having cold sweats. That's why I'm hardly on other TV shows. Even if I am, I want to be with the members of "I Live Alone"".

Throughout the whole interview, Lee Si-eon showed how fond he was about "I Live Alone". We asked what that show meant to him and he said, "I am just grateful. The members all seem like family and I'm just grateful that they let me be a part of the show". 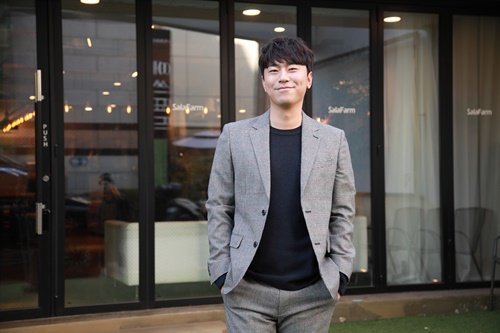 "[Interview] Lee Si-eon Shows Gratitude for "I Live Alone""
by HanCinema is licensed under a Creative Commons Attribution-Share Alike 3.0 Unported License.
Based on a work from this source