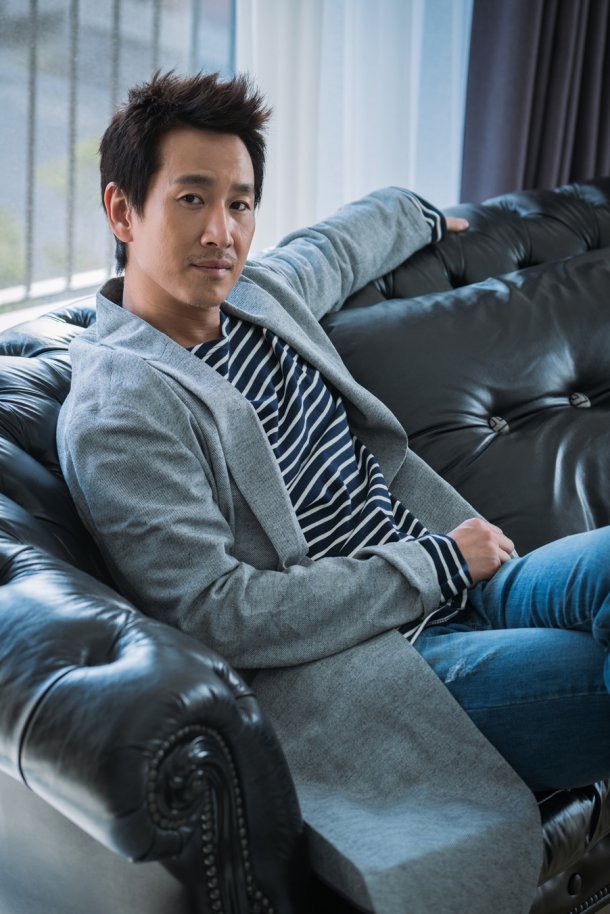 The mustache, the drapes and the king's hat looked good on him. Actor Lee Sun-kyun who has never been in a period movie before, starred in the comical fusion movie "The King's Case Note". The result is successful.

"The King's Case Note" is about a king named Ye Jong and his trusty advisor Obo who search for the truth of a mysterious rumor themselves. Lee Sun-kyun plays Ye Jong and Obo is played by Ahn Jae-hong. This movie claims 'comedy' by introducing the two actors' chemistry.

Lee Sun-kyun attempted in his first period drama. He was somewhat afraid of doing so at first and it's not like he got many offers either. The genre of a period work and the process of making it is what kept him away from it.

"period movies or dramas are long. I didn't get many offers, but I wondered how someone acted out 60 episodes of a drama. I've never done dramas more than 20 episodes long. I don't know about period movies, although I could just never bring myself to be in dramas that long. I am also more used to trendy dramas".

Still, he decided to go for "The King's Case Note" because of the character. "Ye Jong is a character who is good at everything. I wondered why I got the part".

"I really did. I wondered why I was chosen. It was such an attractive character and it was very different from all the characters I've done before. I thought younger people than me would be able to do it better. I asked the director if he would regret using me and we signed a contract".

It wasn't easy playing king for the first time. He had to think hard about every single line or gesture and it also took a long time to be made-up as the king.

"All the palace scenes were taken ahead of time. I thought hard about sitting crookedly. On the throne, there is an armrest. I talked about it with the director. I told him I'm going to sit crookedly and even scratch my head sometimes. It was itchy wearing the crown. The costume team kept telling me to wear it down to my forehead and that it looked good that way. It bothered me a lot. The clothes had to be ironed before wearing them too. Art was crucial here".

Was it the hard work that paid off? The costume team presented him with a king's drape that he wore in the movie. Ahn Jae-hong got the king's hat and he joked that it didn't even compare with what he got.

"I have a king's drape at home. Apparently it's very expensive. I heard it was about 10 million won and it's the first time a costume team has given a present like that to the actor. However, Jeon Hye-jin-II asked for it. She said it will only take up space in my house. But the present doesn't even compare to what Ahn Jae-hong got".

"[Interview] Lee Sun-kyun, "The 10 million won drapes; Jeon Hye-jin-II wants it""
by HanCinema is licensed under a Creative Commons Attribution-Share Alike 3.0 Unported License.
Based on a work from this source