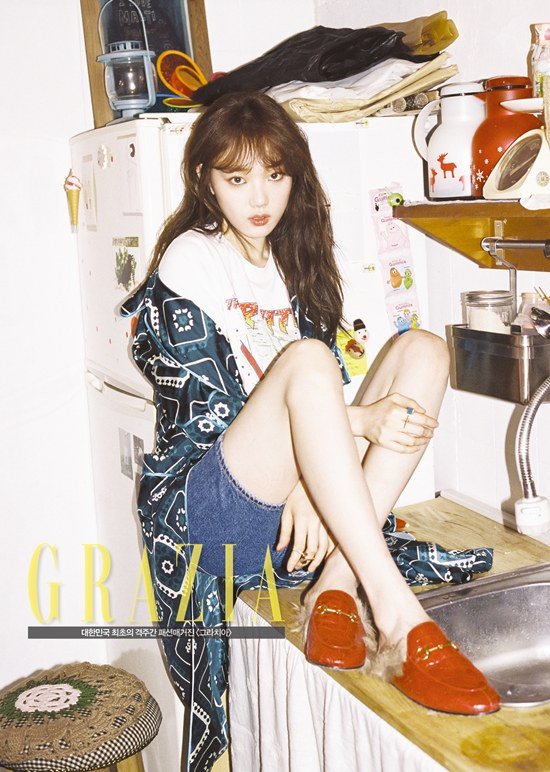 Actress Lee Sung-kyung, who is busy making the drama "Doctors", posed for pictures in the fashion magazine GRAZIA.

Pictures were taken in a small alleyway in Haebangchon, Seoul.

In the following interview, she spoke about her life as an actress.

"As a model I was tired, but I was also having fun. Now I only realize that I must have fun later. I realize now that an actress like me has a good influence on many people, I have to be grateful for that".

"It's fun to know that the characters I play are given life by me. It's amazing how so many people come together to complete a single piece and how the public watches it and enjoys what they're seeing".

She also talked about "Doctors" which is coming up this June. The role of Jin Seo-woo is a doctor from an affluent family. I wonder what people would think about the character, but I am working with great people so it's worth looking forward to".

Lee Sung-kyung's pictures can be seen in the May issue of GRAZIA. 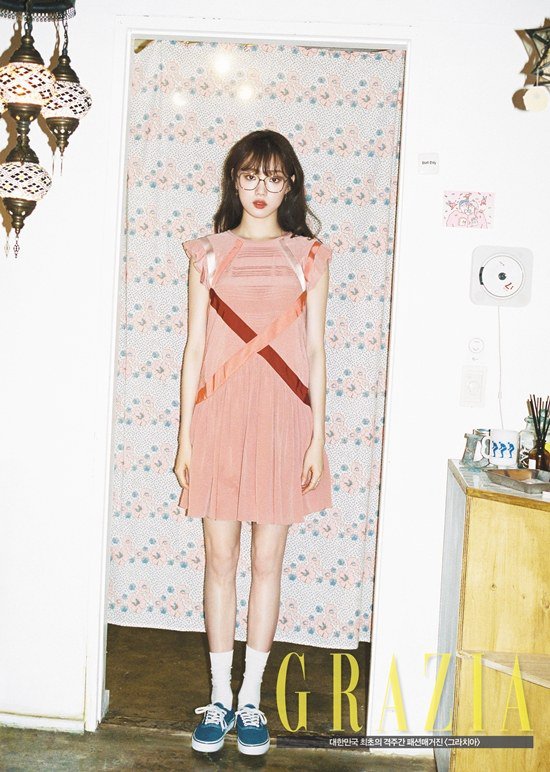 "[Interview] Lee Sung-kyung, "Actress Lee Sung-kyung isn't awkward anymore""
by HanCinema is licensed under a Creative Commons Attribution-Share Alike 3.0 Unported License.
Based on a work from this source