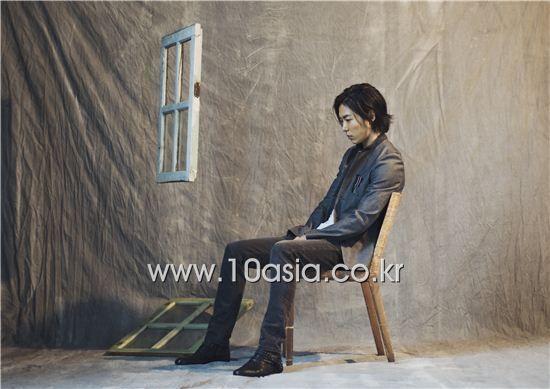 "I don't know where he went. Whether he went to the countryside by himself, whether he went to meet his mother, or he might've been on his way to commit suicide". This was Kim Jae-wook's explanation of his character Hong Jae-wook from SBS TV series "Bad Man" who left alone, leaving everything behind. This man who had always been the first to take on the most 'hot' and trendy roles as proven in MBC drama "Coffee Prince" and film "Antique", always turned his back on the spotlight headed towards him. And he then showed a new side to him through "Bad Man" by playing an heir of a conglomerate who is temperamental and acts the way he pleases, yet on the inside is actually craving for affection. But despite his jobs as being a model, actor and musician, the most attractive aspect to Kim is Kim Jae-wook himself. 10Asia took a peak into the interesting world that this 27-year-old man lives in.

10: It's been about two weeks since shooting for "Bad Man" has ended. How have you been since then?
Kim Jae-wook: It feels like it's been more than a month. I did nothing but sleep. I'm tired no matter how much I sleep and the fatigue won't go away. When I'm working on a drama or movie, the thought that I'll get to meet so and so and do this and that when I'm done, is in a way sort of the hope and drive that keeps you going but now that I'm actually done, my body can't keep up. I feel lethargic about everything right now.

10: Does it have anything to do with the style of the drama or the role you played?
Kim Jae-wook: The thing is, it's hard to make a judgement on that. When I was done filming "Antique", there was definitely a process and time it took to shed off my character but I just wasn't quite aware of it when I was actually in that situation. You realize it once you let go of the character completely. Right now, I'm not sure. And put aside what others think, I myself sometimes wonder to myself whether I've already caught the actor disease when I'm not even anybody yet. Also, from a realistic standpoint, things didn't end the way I planned them to so that's also why it feels like I haven't come to a complete stop. 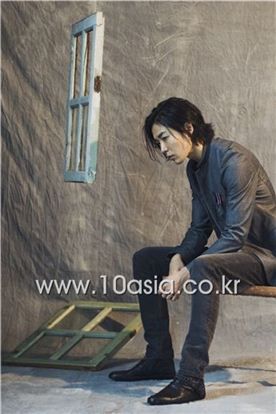 10: But of all the different work that you've done so far including modeling, music and even movies, dramas are the most popular genre. What was the response from people around you?
Kim Jae-wook: The funny thing is, I had monitored the show with Kim Nam-gil and Han Ga-in, and after the show goes on air, they'd receive piles of text messages from the chief of their agencies, friends, mothers... And they would say what was good and what was bad but never once did I get such messages. I guess I haven't lived my life properly. (laugh) When I talk to people around me for something else, they'd just say, "I saw you on the show briefly. You were pretty good". Even my own parents sent a text message once, after the first show, saying they saw me and when I asked later on why they wouldn't call me after the shows air, she said, "Why, do I have to? I saw you, I did. I just expected you to be busy". (laugh)

10: How was it working on Korea-Japan co-production "The Love of Pygmalion" with director Kim Yoon-cheol? He's probably the person that thought the hardest about how to utilize an actor who isn't used to the TV camera.
Kim Jae-wook: I'm actually quite... the type that bothers the director a lot on set. It was like that with director Min Gyoo-dong for "Antique" and with director Lee Hyeong-min too. Other people might think we're fighting (laugh) but I'm always asking "Why?" But I never had to do that for "The Love of Pygmalion". I was cast for the movie in mid-December and we talked about every single scene so much, for almost a month and a half until we went into shoot, that my script was almost in shreds. Because we had talked about everything, I had a firm trust in him when I went onto the set so when the director says something, I'd say okay right away. I wanted to die because we shot under an extremely tight schedule but I think I felt very comfortable on set.

10: "Bad Man" is almost the first time a role you've played has been involved in romance properly.
Kim Jae-wook: That's right. It was fun. I feel this everytime I take on a role but I'm very lucky when it comes to people so all of the actors were such great people that we came to be close enough not to misunderstood each other no matter what was said. It was very comfortable acting with them. And I actually become so close with Han that she said she actually felt uncomfortable shooting our kissing scene. (laugh) 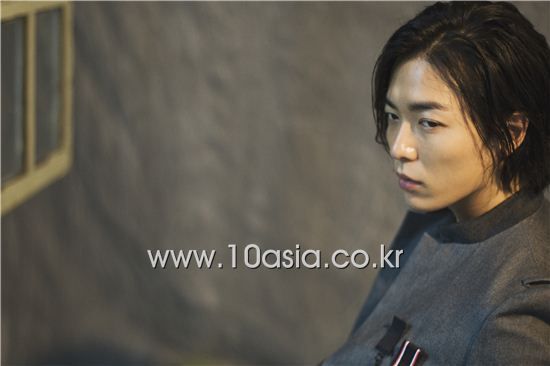 10: In that sense, your relationship seemed like that of brother and sister rather than a man and woman.
Kim Jae-wook: I think it rubbed off from how I usually treat her. For example, if we were given detailed directions, we'd do what we've been told to. But in a situation where we have more freedom, it's up to the actors to show the changes in expression or create the atmosphere. If there's a kissing scene, there's a subtle change in the atmosphere before and after it, but it's no use calculating what you should do after that because what comes after that depends on how that kissing scene is shot. You could treat the other person more gently or become like a child. That's why we just concentrated on each other for each scene based on the most basic frame. We'd do ad-libs to the point that it wouldn't be problematic, that would change how the other person responds and then you start forming things that Only You two know. We had fun doing the acting but I don't know what viewers might have thought of it. (laugh)

10: Have you been given a more diverse range of scenarios or projects since "Bad Man"?
Kim Jae-wook: I was given a lot of roles along the lines of the pretty boy from "Coffee Prince" when that ended and then similar roles to the gay patisserie I am in "Antique" after that was shown. The funny things is, I was wondering whether things would change a bit after "Bad Man" but I think I haven't been given very different roles yet. And I actually haven't been able to look closely into the scenarios. I think I'd have a hard time feeling, "Oh! I like this!" in my current state... It would probably be closer to "Ha... I guess I should do this one..". I think I won't have an easy time making new choices for the time being.

10: You lived in Japan when you were young so you pulled off your lines in Japanese very easily in "Bad Man". Being able to speak a foreign language also means you're open to more opportunities. Are you interested in any other languages regardless of how practical it is?
Kim Jae-wook: I do think I'm much more interested than other people. And I really want to speak English and Spanish well but the problem is that the desire is stronger than the effort I put in. (laugh) I don't have to sound like a native, I just wish I could deliver my opinion, but I don't study it separately because I'm lazy. And I relieve my stress of having to study by watching "Friends". I turn it on, thinking I'll start by working on my listening skills, and end up just listening the whole time while moving around the house.

"[INTERVIEW] Model and actor Kim Jae-wook - Part 1"
by HanCinema is licensed under a Creative Commons Attribution-Share Alike 3.0 Unported License.
Based on a work from this source