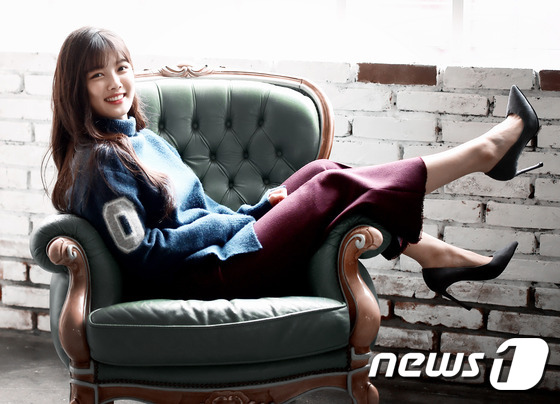 She grew up well. The recent Kim Yoo-jung we met was mature and grown up. It's not just her looks that have grown up, but also the way she talks and the way she thinks about acting. She's not a child anymore. She's actress Kim Yoo-jung; cheerful and honest.

"Usually when a drama is over, I feel relieved but this time I'm disappointed. I made a lot of good memories this time".

Kim Yoo-jung played an eunuch in the recent KBS 2TV drama "Moonlight Drawn by Clouds". She disguised herself as a man and lived in the palace as Hong Sam-nom but she was Hong Ra-on on the inside.

"Sam-nom was in Ra-on and I had to bring her out. There is a scene where Sam-nom gets slapped by the princess (Han Soo-yeon) but I didn't feel physical pain. I felt pain on the inside. That's when I felt the emergence of Ra-on". 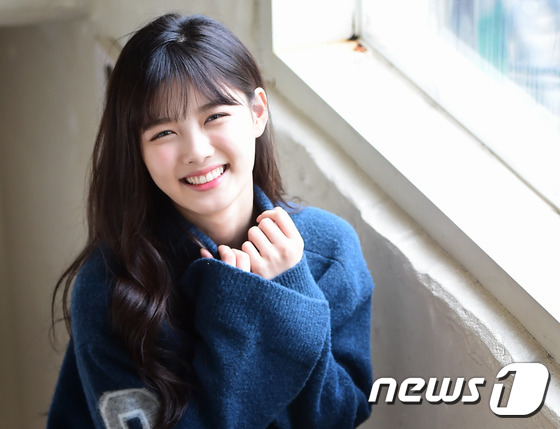 She's lost a lot of weight while she filmed "Moonlight Drawn by Clouds". Ra-on wasn't really in the situation to eat by the end of the drama while she went around with her father Hong Kyeong-rae (Jung Hae-kyun). What are the similarities of Hong Ra-on and Kim Yoo-jung?

"I'm sometimes off the wall. I didn't know I was funny before but people start laughing at the smallest things I say. One of my dreams is becoming someone who makes people laugh. Ra-on helped me change. On the last day of the shoot, my father texted me I did a good job and that I might have a hard time letting Ra-on go. I replied that I didn't want to let her go. I love her so much. She's someone I can laugh and cry with. When she cried, I felt hurt and Sam-nom helped me to become more cheerful".

"Moonlight Drawn by Clouds" ended with 23.3% according to Nielsen Korea. Kim Yoo-jung could feel just how popular the drama was because of the people around her.

My friends texted me all the time and they would mimic the lines from the drama. They were the only connection I had during the making of the drama, my only feedback. 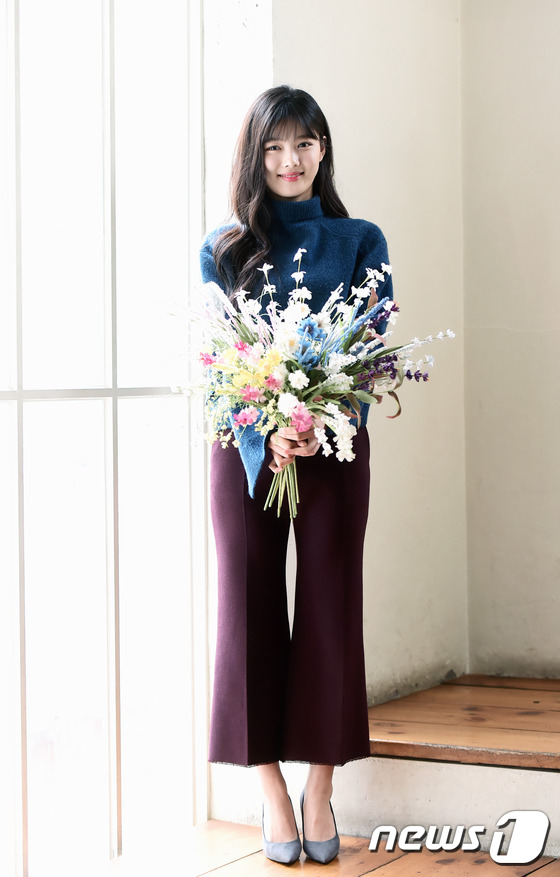 "I always answer Lee Yeong. That's because Ra-on had such deep feelings for Lee Yeong. If she did something that didn't help the prince at all, I would talk to her on the inside, "Why did you do that?" (laughs). I was really sad when Yoon-seong died though. I thought he was really awesome when he died too. In the end when he said, "I always missed you. I am happy to have been happy with you. I want you to be happy" and I really loved it. I didn't want to let him go when I heard that. But if I really had to choose, it'll still be Lee Yeong because of the time I spent with him".

Kim Yoo-jung joked that she would like to be the prince one day. She's had a lot of historical drama experience but she's never been on the throne. She confessed she took a picture in Park Bo-gum's costume before. She also said she was most happy when she was playing a role fit for her age like Ra-on. She says being an eunuch was really fun.

"I don't want to forget about "Moonlight Drawn by Clouds". Even the dust that lays on the memories in the future will seem lovely".

Kim Yoo-jung is going back to studying and she's going to promote her next movie, "Because I Love You".

"Sometimes I wish people won't forget "Moonlight Drawn by Clouds" and continue talking about it".

"[Interview] "Moonlight Drawn by Clouds" Kim Yoo-jung, "I love Ra-on""
by HanCinema is licensed under a Creative Commons Attribution-Share Alike 3.0 Unported License.
Based on a work from this source