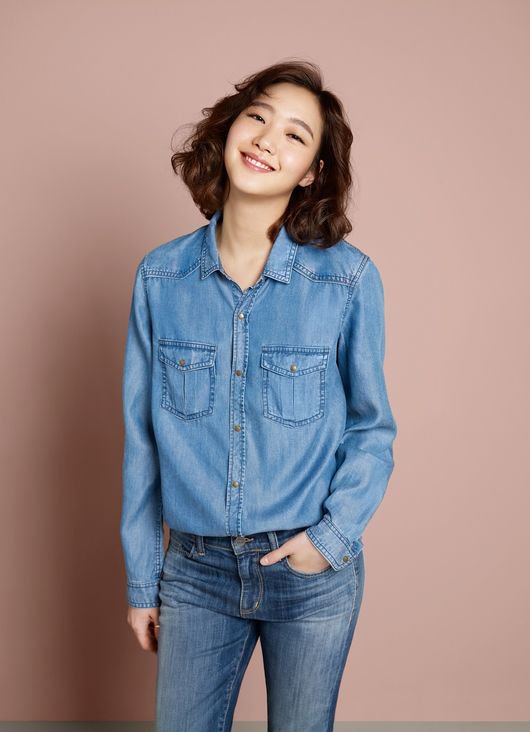 Actress Kim Go-eun is a key character in the tvN drama "Cheese in the Trap". When a drama has a popular original, there is a certain verification process one has to go through with the fans of the original. There were words of expectations and worry from fans at the news of Kim Go-eun having been cast for the role of Hong Seol.

"Cheese in the Trap" is now halfway there and the result so far is outstanding. It is the first tvN drama to have gone over 7% and it is saying something as it competes with other ground-wave dramas on Mondays and Tuesdays. Kim Go-eun was all smiles about the success of her first drama ever.

There is 'purity' in Hong Seol who stole the hearts of Yoo Jeong (Park Hae-jin) and Baek In-ho (Seo Kang-joon). Kim Go-eun synchronizes with Hong Seol and even looks like her. 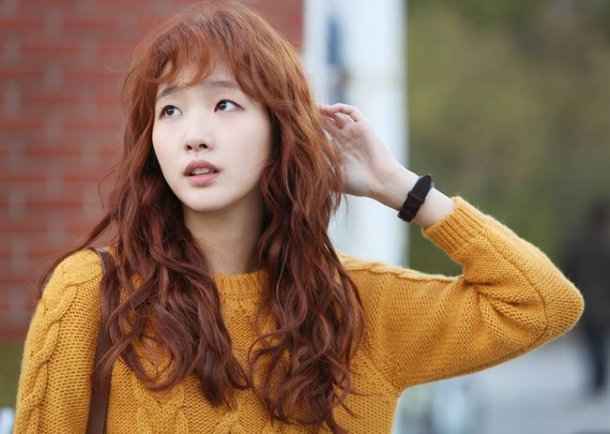 "I think we are alike in terms of being 'lovely'. Just kidding. Actually, I think we are both stupid and clumsy. We are also honest when it comes to work or love. Why hold it in when you're angry? Hong Seol takes her time to think about things and I don't think that's good for a healthy mind. I usually just tell people what's on my mind".

She picked out which characters she hates the most because they are just annoying. They weren't Sang-cheol (Moon Ji-yoon) nor Yeong-gon (Ji Yoon-ho) nor Son Min-soo (Yoon Ji-won). It was Da-yeong (Kim Hye-ji) who causes anger with various reactions. 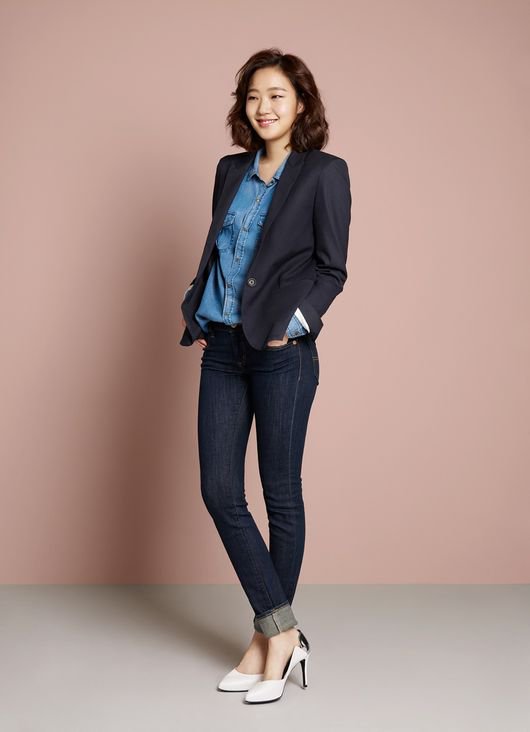 Kim Go-eun is currently the envy of everyone as she is in the most popular drama there is today and has the attention of Park Hae-jin and Seo Kang-joon, the hottest actors there are today. However, Kim Go-eun's ideal type isn't Yoo Jeong or Baek In-ho.

"Eun-taek (Nam Joo-hyuk) is my style! I would fall for him. He's honest with his feelings and I hate those who try to size up. If I were with Yoo Jeong then I wouldn't be too happy. With In-ho, we would fight a lot. Eun-taek is younger, but I don't like men younger than me because I am still young".

She is honest about the popularity she's getting with "Cheese in the Trap". She says all it took was 'connection'.

"The reason the drama is so popular is because of the connection it has with the public. All the characters in the drama are the kind of people that everyone might have in their real life".

"[Interview #1] "Cheese In The Trap" Kim Go-eun, "Hong Seol and I are alike""
by HanCinema is licensed under a Creative Commons Attribution-Share Alike 3.0 Unported License.
Based on a work from this source