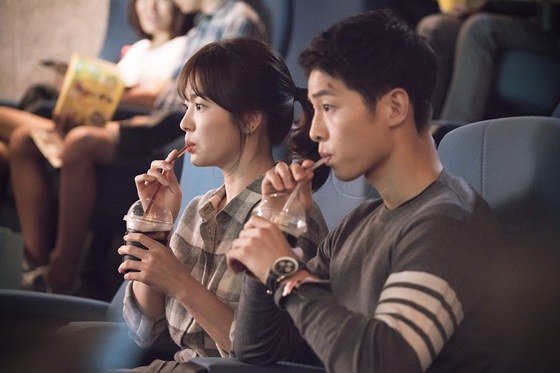 There might be those who've never watched it before but those who have watched it can't stop. The outstanding performance of the cast and the mesmerizing storyline has taken over the drama scene. The 'soldier talk' used in the drama for more reality and the Song-Song Couple's chemistry is bringing about a syndrome.

A press conference was held on the 16th with Song Joong-ki, Song Hye-kyo, Jin Goo and Kim Ji-won.

The drama has become greatly popular in China and Korea at the same time but the actors in the drama don't seem to realize it. Song Hye-kyo in the part of Kang Mo-yeon said, "I am always at home after the drama so I don't know how much of a big deal it is".

Song Joong-ki in the role of Yoo Si-jin said, "I don't get the reality of it yet. It's great that the drama is popular but that doesn't change anything about me. I am only concerned about the drama and my next work". 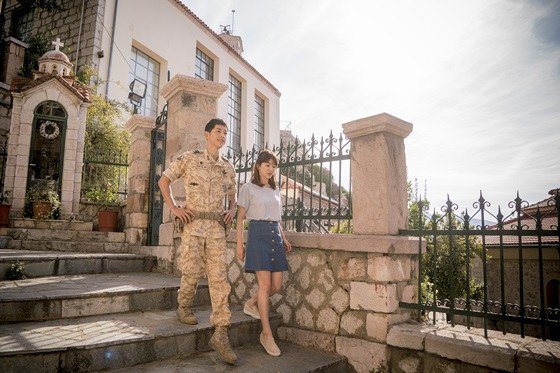 Song Joong-ki said, "I worked harder because it was a pre-produced drama. But now that I see it, I think I could've done better". Song Hye-kyo said, "I don't remember much about the drama because it was completed such a long time ago. I also enjoy watching the Goo-Won couple (Jin Goo and Kim Ji-won)".

Song Hye-kyo is 3 years older than Song Joong-ki. She hasn't been in a drama with a younger man before so questions were directed that way. About working with Song Joong-ki, Song Hye-kyo said, "I am grateful. I am happy to have worked with such an awesome actor".

"Other actresses my age have worked with actors 5 years or younger than that so compared to that I am nothing. Song Joong-ki did treat me like an old woman though".

"[Interview #1] "Descendants of the Sun" Song Hye-kyo and Song Joong-ki's chemistry "
by HanCinema is licensed under a Creative Commons Attribution-Share Alike 3.0 Unported License.
Based on a work from this source