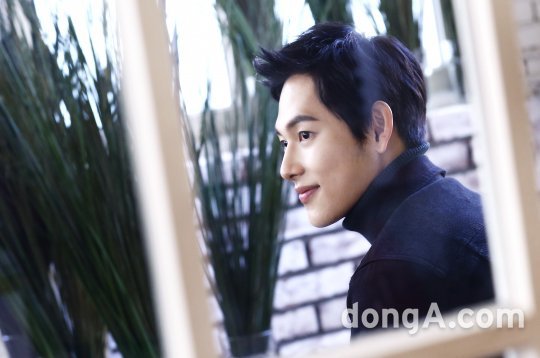 An interview was conducted with Im Si-wan on the 11th and he said, "It was physically difficult for me in the action scene with Lee Hee-joon and it was hard not being able to drink while I was working".

He took on the role of lieutenant Han Sang-ryeol in the movie "A Melody to Remember". He said, "I don't have a lot of muscle in my body and I had drank a lot after "Incomplete Life" so I had a belly. The belly wasn't right for my soldier character so I had to cut back on drinking. I couldn'tt quit drinking altogether so I tried to cut back down".

He doesn't drink until he passes out. He drinks often in small amounts. "I don't drink a lot, but I can drink a bottle of Soju. I like day drinking".

His love for drinking showed in "A Melody to Remember". The scene where they drink beer was made up on the spot by him and the other cast.

"The scene was initially where I splash some beer on myself while opening a can and Go Ah-sung was supposed to wipe it off for me. But it seemed awkward so we put our heads together to make it seem more natural. Then we thought of an idea and the director liked it".

"[Interview #1] Why Im Si-wan cut back in drinking in the day"
by HanCinema is licensed under a Creative Commons Attribution-Share Alike 3.0 Unported License.
Based on a work from this source