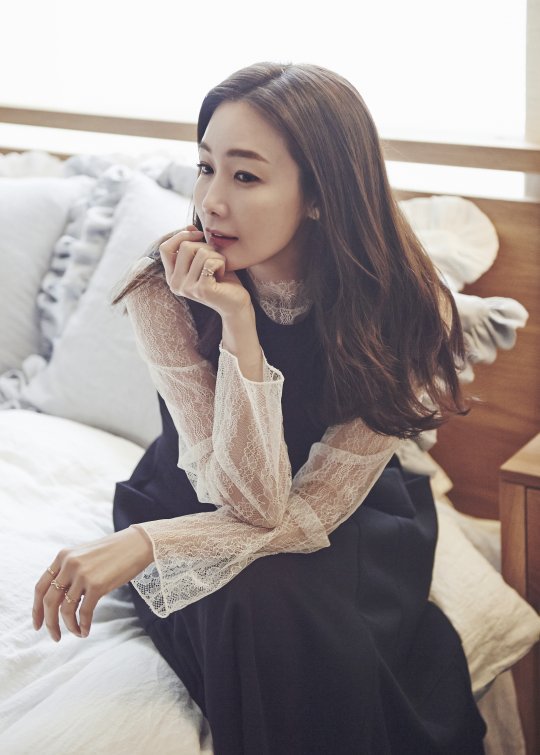 She was recently interviewed and she said she doesn't have SNS.

"I look at other people's SNS so I know what they are".

"The SNS allows someone to see another person's whereabouts, interests and hobbies. I also see posts that are set-up. Everyone wants to show their good sides and not bad sides. "Like for Likes" portrays something like that and it's fun".

However, she is careful about posting anything on SNS.

Choi Ji-woo said, "I leave comments on my fan homepage sometimes. They might want to communicate with me more through SNS and I wondered if I should get one. I don't mind my fans following me but I don't want others to publicize my personal space".

"Like for Likes" is a movie about men and women who really fall for each other after 'liking' everything on each others' SNS. The three couples are Lee Mi-yeon, Yoo Ah-in, Kang Ha-neul, Choi Ji-woo and Kim Joo-hyuk.

Choi Ji-woo plays the role of a stewardess named Ham Joo-ran who is paired with a chef named Jeong Seong-chan who lost his fiancée. Lee Mi-yeon plays Jo Kyeong-ah, a star writer who is notorious and Yoo Ah-in is a Hallyu star named No Jin-woo.

Kang Ha-neul and Esom are the best examples of a beginning romance. They take on the roles of genius composer Lee Soo-jo and director Jang Na-yeon. The movie will be released on the 17th.

"[Interview #3] "Like For Likes" Choi Ji-woo, "I am careful of SNS""
by HanCinema is licensed under a Creative Commons Attribution-Share Alike 3.0 Unported License.
Based on a work from this source