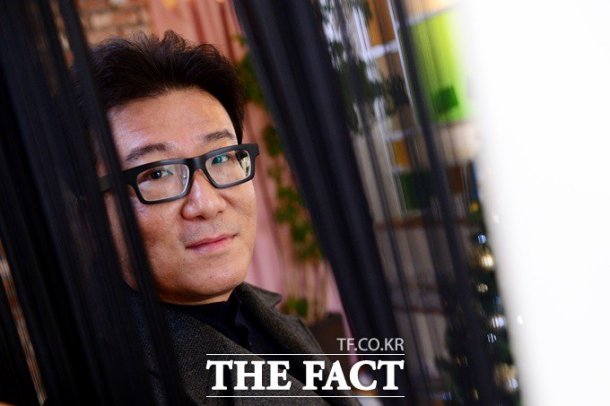 Director JK Youn, who succeeded in gathering 10 million viewers with "Haeundae" in 2009, is back. This time it's "Ode to My Father". Being the most controversial movie of the year, "Ode to My Father" has recorded 4.2 million audiences up to date.

It's all thanks to JK Youn for increasing the value of the movie. There aren't many directors whose name brings about curiosity to the public. However, they remember JK Youn. It could've been pressure for him to come back with a movie for the first time in 5 years.

"I've watched the movie a million times while making it and I wanted it to look true. I hoped the public will feel it too. There's bitterness in the movie. I wish they'd look at the truth and honesty in the movie and not be biased about it. I wish they'd wonder how our parents lived and loved". 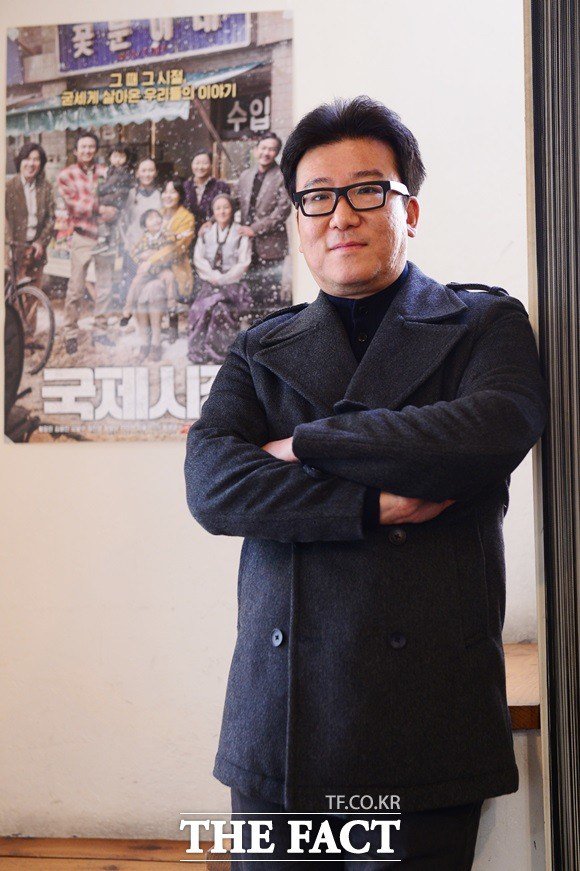 "Ode to My Father" is made up of 4 of the major social events that passed us in the 1950s and 1980s. Political and financial cases have been left out and the movie deals with the social matters such as the Korean War, the German dispatch, the Vietnam War and visits of separated families in North and South Korea. It wasn't easy fitting in years of history into a 2 hour film. That was tough indeed JK Youn says.

"Collecting information about those 4 events took me the most time. I started after "Haeundae" but the final drafts were only ready in 2012. It took me 3 years. It was tough as there is history and culture in the historical events but I had to stay focused because I had to squeeze it into 2 hours of film. Many say there isn't any political criticism in my movie because there's no politics involved but I wanted to remove anything politically social. I wanted people to watch the movie from a father's point of view.

It wasn't easy unfolding this era under such limited conditions. We asked if there was one periodical event he wanted to use in particular and he said the 'Middle East Construction Boom'.

"I really thought about it a lot. I had to choose and focus. There are a lot of parts to spare but I wanted to put in the Middle East Constructions the most. There were many people who went abroad and went through sacrifice for their families. However, that would make the movie about 5 great social issues and I think I did well by leaving it out".

However, because there are four social issues to be dealt with, some say the movie feels repeated and boring. "I know that and I knew there would be a risk. The climax would have to be repeated because there are 4 elements in the movie. So as a director I decided to add recent events into it. It's like a summary of the Busan "Ggotbun" story. I intended on using current issues to reflect back into the past and put in a lot of time and effort into the switch". 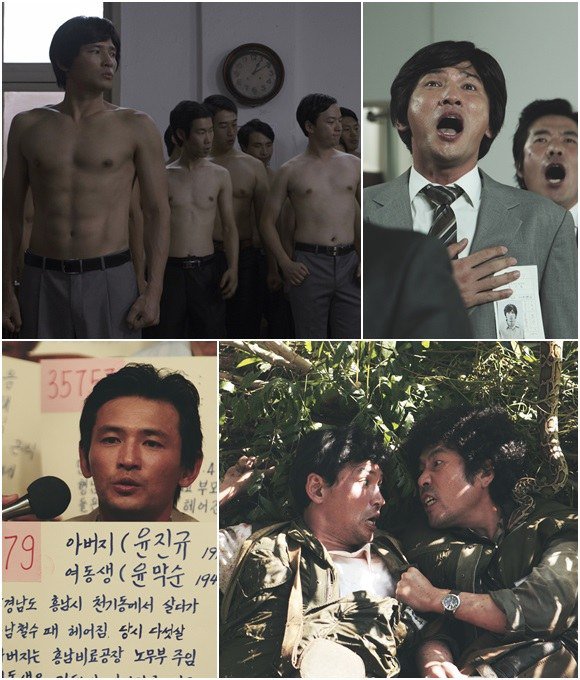 "I respect him as an actor. An actor has to bring out more than what the director wants and he did more than that. I was in awe. I like him as a person too and I thought, 'actors can be as humane as him. He's innocent'. I had a lot to learn from him. I asked only for sincerity towards the movie. Not exaggerated nor contained. I knew sincerity would relate with the public. I want to work with Hwang Jung-min for the rest of my life".

JK Youn also mentioned Yunho from TVXQ who made a cameo appearance as well as Kim Yunjin, Oh Dal-soo, Ra Mi-ran, Jang Yeong-nam and Jung Jin-young. Yunho might sound random but he was the 'hidden card'.

"I wanted someone to play Nam-jin's younger character and it required a few things. He needed to know how to speak in the Jeolla dialect and needed to sing. So I looked at my list of singers and met Yunho for the first time. He is a great person. So polite. It would be a lie if I said I didn't have biased thoughts about singers who act. I always think acting comes before fame and Yunho was tested several times. He helped me break down the prejudice towards idol-actors but if I ever work with more of them again I will test them and give them a role that suits them".

It took JK Youn 5 years to come back with "Ode to My Father". That's how long it took him to edit the scenario and settle with investments and distributors. We asked him about his next challenge and he said, "There's no 'next' for directors".

"I haven't made detailed plans about the next movie. "Ode to My Father" has to do well first. I never think of the next one. The current one has to succeed for me to move onto a new one. It cost 1.8 billion won to produce "Ode to My Father" so I can't afford to lose money can I? I wish we would just pas breaking point. A director can succeed or fail. I always think like that. But I hope the next one doesn't take me 5 years to make. I want to communicate with the public as soon as possible". 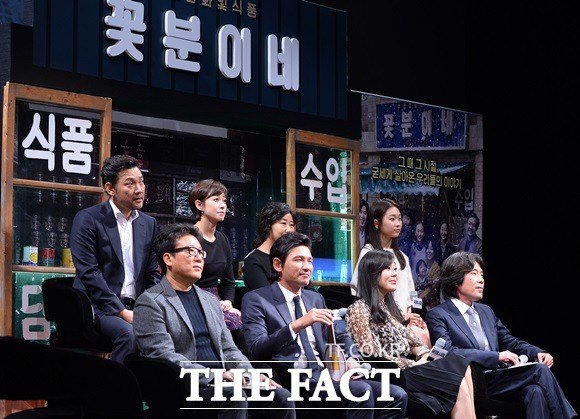 "[Interview] "Ode To My Father" director JK Youn"
by HanCinema is licensed under a Creative Commons Attribution-Share Alike 3.0 Unported License.
Based on a work from this source