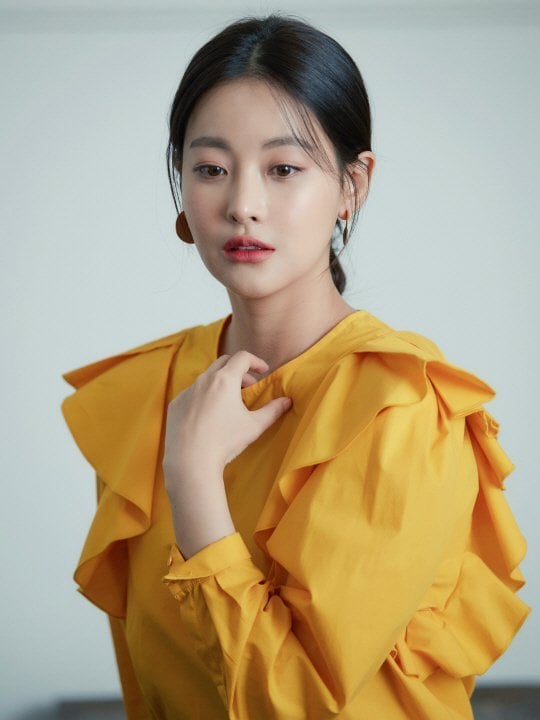 Actress Oh Yeon-seo is thirsty for the big screen.

She's back with "Cheese in the Trap - Movie". It's the first movie she's done since "Run-off" 2 years ago.

Oh Yeon-seo said, "I had been longing for a new challenge in a movie when I met "Cheese in the Trap - Movie". I was a fan and I was attracted to the character. There was pressure, but more because it was my last youth drama".

"I always look for new things and something different from what I did before. More experience means I can grow more. Movies are something I always want to do and I was happy to get the chance".

"Cheese in the Trap - Movie" is a movie based on the Naver web-toon "Cheese in the Trap" which has over a 110 million views. It's about Yoo Jeong (Park Hae-jin), a senior at school who is perfect but unreadable, and Hong Seol (Oh Yeon-seo), who is the only one who knows what he's thinking.

Oh Yeon-seo said, "The drama was a great deal to fit into the movie so concentration was key. Not everything could be fit into the movie, but the essence was there and I personally think anyone would enjoy it".

"The atmosphere on the set was great and every single character blended in well with each other. I think the movie is so pretty and it's coming out on White Day too".

"There was pressure about the movie because there is an original and expectations were high, but I let that go as I filmed it and the people around me told me good things".

"I feel greatly for the movie because it could be my last youth drama. I was lucky to be the leading actress here, but I'm open to any small roles. I hope there are more of them.

"Sometimes I may not be in the right character, but I don't mind making mistakes as I can get over them and improve myself".

"[Interview] Oh Yeon-seo is Thirsty to Film More Movies"
by HanCinema is licensed under a Creative Commons Attribution-Share Alike 3.0 Unported License.
Based on a work from this source