[Interview] On Joo-wan, "I like a person who arouses curiosity" 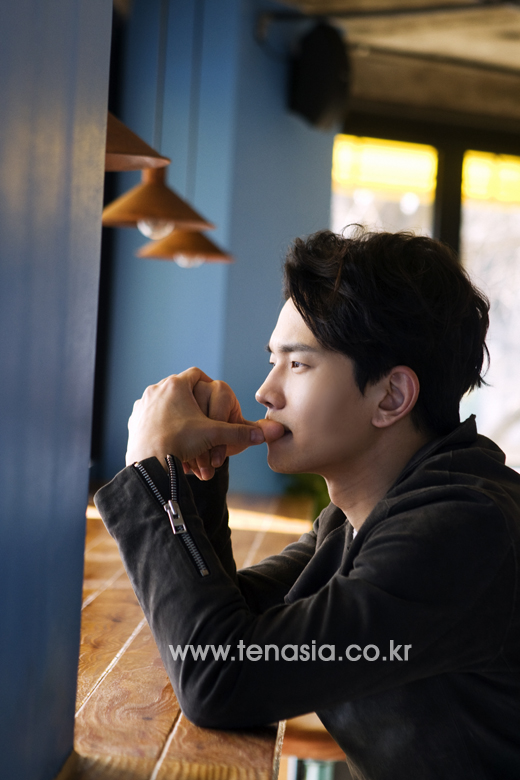 There's someone who rode the rollercoaster in this year's drama "Punch - Drama". On Joo-wan played investigator Lee Ho-seong who guarded Sin Ha-kyeong (Kim Ah-joong) in the beginning and then later stood in the middle of corruption. He smiles shyly as he says, "I took myself back to the middle. I am realizing more and more that communication is most important no matter what role you are in". Now 12 years into his career, the actor seems like he's still maturing and says he feels like he's caught a lucky break.

Q: Did you predict the success of "Punch - Drama"?

"The grown-ups in my hometown love it. They think it's the best thing that's ever happened to me. I had my trust in the producer and writer".

Q: There hasn't been that many dramas about powerful men but "Punch - Drama" is what every man in his 20s wants to be.

"I also thought about roles like this before. "Punch - Drama" definitely sets a good example of what a 'man' is.

"I started quite last minute. I usually take a couple months break after something but producer Lee Myeong-woo asked for a meeting right away. I had a beard and my hair was messy but he said, "Keep the 'stache but cut your hair a little bit. I asked if I got the role and went straight to making the poster.

Q: It must have not been easy to express the transformation of the character.

"The producer said he would like to laugh. Everyone else in "Punch - Drama" is quite serious so he wanted Ho-seong to have some humor. The important lines were said by Kim Rae-won and Cho Jae-hyun but they are flawless in what they do".

Q: It seems like Ho-seong is different in script and what was really shown in the drama. Apparently there was romance with Kim Ah-joong, too?

"Ho-seong is Sin Ha-kyeong's protector at first but he turns bad slowly. We thought it'd be strange if he ignored the relationship he had with her in the past so they decided to remain friends. I did want romance with her though, so I suggested we meet again". 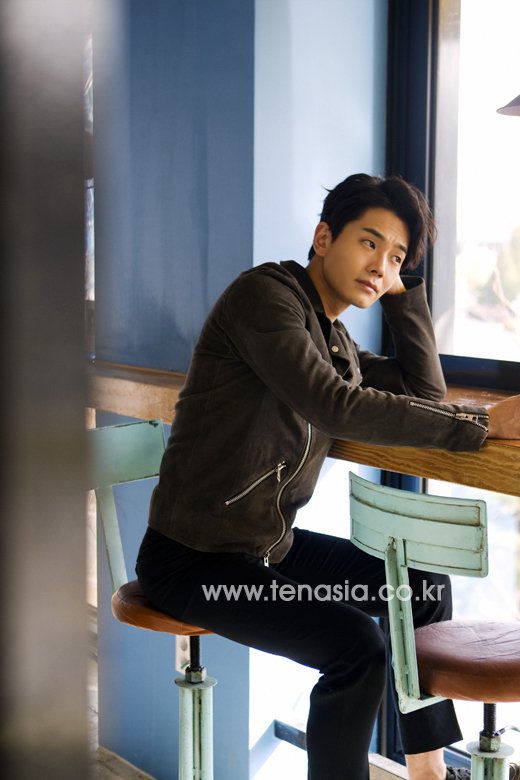 Q: Apparently the ending was also changed, is this true?

In the drama Ha-kyeong is hit by a car and Jeong-hwan gives her his heart but initially, it was Ho-seong who received the heart and going to the vineyard with Ha-kyeong and Ye-rin. The speed of evil grew and grew so the contents changed. However, there was a lot more to see than just mellow so it was eventually a people to people thing".

Q: Ho-seong was a curious character.

"There was a point where he turned bad but it would've been awkward if there was no impact. I told myself he would suddenly become a totally different person".

Q: It must have not been easy, suddenly changing character like that.

"I was able to be proud of that because Kim Ah-joong and Kim Rae-won complimented me a lot about it. That was my energy source. It was the first time I had 'changed' like that. That's also thanks to the writer. She told me people can change any moment".

Q: It looks like you did a lot of studying on human itself during this drama.

"I think a human can change according to the given surrounding. Even if I am a good guy, if I ever caught my girlfriend with someone else, I would flip. You can't say I'm bad or good in a situation like that. The writer saw through that when she wrote the script". 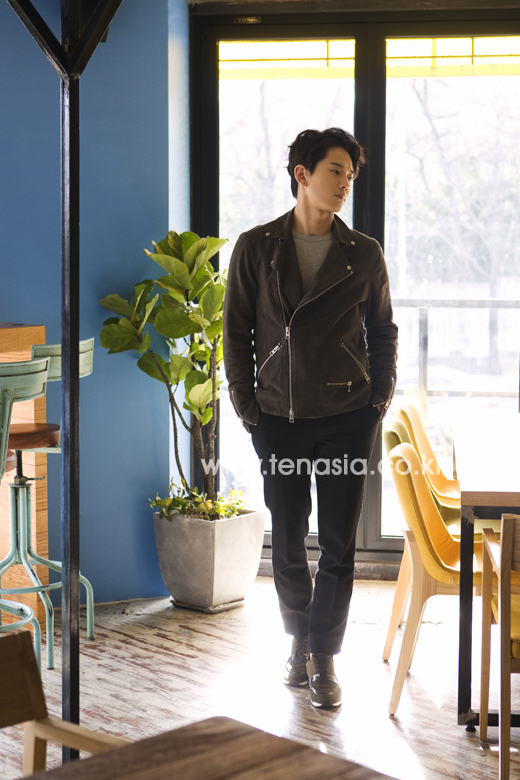 Q: It seems you were the youngest one on set.

"I had my authority as the youngest. I took care of everyone and became close to Kim Rae-won talking about good places to go eat. He suffered from the cold at one point, and I told him I could be there for him if he needed someone to come over to take care of him because we live in the same apartment building. Then he said I should call him too if I was ever sick. I get along well with older people and I don't have a lot of younger friends".

Q: You seem to tune in well with others.

"No one likes being uncomfortable. You have to spend months in the same space throughout the making of the drama but it would be hard to do that if there's space between us. I think acting is communicating and that means being able to connect with anyone on set.

Q: You are 12 years into your career. Do you think you're doing well?

"I've never thought about it. I still don't and that's the life of an actor".

Q: Do you think you've matured since your 20s?

"I did finish military service but it doesn't affect anything financially or mentally. I'll still be nervous in my 30s and 40s. You never know what's going to happen in life, but I'm going to keep going. I might die tomorrow or go bankrupt or make lots of money; you don't know what life has in store for you. I think I just have to live it out". 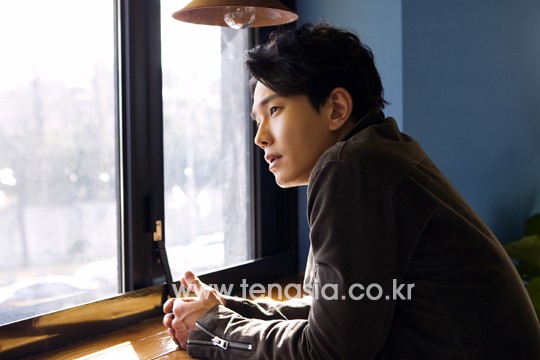 Q: You say you don't know life but you seem to have values of your own.

"If someone says something about my beliefs, I'll just agree and go on with my life. I don't like it when people try to justify their own thoughts. Everyone's thoughts are right. If you think you are the only one that's right, then that's like hitting a wall".

Q: Do you have plans for romance?

"I am quite tired at the moment. I used to think meeting many women was the right thing to do if I wanted to know who was right for me, but now I think differently. I'm not so young for that anymore. One day my relationship could lead to marriage and I have to be sincere".

Q: So you do have plans to get married?

"My mother wants a grandchild. I want to get married in my later 30s. A year passes by really fast. So I should start looking for someone now. I don't really care when friend ask me for romantic advice. They say I've 'dried up'".

Q: Since the start was good for you, surely you want more.

"I want to try bromance. I think the synergy with me will be great. A soft role is great, but I want to try being a bad guy until the end. Also, I want a younger actor to say to me one day, "I would like to work with you" like I did with Kim Rae-won".

"[Interview] On Joo-wan, "I like a person who arouses curiosity""
by HanCinema is licensed under a Creative Commons Attribution-Share Alike 3.0 Unported License.
Based on a work from this source