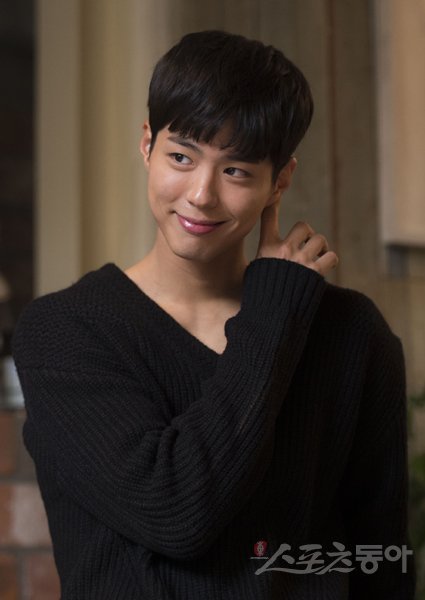 "I don't know if I deserve all this attention. I am afraid and I have a lot of weight on my shoulders".

From "Answer Me 1988" to "Moonlight Drawn by Clouds", Park Bo-gum has had a wonderful year with consecutive hits. Park Bo-gum is modest but lively and maybe that's because his recent drama "Moonlight Drawn by Clouds" started off and ended with a bang. He's the next greatest actor next to Song Joong-ki and he has even created phrases like 'Bo-geom ache' and 'Bo-geom magic'.

After the drama, the team were rewarded with a vacation to Cebu, the Philippines. He said, "I've never been this overly loved before and I wonder if I can ever experience something like this again. It's a blessing to have been able to meet this drama. A few days ago, I was in Cebu and so many fans were there to greet us. I told myself to be careful with every action".

He takes his time to say things but he knows what he wants to say. Then he starts speaking faster and that means he has a lot to say.

"Going to work was such a happy thing do to. If I get a zit, the lighting director would take care of it and the make-up team would make my face flow. I am so lucky. [Laughs]" 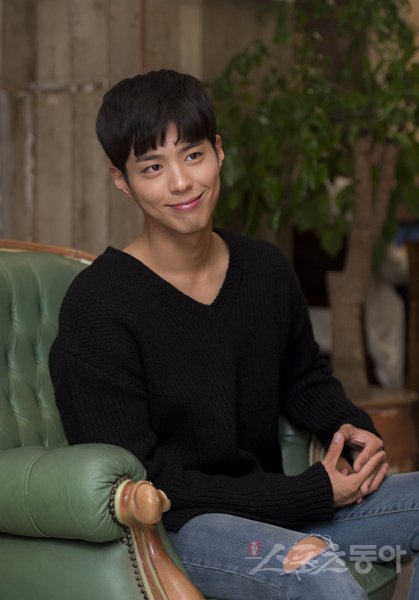 However, he was under a lot of pressure. He nearly cried. The joy of having been cast the first out of everyone didn't go a long way. When the filming started he couldn't understand his character and was confused. He's been in various dramas before but it was the first time he'd been in a historical drama and he was worried. Director Kim Seong-yoon even re-filmed some of the earlier scenes.

"I was sure I could do it at first but things didn't turn out as I wanted them to. I felt smaller the more I acted and I was embarrassed as an actor".

Still, with help from around him, he was able to find his path.

"I wasn't sure about being a delinquent. Song Joong-ki supported me a lot. He told me not to feel pressure and that Kim Yoo-jung who had to be a woman and a man at the same time should be feeling more pressure. I was comforted by that. Kim Yoo-jung is younger than me but she's got more experience than I have and I depended on her". Director Sin Won-ho from "Answer Me 1988" was also his mental pole. Park Bo-gum was able to lighten his load with his words of advice. Sin Won-ho had told him and the others, "You are all leaders in the drama and everyone makes it happen with what they are given".

Park Bo-gum attracts a crowd wherever he goes and that goes for the fan autograph session in Seoul and Cebu Airport. His fans range from teens to women in their 40s, 50s and even 70s.

"Cha Tae-hyun said I was as popular as Song Joong-ki. There were more teenagers before but now I can tell that the age range has become diverse. I like the phrase 'Bo-geom magic' the most. That's how much they love me".

Park Bo-gum has always been a 'good boy'. He calls himself, 'boring' and 'not fun'. However, he says he had the best time of his life in Cebu.

"It was a package trip so we had assigned places to eat. Kwak Dong-yeon, Jin Young, Kim Yoo-jung and I ran away from the group. I was the master plan of it. I wanted to do something wild. They were all thankful". In November, he has a photo shoot coming up and an Asian tour after that. It's a new path he hasto start on. Things have become different as he's been getting scenarios everyday and his value has gone up in photo shoots and ads.

He added, "I want to tell myself I've done a good job and never to lose focus on what I have".

"[Interview] Park Bo-gum is on top of the list for casting "
by HanCinema is licensed under a Creative Commons Attribution-Share Alike 3.0 Unported License.
Based on a work from this source