[Interview] Park Hae-jin Thinks He Would Make a Good Husband 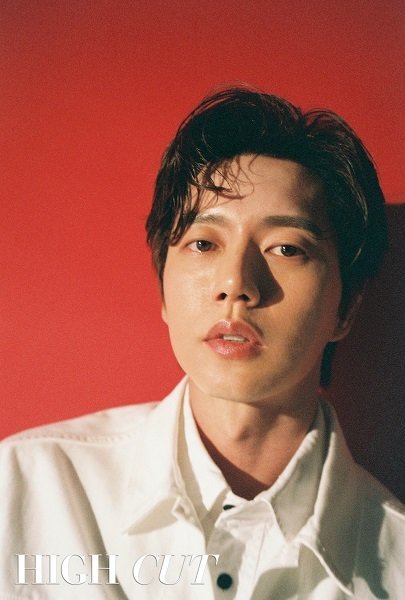 High Cut released pictures of Park Hae-jin. He looks like he's from the 1990s with his messy part, gel, and vintage styling. In one, he is in a tub with scented candles around him.

He starred in the drama "Cheese in the Trap" and now in the film version.. In the following interview, he said, "The movie is a romantic thriller. My character Yoo Jeong is much brighter than he was in the drama. I'm just a normal guy. The drama portrays me as a 'strange' guy, but in the movie I'm just 'mysterious' to Seol".

He was asked who was attracted to; someone like him or someone not like him for a wife figure and he said, "I like both. I don't care but I don't know how she would like it. I like to clean up after myself as I go, but people tell me I'm too hasty. Even though I may not be good in relationships, I would be a good husband". 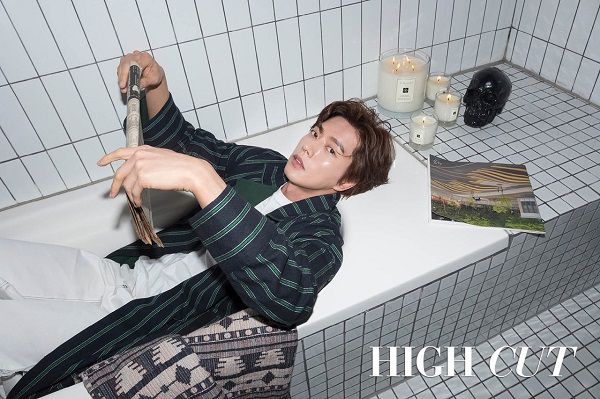 "[Interview] Park Hae-jin Thinks He Would Make a Good Husband"
by HanCinema is licensed under a Creative Commons Attribution-Share Alike 3.0 Unported License.
Based on a work from this source